As previously disclosed, on April 6, 2020, Inspired Entertainment, Inc., a Delaware corporation (“Inspired”), entered into an Extended Grace Period Letter Agreement (the “April Amendment”) and, on June 15, 2020, entered into a subsequent letter agreement (the “First June Amendment”), in each case, to the Senior Facilities Agreement, dated as of September 27, 2019 (the “SFA”), by and among Inspired, Gaming Acquisitions Limited, Nomura International plc, Macquarie Corporate Holdings Pty Limited (UK Branch), certain lenders named therein, Lucid Agency Services Limited, as agent, and Lucid Trustee Services Limited. Among other things, the April Amendment and the First June Amendment (i) increased the grace period applicable to payment defaults for non-payment of interest with respect to certain interest payments that became due on April 1, 2020 from three business days to June 22, 2020 and (ii) contemplated a restatement of the SFA to reflect terms identified in the First June Amendment.

On June 22, 2020, Inspired and Lucid Agency Services Limited, as agent under the SFA, entered into a letter agreement (the “Second June Amendment”), which further extended the Extended Grace Period (as defined in the April Agreement) to the earlier of 5:00 p.m. (London time) on June 24, 2020 and the date on which certain amendments to the SFA become effective. The terms of the Second June Amendment are otherwise the same as the terms of the First June Amendment in all material respects.

The ARA amends the SFA by, among other things, (i) capitalizing certain interest payments that fell due on April 1, 2020, (ii) resetting the leverage and capital expenditure financial covenants applicable under the SFA, removing certain rating requirements under the SFA, (iii) allowing Inspired and its subsidiaries to incur additional indebtedness under the UK Coronavirus Large Business Interruption Loan Scheme under a stand-alone facility, which may rank pari passu or junior to the facilities under the SFA, in an amount not exceeding £10,000,000, (iv) removing certain rating requirements under the SFA, (v) limiting the ability of Inspired and its subsidiaries to incur additional indebtedness, including by reducing the amount of general indebtedness Inspired and its subsidiaries are permitted to incur and removing the ability to incur senior secured, second lien and unsecured indebtedness in an amount not exceeding the aggregate of (A) an unlimited amount, as long as, pro forma for the utilization of such indebtedness, the consolidated total net leverage ratio does not exceed the lower of 3.4:1 and the then applicable ratio with respect to the consolidated total net leverage financial covenant summarized further below, plus (B) an amount equal to the greater of £16,000,000 and 25% of the consolidated pro forma EBITDA of Inspired and its subsidiaries for the relevant period (as defined in the SFA, but disregarding, for the purposes of calculating the usage of such cap, any financial indebtedness applied to refinancing other financial indebtedness, together with any related interest, fees, costs and expenses), (vi) increasing the margin applicable to the Facilities (as defined in the SFA) by 1% and adding an additional payment-in-kind margin of 0.75% payable on any principal amounts outstanding under Facility B (as defined in the SFA) after September 24, 2021 (the “Relevant Date”), (vii) adding an exit fee payable by Inspired with respect to any repayment or prepayment of Facility B after the Relevant Date at the time of such repayment or prepayment in an amount equal to 0.75% of the principal amount of Facility B being repaid or prepaid, (viii) removing any ability to carry forward or carry back any unused allowance under the capital expenditure financial covenant in the SFA and (ix) granting certain additional information rights to the lenders under the SFA, including the provision of a budget, and certain board observation rights until December 31, 2022. All other material terms of the SFA remain unchanged in all material respects and are described in Item 1.01 of the Current Report on Form 8-K filed by Inspired with the Securities and Exchange Commission on October 2, 2019, which is incorporated herein by reference.

In consideration for the amendments listed above, Inspired agreed to pay the lenders an amendment fee equal to 1% of the Total Commitments (as defined in the SFA) after giving effect to the capitalization of the interest payment described above. The amendment fee is payable to the lenders pro rata to their commitments under the SFA.

The foregoing description of the ARA does not purport to be complete and is qualified in its entirety by reference to the full text of the ARA, which is filed as Exhibit 10.3 to this Current Report on Form 8-K and is incorporated herein by reference.

The information set forth under “Commitment Letter” and “Certain Relationships” in Item 1.01 of the Current Report on Form 8-K filed by Inspired with the Securities and Exchange Commission on June 11, 2019 is incorporated herein by reference.

In the ordinary course of their respective businesses, certain of the agents and lenders, or their respective affiliates, under the SFA have performed, and may in the future perform, commercial banking, investment banking, advisory or other financial services for Inspired and its subsidiaries for which they have received, and will receive, customary fees and expenses.

The information set forth in Item 1.01 above is incorporated herein by reference.

On June 25, 2020, Inspired issued a press release announcing entry into the ARA. A copy of the press release is furnished as Exhibit 99.1 hereto and incorporated by reference herein. 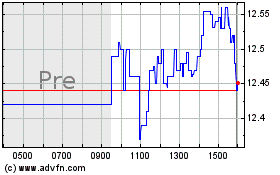