"As a leader in digital assets and blockchain technologies, we recognize and embrace the NFT revolution and this transformative digital marketplace that is growing at a rapid pace. Network's creative leadership and reputation as producers of premium content for global audiences, alongside their access to valued intellectual property, presented the perfect opportunity to forge a strategic relationship to embrace the NFT revolution together," said Frank Holmes, Chairman of HIVE Blockchain Technologies.

"This is a defining moment for Network, as we add a new dimension to our established reputation creating premium content in the pop culture universe. We are excited to welcome Frank Holmes and HIVE Blockchain as a dynamic new shareholder. HIVE'S reputation and expertise as a blockchain industry leader is a compelling endorsement for Network and our vision to embrace the NFT digital ecosystem. Our team is inspired to create dynamic digital content for this emerging NFT ecosystem utilizing past, current, and future intellectual property with the intention being to revolutionize the monetization of premium content," said Derik Murray, Founder and CEO of Network.

Network Chairman, Ali Pejman added, "Over the course of the past 10 years, Network has meticulously established itself as a trusted storyteller and partner to some of world's foremost broadcasters, streamers, distributors, and A-list talent. The Company will continue to build on that momentum, now adding NFTs to its visionary content creation and production pipeline. It is an exciting inflection point of content and technology, and we are pleased to have Frank Holmes and HIVE Blockchain supporting this exciting new dimension of our business," said Ali Pejman,

Certain insiders of the Company acquired Shares in the Offering. This participation by insiders in the Offering constitutes a "related party transaction" as defined under Multilateral Instrument 61-101 Protection of Minority Security Holders in Special Transactions ("MI 61-101"). However, the Company considers such participation to be exempt from the formal valuation and minority shareholder approval requirements of MI 61-101 as neither fair market value of the Shares subscribed for by the insiders, nor the consideration for the Shares paid by such insiders, will exceed 25% of the Company's market capitalization.

Network will use the net proceeds of the Offering primarily for ancillary business opportunities, operations, research, and development of NFT content initiatives, and working capital requirements.

The securities issued under the Offering are subject to a statutory hold period, expiring February 28, 2022, being four months and one day from the date of issuance of such securities. The Offering is subject to certain conditions including, but not limited to, the receipt of all necessary approvals, including the final approval of the TSX Venture Exchange and the applicable securities regulatory authorities.

Network also announces today that it has granted incentive stock options to certain directors, officers, employees, and consultants for the right to purchase an aggregate of 690,000 Common Shares of the Company. These options are exercisable at a price of $0.16 per Share for a term of five (5) years.  The terms of the options granted are in accordance with the Company's Fixed Share Option Plan as approved by its shareholders on October 10, 2019.  The option grants are subject to TSX Venture Exchange approval.

The Company's most recent productions include PUNK, a four-part series for EPIX with executive producers John Varvatos and Iggy Pop, the feature documentaries I Am Richard Pryor, which premiered at the SXSW Film Festival, and I Am Patrick Swayze, which premiered at the San Antonio Film Festival, winning the Festival Grand Prize, and The Age of A.I., a YouTube Originals series hosted and executive produced by Robert Downey Jr.

Network's offices, production and post production facilities are located in Vancouver and Los Angeles, and the company is represented by ICM Partners.

HIVE is a growth-oriented technology stock in the emergent blockchain industry. As a company whose shares trade on a major stock exchange, we are building a bridge between the digital currency and blockchain sector and traditional capital markets. HIVE owns state-of-the-art, green energy-powered data centre facilities in Canada, Sweden, and Iceland, where we source only green energy to mine on the cloud and HODL both Ethereum and Bitcoin. Since the beginning of 2021, HIVE has held in secure storage the majority of its ETH and BTC coin mining rewards. Our shares provide investors with exposure to the operating margins of digital currency mining, as well as a portfolio of cryptocurrencies such as ETH and BTC. Because HIVE also owns hard assets such as data centers and advanced multi-use servers, we believe our shares offer investors an attractive way to gain exposure to the cryptocurrency space. HIVE traded over 2 billion shares in 2020.

We encourage you to visit HIVE's YouTube channel here to learn more about HIVE. 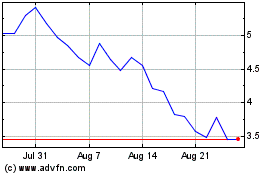 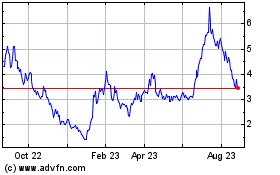 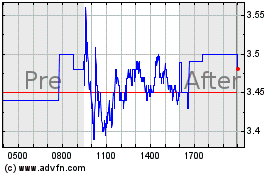