Also effective June 14, 2021, Jeffrey S. Mathiesen was appointed as Chief Financial Officer and Treasurer of the Company. Mr. Mathiesen, age 60, has served as a member of the Company’s Board of Directors from June 2020 to June 2021. Additionally, Mr. Mathiesen has served as Vice Chair and Lead Independent Director since March 2020 and as Director and Audit Committee Chair, since 2015, of Panbela Therapeutics, Inc. (Nasdaq: PBLA), a publicly traded, clinical stage biopharmaceutical company developing therapies for pancreatic diseases. Mr. Mathiesen has also served as Director and Audit Committee Chair of NeuroOne Medical Technologies Corporation (Nasdaq: NMTC), a publicly traded medical technology company providing neuromodulation continuous EEG monitoring and treatment solutions for patients suffering from epilepsy and other nerve related disorders, since 2017, and eNeura, Inc., a privately held medical technology company providing therapy for both acute treatment and prevention of migraine, from 2018 to 2020. Mr. Mathiesen served as Advisor to the CEO of Teewinot Life Sciences Corporation, a privately held global leader in the biosynthetic development and production of cannabinoids and their derivatives for consumer and pharmaceutical products, from October 2019 to December 2019, and served as Chief Financial Officer from March 2019 to October 2019. In August 2020, Teewinot Life Insurance Sciences filed a voluntary petition under Chapter 11 of the United Stated Bankrupcy Code. Mr. Mathiesen previously served as Chief Financial Officer of Gemphire Therapeutics Inc., which was acquired by NeuroBo Pharmaceuticals, Inc. (Nasdaq: NRBO) in January 2020, a publicly-held clinical-stage biopharmaceutical company developing therapies for patients with cardiometabolic disorders, from 2015 to 2018, and as Chief Financial Officer of Sunshine Heart, Inc. (Nasdaq: CHFS), a publicly-held early-stage medical device company, from 2011 to 2015. Mr. Mathiesen began his career at Deloitte & Touche LLP in 1983. Mr. Mathiesen received a B.S. in Accounting from the University of South Dakota and is a Certified Public Accountant.

Following the appointments described above, Mr. Andreeff will continue to serve as a director of the Company. Mr. Mathiesen resigned from the Board of Directors of the Company and all committees thereof, and the Board of Directors reduced its size from six directors to five directors, effective June 14, 2021. Mr. Mathiesen’s decision to resign is not the result of any disagreement with the Company and was in connection with his appointment as Chief Financial Officer and Treasurer.

The Employment Agreements entitle Mr. Andreeff and Mr. Mathiesen to, among other benefits, the following compensation:

•                  Prompt reimbursement for all reasonable expenses in accordance with the plans, practices, policies and programs of the Company; and

Pursuant to the Employment Agreements, on June 14, 2021, Mr. Andreeff and Mr. Mathiesen were granted an option to purchase 261,000 shares and 103,000 shares, respectively, of Class A Common Stock under the Company’s 2018 Omnibus Incentive Plan, as amended (the “Plan”), at a per share exercise price equal to the closing price of the Company’s Class A Common Stock on the Nasdaq Capital Market on such date. The option awards will be evidenced by a stock option grant notice and option agreement substantially in the form included as Exhibit 10.3 to this Current Report on Form 8-K and incorporated herein by reference.  The options have a 10 year term, and the shares subject to the options shall vest and become exercisable as follows, subject to the Mr. Andreeff or Mr. Mathiesen’s continuous service with the Company or an affiliate through such vesting dates:

In the event that the Company consummates a transaction that constitutes a Change in Control (as defined in the Employment Agreements), then all of the unvested shares underlying such options shall fully vest and become exercisable immediately prior to the effectiveness of such change in control.

In the event of Mr. Andreeff or Mr. Mathiesen’s death during the employment period or a termination due to disability, such officer or his beneficiaries or legal representatives shall be provided any annual base salary earned, but unpaid, for services rendered to the Company on or prior to the date on which the employment period ends and certain other benefits provided for in the Employment Agreements (the “Unconditional Entitlements”). In the event of termination for cause by the Company or the termination of employment as a result of resignation without good reason, Mr. Andreeff and Mr. Mathiesen shall be provided the Unconditional Entitlements.

In the event of a resignation by Mr. Andreeff or Mr. Mathiesen for good reason, the exercise by the Company of its right to terminate such officer other than for cause, death or disability or the Company’s election not to extend the employment period upon expiration of the Initial Term or any renewal term (not within twelve months following or three months prior to the effective date of a Change in Control), such officer shall receive the Unconditional Entitlements and, subject to such officer signing and delivering to the Company and not revoking a general release of claims in favor of the Company and certain related parties, the Company shall provide such officer (i) a severance amount equal to the sum of his annual base salary as of the termination date and a pro-rated portion of his cash bonus for the year in which the termination occurs (the “Severance Amount”), (ii) Company-paid continued medical coverage for up to twelve months following such termination, and (iii) continued vesting of equity awards that would have vested if he had remained employed with the Company through the end of the then remaining portion of the Initial Term or the Renewal Term, as applicable (the “Conditional Benefits”).

In the event of a resignation by Mr. Andreeff or Mr. Mathiesen for good reason, the exercise by the Company of its right to terminate such officer other than for cause, death or disability or the Company’s election not to extend the employment period upon expiration of the Initial Term or any renewal term, in each case, within twelve months following or three months prior to the effective date of a Change in Control, such officer shall receive (i) the Unconditional Entitlements, (ii) 2.0 times or 1.5 times, respectively, the sum of his annual base salary and target cash bonus, (iii) accelerated vesting of all equity awards that were assumed, continued or substituted by the surviving or acquiring corporation in the Change in Control and remain subject to time-based vesting conditions, if any, and (iv) the Conditional Benefits except the Severance Amount.

During employment and for the one year period after termination, each of Mr. Andreeff and Mr. Mathiesen is subject to non-solicitation and non-competition requirements.

On June 15, 2021, the Company issued a press release announcing the appointment of Mr. Andreeff and Mr. Mathiesen. A copy of the press release is furnished herewith as Exhibit 99.1 hereto.

The information in this Item 7.01, including Exhibit 99.1 attached hereto, is being furnished, shall not be deemed “filed” for any purpose, and shall not be deemed incorporated by reference in any filing under the Securities Act of 1933, as amended, or the Securities Exchange Act of 1934, as amended, except as expressly set forth by specific reference in such a filing. 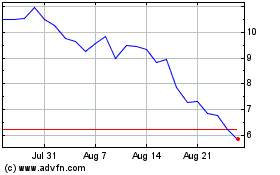 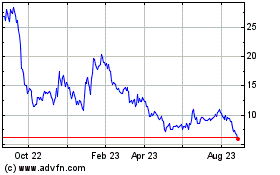 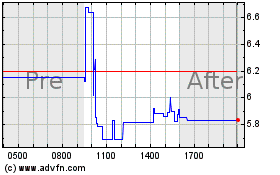