People have been asking us, "How did the Superhero Kindergarten Sneak Peek do?"

The results are in, and I’m proud to report that Stan Lee’s Superhero Kindergarten ‘Sneak Peek' weekend, starring Arnold Schwarzenegger, (Jan 29th - 31st) was a massive success for Kartoon Channel!

The Sneak Peek drove an increase in all key metrics that we track for Kartoon Channel!, in particular, hours of viewership, unique users, and application installs.

These results bode well not only for the launch of the full series later this year, but additionally for the accompanying consumer products program, and the growth and success of Kartoon Channel! overall.

We were delighted by the results, and we asked ourselves if they would be retained at the end of the Sneak Peek weekend, and would we be able to experience growth from our baseline? The answer was...YES.

Not only after the weekend, but for the following three weeks and continuing, every metric we consider material, showed growth.

While we don’t turn on the Marketing 'Fire Hose’ until the series premieres in April, we are now witnessing organic growth at extremely high levels… greater than we anticipated.

We noticed something else. There was tremendous engagement with the show from the social media platforms of both Arnold Schwarzenegger and Stan Lee.

On Tuesday we announced the license of five hit animated SCOOBY-DOO! movies acquired from Warner Bros. for Kartoon Channel!. Scooby-Doo! is one of the most successful properties in the history of children’s television. Having five Scooby animated movies to drive viewing and market as big events, is in itself a big event for the channel! (And, it’s a particular pride for me, since I began my career as a young writer working under Joe Barbera of Hanna-Barbera Productions, and my very first episode written was for Scooby-Doo!)

Kartoon Channel! is well on its way to becoming a top destination for kids families and an extraordinarily valuable asset in the Genius Brands overall portfolio.

1. STREAMINGToday, we are on a ‘rising sea.’ That sea is called STREAMING. One can’t pick up an article anywhere these days without reading about the migration of viewers to streaming services, and the importance of kids content in particular. Kartoon Channel! is a streaming service, but it is exclusively for kids and their families.

2. PREMIER ORIGINAL CONTENTWe are delivering Premium Original Content. Stan Lee’s Superhero Kindergarten, starring Arnold Schwarzenegger, and Shaq’s Garage, starring legend Shaquille O'Neal, are examples. They are destination programs. The only place they can be seen initially will be on Kartoon Channel!. Successful networks must have destination programs. HBO had Game of Thrones. Netflix had House of Cards. Fox Kids had Power Rangers. CW had Pokémon. Nickelodeon had SpongeBob. Kartoon Channel! has Stan Lee's Superhero Kindergarten and Shaq’s Garage, and a lot more coming, to be announced.

3. PREMIER ACQUIRED CONTENTLike Scooby-Doo from Warner Bros., and the Wubbulous World of Dr. Seuss from The Jim Henson Company, we are populating our channel with what we believe is the best children's content to be acquired in the marketplace.

4. FREE!We are a streaming service like Netflix, or HBO Max, or Disney+, or Discovery+, but unlike any of the above, or other subscription services, KARTOON CHANNEL! IS FREE!

*We do operate a commercial-free product only on Amazon Prime for a very narrow tranche of our viewership.

5. ETHOSKartoon Channel! has carved out its very distinct ethos and program code. We call it ‘Content with a Purpose.’ It is safe. It is kid-friendly, parent-friendly, advertiser-friendly. The programs on Kartoon Channel! are not violent, there are no negative stereotypes, and there is never inappropriate language. We tell thoughtful stories.

6. HUMAN CAPITALLed by industry legend Margaret Loesch, former President of Marvel Entertainment, The Jim Henson Productions, Fox Kids, and the Hub, Kartoon Channel! continues to attract the most accomplished and successful broadcasters, producers and marketers in the kids business today including our brilliant and talented GM, Jon Ollwerther. Alongside both of them is Chief Content Officer, the former President of Walt Disney Television, David Neuman. And overseeing Marketing is Harold Chizick, CEO of Chizcomm/Beacon Media… our recent acquisition and the largest media and marketing agency to kids in North America. The team at Kartoon Channel! is accomplished, motivated, and focused on creating meaningful value for Genius Brands shareholders, by building it into the most important destination for kids anywhere.

7. FAST CHANNELThis morning we announced the ‘KARTOON FAST CHANNEL.’ A Fast Channel (Free Advertiser Supported Streaming Television) is a linear channel that is programmed and always ‘on.' When you go to Kartoon Channel, in addition to our regular On Demand service for kids to search and stream their favorite shows, now we also have an ‘always on’ programmed channel to choose from. It is literally the best of all worlds for our young viewers!

As a final note, people continue to ask when we will officially announce our news with Marvel that has previously been referenced. Were it up to us, it would have been announced long ago, but we do not set Marvel’s press schedule, they do. I am happy to report, they have advised us that we can announce our deal with them no later than the end of March. And we will.

I should also add there have been other rumors regarding people and properties Genius Brands is working on and with. Needless to say, we cannot announce anything regarding people, properties or deals, unless and until an agreement is concluded. When such agreement occurs, and we are able, our shareholders can rest assured that we will announce it swiftly.

Exciting things are afoot at Genius Brands. We have a very strong balance sheet. The company has zero debt, and a substantial amount of cash on hand. We are looking at a number of important, and highly accretive acquisition targets.

If you missed the 'Stan Lee’s Superhero Kindergarten Sneak Peek' weekend, we want you to have one more chance to see it. Here is a window to see it again on Kartoon Channel!. This link will be active for 48 hours only.

If you did see it when it came out, then get ready because the full first episode will debut with the series on April 23rd, and kids and fans will get a new episode every week for 26 weeks… I have seen it and can tell you it is… WOW! In it, not only will Stan Lee have a cameo himself, as he will in every episode of Superhero Kindergarten, but we will introduce our villains. Stan Lee once told me that the greatest super-heroes have been the ones with the greatest super-villains because, ultimately, it is those super-villains who define the super-heroes. Stan made sure that his villains were never simply cardboard evil figures. Wait until you see Part 2 of the first episode of Superhero Kindergarten. I think you will agree, it will not disappoint.

Today, we feel Stan is looking down with a smile, about to watch his latest creation on Kartoon Channel!,… And of course, he is saying, "Excelsior!"

We are building a very special company, and we say thank you to our shareholders along with us!

Forward Looking Statements:Certain statements in this press release constitute "forward-looking statements" within the meaning of the federal securities laws. Words such as "may," "might," "will," "should," "believe," "expect," "anticipate," "estimate," "continue," "predict," "forecast," "project," "plan," "intend" or similar expressions, or statements regarding intent, belief, or current expectations, are forward-looking statements. While the Company believes these forward-looking statements are reasonable, undue reliance should not be placed on any such forward-looking statements, which are based on information available to us on the date of this release. These forward looking statements are based upon current estimates and assumptions and are subject to various risks and uncertainties, including without limitation, our ability to generate revenue or achieve profitability; our ability to obtain additional financing on acceptable terms, if at all; the potential issuance of a significant number of shares, which will dilute our equity holders; fluctuations in the results of our operations from period to period; general economic and financial conditions; our ability to anticipate changes in popular culture, media and movies, fashion and technology; competitive pressure from other distributors of content and within the retail market; our reliance on and relationships with third-party production and animation studios; our ability to market and advertise our products; our reliance on third-parties to promote our products; our ability to keep pace with technological advances; our ability to protect our intellectual property and those other risk factors set forth in the “Risk Factors” section of the Company’s most recent Annual Report on Form 10-K and in the Company's subsequent filings with the Securities and Exchange Commission (the "SEC"). Thus, actual results could be materially different. The Company expressly disclaims any obligation to update or alter statements whether as a result of new information, future events or otherwise, except as required by law. 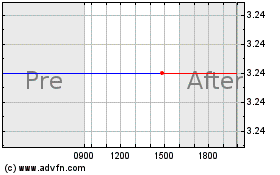