“It is only fitting that the comic book roots of Stan Lee, which began with Marvel, give birth to the next generation of great Stan Lee properties. I have long felt that the greatest Stan Lee characters and stories have yet to be told, and the next Marvel has yet to be built. That is Stan Lee Universe,” said Genius Brands CEO and Chairman, Andy Heyward. “Archie Comics are everywhere.  You can’t go to a supermarket checkout stand and not see them, and soon that will be the same with Stan Lee Universe.  Under the leadership of Jon Goldwater, shows like Riverdale and The Chilling Adventures of Sabrina have become huge hits. Jon understands better than anyone the unique value of Stan Lee and his ideas. There is no better publishing partner than Archie to bring Stan Lee Universe comics to market.”

The initial property slated for publication as a comic book in partnership with Archie will be Superhero Kindergarten.

“I had the great pleasure of knowing Stan Lee and understanding his genius,” said Archie Comics CEO/Publisher Jon Goldwater. “Getting the chance to partner with Andy and Genius Brands to introduce an entire universe of Stan Lee ideas to the comic book and graphic novel marketplace is an opportunity we can’t pass up.”

Concurrent with the announcement of the Archie Comics publishing deal, Genius Brands is proud to announce that Michael E. Uslan will bring his decades of experience and expertise to advise and help mine the great IP in the Stan Lee Universe to build ongoing global branded franchises.  The treasure chest of post-Marvel Stan Lee IP will be guided by Uslan, whose input will cover all film and TV development and production under the banner.

Uslan, who works with his son, David Uslan, is best known as the Originator and Executive Producer of the Batman movie series, starting with Tim Burton’s 1989 film, continuing through Christopher Nolan’s The Dark Knight Trilogy, Todd Phillips’s JOKER, and the upcoming The Batman in 2021. He also served as Executive Producer of Warner Bros. The Lego Movie (2014) and The Lego Movie 2: The Second Part (2019).

“Michael is the foremost expert today in comic book IP. Period.  He is the only person we ever considered to guide us through the process of building franchises under the banner of his idol, mentor, and friend, Stan Lee,” said Heyward.  “He was a close friend of Stan, and there is nobody more qualified to guide this creatively forward. Michael has stewarded some of the biggest and most successful hits from comic books through film, TV, and merchandising.”

Michael Uslan stated, “In my world, there is no bigger honor than to be entrusted to carry the mantle of Stan Lee forward.  This is taking the Olympic torch on the final leg up Mt. Olympus.   We look forward to bringing the most talented writers and artists in our field to the next generation of Stan Lee creations.”

The legendary Stan Lee was the Co-Creator of some of the most successful characters of all time, including Spider-Man, Iron Man, Black Panther, The Incredible Hulk, X-MEN, Thor, Silver Surfer, Ant-Man, Nick Fury, and The Avengers.  As the editor and a creative force behind Marvel Comics for decades, which was sold to the Walt Disney Company for $4.4 billion, Stan Lee CO-CREATED franchises that continue to prove to be worth billions of dollars.

About Archie ComicsArchie Comics is the leading mass market comic book publisher in the world and the home to a wide array of the most popular humor, action-adventure and superhero characters in entertainment, including Archie, Jughead, Betty and Veronica, Reggie, Kevin Keller, Josie and the Pussycats, Sabrina the Teenage Witch, Afterlife With Archie, the Dark Circle Comics superhero characters (The Black Hood, The Fox, The Shield, Sam Hill and more), Li'l Jinx and many more. Archie Comics have sold over 2 billion comics worldwide and are published around the world in a number of languages. In addition to comics, the Archie Comics characters are spotlighted weekly on The CW's Riverdale TV series and the Netflix series Chilling Adventures of Sabrina, and have been featured in animation, television, film and music. Follow Archie Comics on Twitter, Facebook, YouTube and the Archie Comics Store.

About Michael E. UslanMichael Uslan and his partner, Benjamin Melniker, formed Batfilm Productions and optioned the movie rights to Batman in 1979. The first movie, 1989’s Batman, took home an Academy Award and a People’s Choice Award for best movie. The Dark Knight Trilogy includes two top-grossing movies in history: The Dark Knight (2008) was nominated for eight Academy Awards, winning two, with Heath Ledger winning the Academy Award, BAFTA, and Golden Globe, for Best Supporting Actor; and The Dark Knight Rises (2012).  And JOKER is the top-grossing R-rated movie of all time, nominated for 11 Academy Awards, winning Best Actor and Best Score; and winner of two Golden Globes, also for Best Actor and Best Score. Other movies in the franchise include Batman Returns (1992), Batman: Mask of the Phantasm (1993), Batman Forever (1995), and the Lego Batman Movie (2017), among many others. 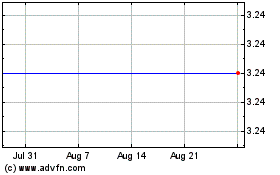 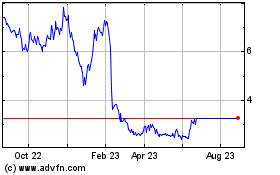 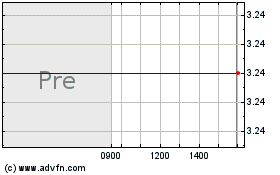