Not Applicable
(Former name or former address, if changed since last report)

In June 2021, following stabilization of the Company’s business and its resumption of public reporting of guidance concerning its financial results, the Compensation Committee determined to restructure the Cliff-Vesting RSUs granted to the Named Executive Officers in March 2021 to be 50% performance-based. Each Named Executive Officer voluntarily agreed to accept this modification of the terms of his respective Cliff-Vesting RSUs awarded in March 2021.

2.Adjusted EBIT Metric.  Satisfaction of this metric will be based on the Company achieving a target aggregate cumulative Adjusted EBIT during the performance period of fiscal 2022 through fiscal 2024 (the “Performance Period”). In determining Adjusted EBIT for a fiscal year, certain pre-established adjustments to

3.ROIC Metric.  Satisfaction of this metric will be based on the Company achieving a target average three-year ROIC during the Performance Period, reduced by a hypothetical tax rate of 30%. In determining ROIC for a fiscal year, certain pre-established adjustments to financial results reported under generally accepted accounting principles (GAAP) may apply in certain specified situations.

6.Settlement Upon PSU Vesting.  If a Named Executive Officer’s PSUs vest based on satisfaction of the metrics as described above, settlement of the applicable number of shares underlying the PSUs that have vested based upon the performance levels achieved, subject to any applicable tax withholding, will occur as soon as practicable after the vesting date, contingent on continued employment or other service to the Company through this date.

The number of shares of common stock to which the PSU awards relate will be appropriately adjusted in the event of stock splits, stock dividends and other extraordinary corporate events.

The foregoing descriptions of the terms of the PSU awards are qualified by reference to the full text of the form of Amended and Restated Restricted Stock Unit Agreement for these awards under the 2015 Plan, which is filed herewith as Exhibit 10.1. 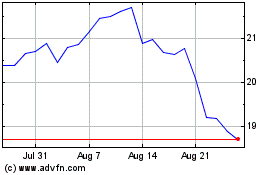 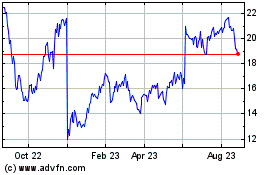 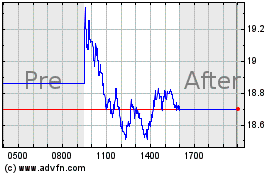