FONAR Corporation (NASDAQ-FONR), The Inventor of MR Scanning™, will ring the Nasdaq Stock Market Closing Bell on March 9, 2021. Nasdaq and FONAR selected this day as it is 50 years since the discovery of MRI by Raymond V. Damadian, M.D., FONAR’s founder and chairman, was published in the widely-read, peer-reviewed scientific journal Science on March 19, 1971.*

To access the live stream link for the FONAR Closing Bell Ceremony from Nasdaq visit: https://livestream.com/accounts/27896496/events/9548785.

Dr. Damadian said, “I got my first idea for MRI in 1969, and in 1970 made the discovery that is the basis for the making of every MRI image ever produced and the foundation of the MRI industry. This discovery is that there is a marked difference in the relaxation time of the NMR (MRI) signals between normal and cancerous tissues of the same type, as well as between different types of normal tissues. This discovery, published in the peer-reviewed journal ‘Science,’ marked the beginning of the MRI industry.”

The discovery resulted in the generation of the pronounced pixel contrast that was deficient in traditional medical imaging technology (x-ray, CT, 4%) and was needed for adequate visualization of the body's vital organs and assessment of their well-being. The pixel contrast provided by MRI imaging was raised to 131%. As reported in edubilla.com: “But without this discovery of the profound sensitivity of the relaxation time to different tissue types and malignant tissue THERE WOULD BE NO PICTURE AT ALL.”

Prior to this 1971 article in the journal Science, there was no realization that existing NMR test tube technology could be transformed into a scanner of the live human body. Soon scientists around the world began researching the discovery.

Dr. Damadian’s discovery, as reported in Science 1971, soon led to the first patent in MRI.** In 1977, with his two post doctorate students, Lawrence Minkoff, Ph.D., and Michael Goldsmith. Ph.D., he went on to make the world’s first MRI scanner.

Dr. Minkoff recalled the preparations for the world’s first MRI scan. He said: “Dr. Damadian agreed to be the first to go into a huge magnetic field and have resonating radio frequencies directed at his body and specifically the area around his heart. This was a risk as no one in the world to our knowledge had done this before. So the first time, a cardiologist was on hand to help if there was a problem. Unfortunately, the scan did not work. It was later determined that the coil needed further development. So, finally on the evening of July 2, we were able to get an NMR (MRI) signal from my chest. With this successful achievement we were then able to proceed and make the world’s first MRI image of a live human being.”

Dr. Damadian began FONAR, the world’s first dedicated MRI Company, in 1978, and the Company installed the world’s first commercial MRI in 1980. In 1981 FONAR became a NASDAQ-listed company. The Company, today, is at the Nasdaq Stock Market Closing Bell Ceremony delightedly celebrating the 50th anniversary of the birth of MRI.

* R. Damadian, “Tumor Detection by Nuclear Magnetic Resonance,” Science, Volume 171, pp.1151-1153. This paper was referenced by other Scientist-Authors in the field so frequently that it was recognized as a ‘Citation Classic’ by the Institute for Scientific Information, Philadelphia, PA, whose mission it is to monitor scientific citations.

** U.S. Patent #3,789,832, “Apparatus and Method for Detecting Cancer in Tissue,” (1974) that patented the relaxation differences and their use in medical scanning. It was acknowledged and enforced by the U.S. Supreme Court in 1997. There are currently more than 4,500 patents on MRI issued by the U.S. Patent Office.

FONAR, the Inventor of MR Scanning™, located in Melville, NY, was incorporated in 1978, and is the first, oldest and most experienced MRI company in the industry. FONAR introduced the world’s first commercial MRI in 1980, and went public in 1981. FONAR’s signature product is the FONAR UPRIGHT® Multi-Position™ MRI (also known as the STAND-UP® MRI), the only whole-body MRI that performs Position™ Imaging (pMRI™) and scans patients in numerous weight-bearing positions, i.e. standing, sitting, in flexion and extension, as well as the conventional lie-down position. The FONAR UPRIGHT® MRI often detects patient problems that other MRI scanners cannot because they are lie-down, ”weightless-only” scanners. The patient-friendly UPRIGHT® MRI has a near-zero patient claustrophobic rejection rate. As a FONAR customer states, “If the patient is claustrophobic in this scanner, they’ll be claustrophobic in my parking lot.” Approximately 85% of patients are scanned sitting while watching TV.

FONAR has new works-in-progress technology for visualizing and quantifying the cerebral hydraulics of the central nervous system, the flow of cerebrospinal fluid (CSF), which circulates throughout the brain and vertebral column at the rate of 32 quarts per day. This imaging and quantifying of the dynamics of this vital life-sustaining physiology of the body’s neurologic system has been made possible first by FONAR’s introduction of the MRI and now by this latest works-in-progress method for quantifying CSF in all the normal positions of the body, particularly in its upright flow against gravity. Patients with whiplash or other neck injuries are among those who will benefit from this new understanding.

FONAR’s substantial list of patents includes recent patents for its technology enabling full weight-bearing MRI imaging of all the gravity sensitive regions of the human anatomy, especially the brain, extremities and spine. It includes its newest technology for measuring the Upright cerebral hydraulics of the cerebrospinal fluid (CSF) of the central nervous system. FONAR’s UPRIGHT® Multi-Position™ MRI is the only scanner licensed under these patents.

UPRIGHT® and STAND-UP® are registered trademarks. The Inventor of MR Scanning™, CSP™, Multi-Position™, UPRIGHT RADIOLOGY™, The Proof is in the Picture™, pMRI™, CSF Videography™ and Dynamic™, are trademarks of FONAR Corporation.

This release may include forward-looking statements from the company that may or may not materialize. Additional information on factors that could potentially affect the company's financial results may be found in the company's filings with the Securities and Exchange Commission. 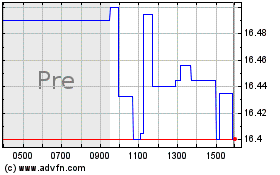