“The second quarter was marked by excellent progress across all areas of our business, most notably, ZILRETTA sales of $17 million, which reflect a 60% increase over the first quarter,” said Michael Clayman, M.D., President and Chief Executive Officer. “This impressive performance underscores our belief that ZILRETTA can become the leading branded intra-articular therapy for the management of OA knee pain.”

Indication: ZILRETTA (triamcinolone acetonide extended-release injectable suspension) is indicated as an intra-articular injection for the management of osteoarthritis pain of the knee. It is not intended for repeat administration.

Contraindication: ZILRETTA is contraindicated in patients who are hypersensitive to triamcinolone acetonide, corticosteroids or any components of the product.

About ZILRETTA On October 6, 2017, ZILRETTA was approved by the U.S. FDA as the first and only extended-release intra-articular therapy for patients confronting osteoarthritis-related knee pain. ZILRETTA employs proprietary microsphere technology combining triamcinolone acetonide — a commonly administered, short-acting corticosteroid — with a poly lactic-co-glycolic acid (PLGA) matrix to provide extended pain relief. The pivotal Phase 3 trial on which the approval of ZILRETTA was based showed that ZILRETTA significantly reduced knee pain for 12 weeks, with some people experiencing pain relief through Week 16. Learn more at www.zilretta.com.

About FX201FX201 is a pre-clinical, locally administered gene therapy product candidate designed to stimulate the production of an anti-inflammatory protein, interleukin-1 receptor antagonist (IL-1Ra), whenever inflammation is present within the joint. Inflammation is a known cause of pain, and chronic inflammation is thought to play a major role in the progression of OA. By persistently suppressing inflammation, Flexion believes FX201 holds the potential to both reduce OA pain and modify the disease. About Osteoarthritis (OA) of the Knee OA, also known as degenerative joint disease, affects more than 30 million Americans and accounts for more than $185 billion in annual expenditures. In 2017, approximately 15 million Americans were diagnosed with OA of the knee and the average age of physician-diagnosed knee OA has fallen by 16 years, from 72 in the 1990s to 56 in the 2010s. The prevalence of OA is expected to continue to increase as a result of aging, obesity and sports injuries. Each year, approximately five million OA patients receive either an immediate-release corticosteroid or hyaluronic acid intra-articular injection to manage their knee pain.

About Flexion Therapeutics Flexion Therapeutics (Nasdaq:FLXN) is a biopharmaceutical company focused on the development and commercialization of novel, local therapies for the treatment of patients with musculoskeletal conditions, beginning with osteoarthritis, a type of degenerative arthritis. The Company's core values are focus, ingenuity, tenacity, transparency and fun. For the past three years, Flexion has been named one of the Best Places to Work by the Boston Business Journal, and Flexion was recognized as a Top Place to Work in Massachusetts by The Boston Globe in 2017 and 2018.

Forward-Looking Statements This release contains forward-looking statements that are based on the current expectations and beliefs of Flexion. Statements in this press release regarding matters that are not historical facts, including, but not limited to, statements relating to the future of Flexion; Flexion’s plans and expected timing for clinical and regulatory milestones and activities; expected increases in the rate of individuals with OA of the knee; and the potential therapeutic and other benefits of ZILRETTA and FX201, are forward looking statements. These forward-looking statements are based on management's expectations and assumptions as of the date of this press release and are subject to numerous risks and uncertainties, which could cause actual results to differ materially from those expressed or implied by such statements. These risks and uncertainties include, without limitation; the risk that we may not be able to successfully maintain an effective sales force to commercialize ZILRETTA; competition from alternative therapies; risks inherent in clinical development and the regulatory approval process, including the risk that future clinical results will not be consistent with prior results, the risk that clinical trials may be delayed or terminated, and the risk that the FDA may not approve our regulatory submissions; the risk that we may not be able to maintain and enforce our intellectual property, including intellectual property related to ZILRETTA; the risk that ZILRETTA may not be successfully commercialized, including as a result of limitations in ZILRETTA's label and package insert information; risks regarding our ability to obtain adequate reimbursement from payers for ZILRETTA; risks related to the manufacture and distribution of ZILRETTA, including our reliance on sole sources of supply and distribution; risks related to key employees, markets, economic conditions, health care reform, prices and reimbursement rates; the risk that we may use our capital resources in ways that we do not currently expect; and other risks and uncertainties described in our filings with the Securities and Exchange Commission (SEC), including under the heading "Risk Factors" in our Quarterly Report on Form 10-Q for the quarter ended March 31, 2019 filed with the SEC on May 8, 2019 and subsequent filings with the SEC. The forward-looking statements in this press release speak only as of the date of this press release, and we undertake no obligation to update or revise any of the statements. We caution investors not to place considerable reliance on the forward-looking statements contained in this press release. 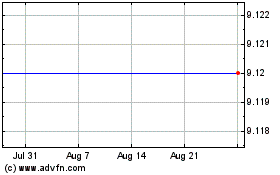 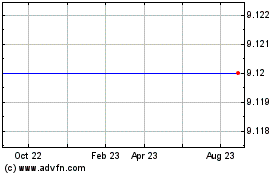 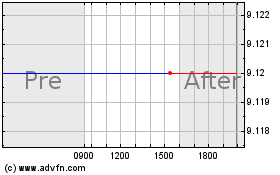