“Ms. DeFerie and Mr. Harvard represent the interests of North Carolina and Virginia members well and provide valuable contributions to the board and to FHLBank Atlanta. We are pleased to have both of them return,” said FHLBank Atlanta Chair of the Board of Directors, Rick Whaley. “We are also excited to welcome Ms. Payne and Ms. Saunders to the board. Ms. Saunders is CEO of the National Bankers Association, a prominent minority bankers association, and Ms. Payne is the former technology leader for a Fortune 500 company. The unique experiences and leadership of both are great additions to the FHLBank Atlanta board of directors,” said Whaley.

Ms. Payne was most recently senior vice president, technology strategy and enterprise portfolio, for McKesson Corporation in Alpharetta, Georgia. She has more than 25 years’ experience leading strategy, supply chain, and information technology for multiple organizations across multiple industries and geographies. Previously, Ms. Payne served as vice president and chief information officer of Avanos Medical (formerly known as Halyard Health Inc. (NYSE: HYH)), a medical technology company, from 2017 to 2019. From 2010 to 2016, she worked for Zimmer Biomet, a medical device manufacturer, earning promotion to the role of vice president and chief information officer. From 1999 to 2010, Ms. Payne worked for Johnson & Johnson’s medical device unit, serving most recently as worldwide vice president of program management. She began her career with the Kellogg Company’s information services division. She is a board member of Inspiredu in Atlanta as well as a member of the Dean’s Council for Purdue Polytechnic at Purdue University. She also serves on the Technology Advisory Board for Marian University.

Previously, she served as president and chief executive officer of M&F Bancorp, and its wholly owned subsidiary, Mechanics & Farmers Bank from 2007 to 2014, and as president and chief executive officer of Consolidated Bank and Trust Company from 2003 to 2007. From 2018 to 2019, Ms. Saunders served as a senior advisor for the Milken Institute’s Center for Financial Markets. She is a member of the board of directors for the Minbanc Foundation, and her former board service includes the North Carolina Museum of Art Foundation (Treasurer), the North Carolina Chamber of Commerce, the Wake Forest Baptist Medical Center Board of Visitors, the North Carolina Bankers Association, the North Carolina Central University Board of Trustees, and the United Way of the Greater Triangle. She also formerly served on the Independent Community Bankers Association’s Minority Banks Council (vice chairman), the Federal Reserve Bank of Richmond’s Community Depository Institutions Advisory Council, the inaugural Consumer Financial Protection Bureau’s Community Bank Advisory Council, and the FDIC’s Advisory Committee on Community Banking. Ms. Saunders launched her banking career with the Chase Manhattan Bank in New York City.

Mr. Harvard has served as president, chief executive officer, and director of First National Corporation (NASDAQ - FXNC) since 2011. He served as president, chief executive officer, and director of First Bank, an independent Virginia community bank, from 2011 to 2015 and has served as chief executive officer and director of First Bank since 2015. He previously served as a director of FHLBank Atlanta from 2003 to 2012, serving as chairman from 2007-2012. He served on the board of the Virginia Association of Community Banks from 2012 to 2014 and as a member of the executive committee of the Virginia Bankers Association (VBA), previously serving as its chairman. Mr. Harvard continues to serve on the VBA board and is chair of the VBA Education Foundation. He is also a director of Community Bankers Bank Financial Corp and its subsidiary, Community Bankers Bank in Richmond, Virginia. He also served on the Council of Federal Home Loan Banks. Mr. Harvard has served on numerous non-profit boards over his career and currently serves on the boards of the Top of Virginia Chamber of Commerce and the Shenandoah Valley Westminster Canterbury, and on the Advisory Board of the Shenandoah University School of Business. Mr. Harvard currently serves as vice chairman of the Credit and Member Services Committee and vice chairman of the Governance and Compensation Committee of the Bank’s board.

About the Federal Home Loan Bank of Atlanta 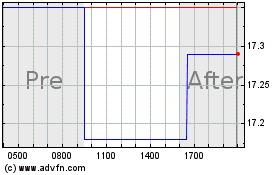