There's a lot of talk these days about the return of "irrational exuberance" -- the frothy stock market seen in the internet-stock bubble of the late 1990s. But a close look at the data suggests things are nowhere near that heated.

That doesn't mean the stock market won't fall in coming months, of course. But if it does, it will be for reasons other than speculative excesses rivaling those of two decades ago.

The term "irrational exuberance" traces to a now-famous speech in December 1996 by Alan Greenspan, then chairman of the Federal Reserve. Persuaded by comments by Yale University professor Robert Shiller, Mr. Greenspan wondered, "How do we know when irrational exuberance has unduly escalated asset values?" The comment caused a sensation among investors, and for years, the term and the date Mr. Greenspan uttered it was referenced whenever the press published stock charts on milestones in the markets.

Though the warnings from Mr. Greenspan and Prof. Shiller were sounded early, they were remarkably prescient. In the 2 1/2 years following the bursting of the internet-stock bubble, from March 2000 to October 2002, the Nasdaq Composite Index fell 78%. Years later, Prof. Shiller would be awarded the Nobel Prize in economics in part for the research that became the basis of his book "Irrational Exuberance."

There of course is plenty of anecdotal evidence that individual investors today are rushing into the market in a way reminiscent of the late 1990s. Commission-free brokerage platforms have experienced a surge in new customers, for example. And we're seeing huge swings in individual stocks -- sometimes, for little to no reason at all. Consider:

-- In the two weeks after Hertz declared bankruptcy, the company's stock doubled, and investors appeared eager to participate in a secondary offering. The company subsequently withdrew its offering after security regulators vowed to review it.

-- Though fracking company Chesapeake Energy indicated in May that it likely would have to declare bankruptcy, in just one session in early June its stock jumped more than 180%. The company in late June did formally file for chapter 11 protection.

-- On another day in June, stock in Chinese real-estate company Fangdd Network Group Ltd. jumped nearly 400% -- on no news. Many suspect that day traders erroneously believed investments in the company were bets on the performance of the highflying FAANG stocks -- Facebook, Amazon.com, Apple, Netflix and Google (owned by Alphabet) -- and that once the Chinese company's stock started rising, algorithmic trading took over.

Given these examples, it is hard to argue that there aren't pockets of irrational exuberance in the market. But that is far different than concluding that the market as a whole is as frothy as it was in the late 1990s. Our memories are notoriously unreliable when trying to make such comparisons, which is why it is important to rely on objective data.

In research done in the wake of the bursting of the internet-stock bubble, they identified five variables for comparing investor sentiment at different points in time and showing how that relates to stock performance. A composite of those indicators shows that the current market is far less exuberant than in the late 1990s.

It isn't even close, in fact. Consider what each of these five indicators currently is saying about the prevailing market mood:

-- Two measures relate to the new-issue market -- the number of initial public offerings and their average first-day return. In calendar 1999, according to data from University of Florida finance professor Jay Ritter, there were 476 IPOs, versus a much leaner 44 so far this year. The 1999 IPOs' average first-day return was 71%, more than double this year's 34%, indicating a much cooler market today. Although, as you can see from the accompanying chart, this year's average return is the highest since 2000.

-- The third variable tracks how public companies raised their capital: equity vs. debt. The theory goes that during periods of irrational exuberance, companies increasingly turn to the equity market to raise capital. In calendar 1999, the last full year before the top of the internet bubble, the equity proportion stood at 18%. So far in 2020, in contrast, it is less than half that, at 7.5%.

-- Another variable is the relative valuations of dividend-paying and non-dividend-paying companies. Profs. Baker and Wurgler think this is a good proxy for investor exuberance, because dividend payers tend to be older, more-established companies; during periods of speculative excess, however, investors usually turn toward highflying growth stocks that don't pay dividends.

-- The final indicator is the average closed-end-fund discount, which is the amount by which the average fund's price is below its per-share net asset value. At the market's bottom in March, this discount widened to one of the largest in history, suggesting extreme investor pessimism, according to Ryan Paylor, a portfolio manager with Thomas J. Herzfeld Advisors Inc. Though this average discount has narrowed since March, Mr. Paylor says that the discount remains deep by historical standards, indicating that closed-end fund investors "are leaning more towards fear than greed."

Given these stark differences between the market environments of the late 1990s and today, one may wonder why so many observers are quick to point to irrational exuberance. Is it more than just faulty memories at work?

One factor could be a predisposition among many bearish commentators to judge those who throw caution to the winds as having defects of character. Will Goetzmann, a finance professor at Yale University, says that this tendency appears especially strong right now among those who wish to rationalize why they missed the stock market's 40%-plus rally from its March low. "People seem to be quick to judge those who participated in the rally as being stupid," Prof. Goetzmann says.

It's not just that they believe the market will soon fall; they are prejudging those who will lose when the bubble bursts as getting what they deserve.

We'll leave the inscrutable question of what investors deserve to others -- forecasting the stock market's direction is difficult enough. At a minimum, we can confidently say that the current market environment isn't nearly as exuberant as it was at the top of the internet-stock bubble.

Mr. Hulbert is a columnist whose Hulbert Ratings tracks investment newsletters that pay a flat fee to be audited. He can be reached at reports@wsj.com. 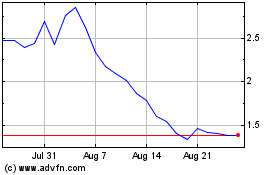 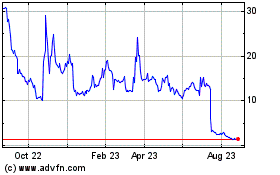 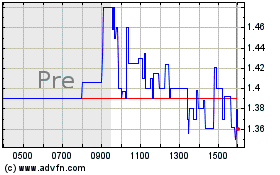