Enthusiast Gaming Holdings Inc. (“Enthusiast Gaming” or the “Company”) (NASDAQ:EGLX) (TSX:EGLX), the largest gaming media platform in North America, reaching over 300 million monthly video game and esports fans worldwide, is pleased to announce it has signed a partnership deal with ExitLag. ExitLag will be using Enthusiast Gaming’s extensive reach into the video gaming and esports market as the Latin American software developer seeks to make an impactful debut in the US with its proprietary technology to improve routing connections for gamers.

The partnership will utilize the full range of Enthusiast Gaming’s flywheel including: media, the creation of a custom series with influencers, gamer endorsement, and custom social content. The partnership will also include an official Luminosity Gaming sponsorship placing ExitLag’s logo on the team jersey, player and team advocacy, as well as significant product placement and endorsement during competitive play.

“ExitLag’s decision to partner with Enthusiast Gaming for their initial push into the US gaming and esports market once again demonstrates the capability of our platform of media assets to reach and engage with a broad and coveted audience,” commented Adrian Montgomery, CEO of Enthusiast Gaming. "This partnership highlights the unique nature of our overall flywheel in offering companies a custom and integrated approach to speak to the powerful GenZ and Millennial demographics, and we look forward to the benefits this partnership will bring to ExitLag and our gaming fan communities."

"ExitLag's mission with this partnership is to deliver an uninterrupted connection to all players in North American utilizing Enthusiast Gaming’s media strength and unique ability to reach the gaming community, and we are confident this coming together will be a success,” commented Átila Breowicz, CMO of ExitLag. “We are looking forward to reaching even more customers in North America and worldwide and providing Enthusiast Gaming’s fan communities with a superior experience.”

Enthusiast Gaming is building the largest media platform for video game and esports fans to connect and engage worldwide. Reaching over 300 million gamers every month, the Company is a member of the ‘Comscore 100’ ranking of the top Internet Properties in the US and the largest in the Gaming Information category on mobile devices. Combining the elements of its four core pillars; Media, Talent, Esports and Experiential, Enthusiast Gaming provides a unique engagement opportunity resulting in more points of connection than any other video game and esports platform, with unparalleled access to the influential and lucrative GenZ and Millennial audience. Through ownership and exclusivity of our array of digital media and entertainment assets, we have built a vast and proprietary network of like-minded communities - we own the fan experience.

The Company’s Media segment comprises 100+ gaming related websites and 1,000+ YouTube channels that generated 42 billion views of content in 2020. The Talent division works with 550+ leading gamers and influencers to create new and unique content. Luminosity Gaming, the Company’s esports division, ranked as the #1 watched esports organization on Twitch, competes across a number of game titles, including the Vancouver Titans Overwatch team and the Seattle Surge Call of Duty team and works with over 50 leading streamers and athletes, including xQc, Nick Eh 30, Chica and more. Enthusiast Gaming’s Experiential business owns and operates Canada’s largest gaming expo, EGLX, and the largest B2B mobile gaming event in Europe, Pocket Gamer Connects, and hosts over 50 live and virtual events annually. For more information on the Company visit enthusiastgaming.com. For more information on Luminosity Gaming visit luminosity.gg.

ExitLag is a Brazilian software company founded in 2010 and developed by gamers, for gamers. ExitLag’s software utilizes strategic algorithms for the best route optimization on the market, and its proprietary technology seeks to provide the best game route through mapping out multiple routes and sending the packet through the optimal one. ExitLag guarantees a stable connection through a real-time optimization system that counts on a worldwide server network spread throughout all continents.

In 2019, the Company expanded into the US, moving its headquarters to Florida, in order to establish a deeper connection with the North American market. Since then, the company has become one of the most recommend tunneling services worldwide and remains committed to continually improving services and relationships with its users. In 2019, the Company also launched a marketing campaign, "It's Pros choice" which became more relevant for hardcore gamers and pro-players all over the world. Through this marketing campaign, ExitLag also gave its users the feeling of playing like professional players, making the dreams of many players even closer.

Today, ExitLag has more than 2,000 partners in more than 300 games worldwide.

This news release contains certain statements that may constitute forward-looking information under applicable securities laws. All statements, other than those of historical fact, which address activities, events, outcomes, results, developments, performance or achievements that Enthusiast Gaming anticipates or expects may or will occur in the future (in whole or in part) should be considered forward-looking information. Often, but not always, forward-looking information can be identified by the use of words such as "plans", "expects", "is expected", "budget", "scheduled", "estimates", "forecasts", "intends", "anticipates", or "believes" or variations (including negative variations) of such words and phrases, or statements formed in the future tense or indicating that certain actions, events or results "may", "could", "would", "might" or "will" (or other variations of the forgoing) be taken, occur, be achieved, or come to pass. Forward-looking statements in this news release include but are not limited to statements relating to planned partnership activities of Enthusiast Gaming.

Forward-looking statements are based on assumptions, including expectations and assumptions concerning: interest and foreign exchange rates; capital efficiencies, cost saving and synergies; growth and growth rates; the success of the esports and gaming media industry; and the Company’s growth plan. While Enthusiast Gaming considers these assumptions to be reasonable, based on information currently available, they may prove to be incorrect. Readers are cautioned not to place undue reliance on forward-looking statements. In addition, forward-looking statements necessarily involve known and unknown risks, including, without limitation, risks related risks associated with general economic conditions; adverse industry events; future legislative, tax and regulatory developments. Readers are cautioned that the foregoing list is not exhaustive and other risks are set out in Enthusiast Gaming’s public disclosure record filed under the Company’s profile on www.sedar.com and also available on www.sec.gov. Readers are further cautioned not to place undue reliance on forward-looking statements as there can be no assurance that the plans, intentions or expectations upon which they are placed will occur. Such information, although considered reasonable by management at the time of preparation, may prove to be incorrect and actual results may differ materially from those anticipated. For more information on the risk, uncertainties and assumptions that could cause anticipated opportunities and actual results to differ materially, please refer to the public filings of Enthusiast Gaming which are available on SEDAR at www.sedar.com and at www.sec.gov. Forward-looking statements contained in this news release are expressly qualified by this cautionary statement and reflect our expectations as of the date hereof, and thus are subject to change thereafter. Enthusiast Gaming disclaims any intention or obligation to update or revise any forward-looking statements, whether as a result of new information, future events or otherwise, except as required by law. 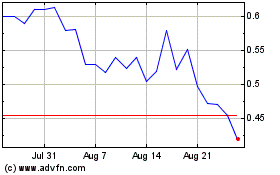 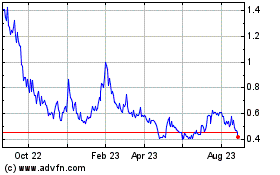 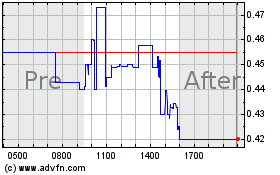