This Phase 1 clinical trial (NCT03491748) is a randomized, double-blind, placebo-controlled study of ETX0282 in healthy subjects and consists of several parts including: single-ascending dose, multiple-ascending dose, effect of food on absorption, and assessment of drug-drug interaction between ETX0282 and cefpodoxime proxetil. The trial has currently enrolled 79 healthy subjects with 61 subjects having received at least one oral dose of ETX0282 between 100mg – 800mg. In the Phase 1 trial, ETX0282 in a “powder in capsule” formulation was rapidly absorbed, and plasma concentrations of the beta-lactamase inhibitor were in the projected therapeutic range. There was no drug-drug interaction between ETX0282 and cefpodoxime proxetil. When administered with a high fat meal, ETX0282 demonstrated similar overall exposures as compared to fasting subjects, but with a modified pharmacokinetic profile including decreased peak concentrations. ETX0282 was generally well tolerated either alone or in combination with cefpodoxime proxetil, with no serious adverse events reported. While eight subjects reported mild-to-moderate, transient emesis (vomiting), none of the volunteers who received ETX0282 with a high fat meal reported emesis. Additional studies are planned to further investigate the potential correlation between absorption profile and emesis and to formulate ETX0282 for further clinical development.

“These preliminary Phase 1 data support the ongoing development of ETX0282CPDP as a potential oral treatment for patients with Gram-negative infections caused by MDR Enterobacteriaceae,” said Robin Isaacs, MD, Chief Medical Officer of Entasis. “We believe there are meaningful benefits to both the patient and the hospital to enable oral treatment of MDR Gram-negative infections and there are currently limited treatment options available. With its ability to provide broad coverage of MDR Enterobacteriaceae, ETX0282CPDP has the potential to become a best-in-class oral therapeutic option for treatment of such infections. We look forward to continuing the development of ETX0282CPDP as a treatment option for this growing medical need.”

Research reported in this press release is supported by the Cooperative Agreement Number IDSEP160030 from ASPR/BARDA and by an award from Wellcome Trust, as administrated by CARB-X. The content is solely the responsibility of the authors and does not necessarily represent the official views of the U.S. Department of Health and Human Services Office of the Assistant Secretary for Preparedness and Response, other funders, or CARB-X. 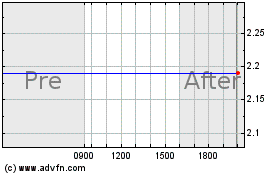