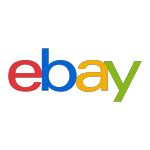 E-commerce platform eBay Inc. is turning to the finance chief of airline JetBlue Airways Corp. to oversee its finances, ending a search that began over a year ago.

The San Jose, Calif.-based company on Monday said Steve Priest would take over as its chief financial officer, effective June 21. He is set to succeed interim CFO Andy Cring, who has been in the role since September 2019.

Mr. Priest, 51, has served as JetBlue's CFO since February 2017. He joined the New York-based low-cost carrier in August 2015 to manage its strategic initiatives after working at U.K. carrier British Airways for nearly 20 years, including as senior vice president for strategy and planning. He plans to leave JetBlue on June 11, the company said.

Ursula Hurley, JetBlue's head of treasury and investor relations since April 13, will take over as acting CFO, JetBlue said on Monday.

EBay's CFO appointment comes about a year after Jamie Iannone, a former Walmart Inc. executive, took over as chief executive of the company. Mr. Iannone in April 2020 replaced former CFO Scott Schenkel, who had served as interim CEO since September 2019.

"Steve brings extensive experience in generating results by investing in technology, driving innovation and focusing relentlessly on the customer, " Mr. Iannone said in a statement.

EBay's revenue grew 42% to $3 billion during the quarter ended March 31 compared with the prior-year period, while net income fell 81.2% to $641 million following the sale of its StubHub ticket sales business.

In his new role, Mr. Priest will be entitled to an annual base salary of $750,000, a bonus opportunity targeted at 100% of his base salary and other compensation, eBay said in a filing with securities regulators.

The company didn't immediately respond to a request for comment.

Maria Armental contributed to this article.

Write to Mark Maurer at mark.maurer@wsj.com and Nina Trentmann at Nina.Trentmann@wsj.com 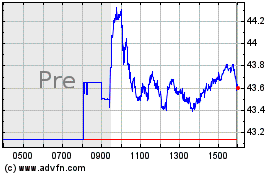