If an emerging growth company, indicate by checkmark if the registrant has elected not to use the extended transition period for complying with any new or revised financial accounting standards provided pursuant to Section 13(a) of the Exchange Act. ¨

On November 19, 2020, Duos Technologies Group, Inc. (the “Company”) held its 2020 annual meeting of stockholders (the “Annual Meeting”). The Company’s current Chief Executive Officer, Charles P. Ferry, and Edmund L. Harris were elected to begin serving on the Board of Directors.

The relevant information in Item 5.07 on this Current Report on Form 8-K, is incorporated herein by reference.

Election of Charles P. Ferry to the Board of Directors

Mr. Ferry combines over three years of experience in the energy industry and seven years in the defense contracting industry following 26 years of active duty service in the United States Army. Previously, Mr. Ferry had been involved in two companies in the defense industry holding positions including Director, Business Development and Operations; Vice President of Operations; and General Manager. From 2018 through 2020, Mr. Ferry was the Chief Executive Officer for APR Energy, a global fast-track power company. Prior to this, Mr. Ferry was the President and Chief Operating Officer of APR Energy from 2016 to 2018. From 2014 to 2016, Mr. Ferry was the General Manager for ARMA Global Corporation, a wholly owned subsidiary of General Dynamics, a defense contracting company that delivered Information Technology engineering, services, and logistics. Mr. Ferry was the Vice President of ARMA Global Corporation from 2010 to 2014 before being acquired by General Dynamics. From 2009 to 2010, Mr. Ferry was the Director, Business Development and Operations of Lockheed-Martin. Mr. Ferry has an undergraduate degree from Brigham Young University.

Mr. Ferry does not have a family relationship with any of the current officers or directors of the Company.

There are no related party transactions with regard to Mr. Ferry reportable under Item 404(a) of Regulation S-K.

Election of Edmond L. Harris to the Board of Directors

Mr. Harris does not have a family relationship with any of the current officers or directors of the Company.

There are no related party transactions with regard to Mr. Harris reportable under Item 404(a) of Regulation S-K.

As an independent director of the Company, Mr. Harris is entitled to receive $15,000 per annum in compensation for his services, to be paid in accordance with the Company’s practices.

On November 19, 2020, the Company held its Annual Meeting. Greater than 50% of the shares of common stock outstanding and entitled to vote at the Annual Meeting were present in person or by proxy thereby constituting a quorum.

The matters that were voted upon at the Annual Meeting, and the number of votes cast for or against/withheld, as well as the number of abstentions, as to such matters, where applicable, are set forth in the table below. With respect to the election of Kenneth Ehrman, Charles P. Ferry, Ned Mavrommatis, Blair M. Fonda and Edmond L. Harris as directors to each serve as directors on the Board until the next annual meeting or until each of their successors is elected and qualified, each nominee received the number of votes set forth opposite his name.

On the basis of the above votes, (i) Kenneth Ehrman, Charles P. Ferry, Ned Mavrommatis, Blair Fonda and Edmond L. Harris were elected as members of the Board; and (ii) the proposal to ratify the selection of Salberg, as the Company’s independent registered public accountant to audit its consolidated financial statements was adopted. 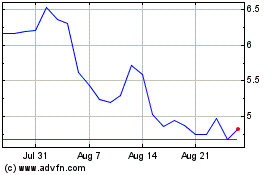 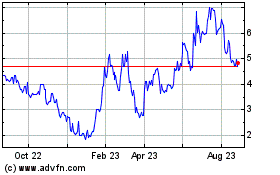 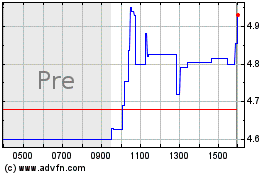