DNB Financial Corporation (the “Company” or “DNB”) is the parent of DNB First, National Association, one of the first nationally-chartered community banks to serve the greater Philadelphia region.

As previously announced, DNB entered into a definitive agreement on June 5, 2019, whereby S&T Bancorp (“S&T”) (NASDAQ: STBA) will acquire DNB in an all-stock transaction.  All required regulatory approvals have been received and DNB shareholders have approved the merger agreement.  The transaction is expected to close in the fourth quarter of 2019, after satisfaction of customary closing conditions. Non-interest expense for the most recent quarter included $362,000 of transaction expenses related to the merger with S&T compared with $519,000 of transaction expenses for the quarter ending June 30, 2019.

William J. Hieb, President and CEO commented, “Despite the very challenging interest rate environment, our strong capital levels, solid asset quality and controlled operating expenses helped to produce another quarter of solid financial performance.”  Mr. Hieb added, “The slower pace of loan growth provides us with the opportunity to decrease non-relationship brokered deposits and focus on fee-generating relationship deposits.  Our goal to maximize shareholder value remains evident and we continue to look forward to our affiliation with S&T and the strength of our combined franchise.”

Net interest income for the three months ending September 30, 2019 was $9.2 million, which represented a $312,000 decrease from the quarter ending June 30, 2019, and a $52,000 increase from the quarter ending September 30, 2018.  The net interest margin for the third quarter of 2019 was 3.32%, which represented a 13 basis point decrease on a sequential quarter basis.  The net interest margin fell seven basis points from September 30, 2018 as the 11 basis point increase in the weighted average yield on interest-earning assets was offset by the higher cost of interest-bearing liabilities and a $95,000 net reduction in purchase accounting marks.  For the third quarters of 2019 and 2018, the weighted average yields on total interest-earning assets were 4.41% and 4.30%, respectively, which included purchase accounting marks.

As of September 30, 2019, total loans were $923.9 million, or 83.0% of total assets.  At the same date, commercial loans totaled $777.7 million and represented 84.2% of total loans.  Total loan growth was impacted by a relatively high level of payoffs due to property sales and the completion of several construction projects.  The Company views commercial lending as the highest and best use of its capital as these loans generally have higher yields and shorter durations.  Over the past nine months, commercial business loans grew $8.1 million or 4.9%. That growth, however, was offset by an $8.1 million, or 1.5%, decrease in commercial mortgage loans and a $729,000 decrease (less than one percent) decrease in commercial construction loans.  Residential mortgage and consumer loans also declined in the first nine months of 2019.  Loan originations have been prudent and conservative underwriting standards have been maintained.

DNB's strategy has been to seek shorter duration over yield in its lending and investing activities and lengthen duration in its financing activities to minimize interest rate risk.  The Company also strives to offer products and services that develop strong relationships to retain core deposits. The Bank has an Asset Liability Management Committee that actively monitors and manages the Bank's interest rate exposure using simulation models and gap analysis. The Committee's primary objective is to minimize the adverse impact of changes in interest rates on net interest income, while maximizing earnings.  Simulation model results show moderate risk in both a declining and rising rate environment in the 100, 200, 300 and 400 basis point shock scenarios. Rate changes ramped in over 24 months also show moderate risk.

DNB Financial Corporation is a bank holding company whose bank subsidiary, DNB First, National Association, is a community bank headquartered in Downingtown, Pennsylvania with 14 locations. DNB First, which was founded in 1860, provides a broad array of consumer and business banking products, and offers brokerage and insurance services through DNB Investments & Insurance, and investment management services through DNB Investment Management & Trust. DNB Financial Corporation's shares are traded on NASDAQ’s Capital Market under the symbol: DNBF. We invite our customers and shareholders to visit our website at https://www.dnbfirst.com. DNB's Investor Relations site can be found at http://investors.dnbfirst.com/.

This press release contains “forward-looking statements” within the meaning of the Private Securities Litigation Reform Act of 1995. These statements include, but are not limited to, expectations or predictions of future financial or business performance. These forward-looking statements include statements with respect to DNB’s beliefs, plans, objectives, goals, expectations, anticipations, estimates and intentions, that are subject to significant risks and uncertainties, and are subject to change based on various factors (some of which are beyond DNB’s control). The words "may," "could," "should," "would," "will," "believe," "anticipate," "estimate," "expect," "intend," "plan" and similar expressions are intended to identify forward-looking statements.

In addition to factors previously disclosed in the reports filed by DNB with the Securities and Exchange Commission (the “SEC”) and those identified elsewhere in this document, the following factors, among others, could cause actual results to differ materially from forward looking statements or historical performance and there can be no assurances that: the proposed merger with S&T will close when expected or the expected returns and other benefits of the proposed merger to shareholders will be achieved: the strength of the United States economy in general and the strength of the local economies in which DNB conducts its operations; the effects of, and changes in, trade, monetary and fiscal policies and laws, including interest rate policies of the Board of Governors of the Federal Reserve System; the downgrade, and any future downgrades, in the credit rating of the U.S. Government and federal agencies; inflation, interest rate, market and monetary fluctuations; the timely development of and acceptance of new products and services and the perceived overall value of these products and services by users, including the features, pricing and quality compared to competitors' products and services; the willingness of users to substitute competitors’ products and services for DNB’s products and services; the success of DNB in gaining regulatory approval of its products and services, when required; the impact of changes in laws and regulations applicable to financial institutions (including laws concerning taxes, banking, securities and insurance); technological changes; additional acquisitions; changes in consumer spending and saving habits; the nature, extent, and timing of governmental actions and reforms; that expected benefits of the merger with S&T may not materialize in the time frames expected or at all, or may be more costly to achieve; that the merger transaction may not be timely completed, if at all; that prior to completion of the merger transaction or thereafter, the parties’ respective businesses may not perform as expected due to transaction-related uncertainties or other factors; that the parties are unable to implement successful integration strategies; that the required regulatory approvals, shareholder approvals, or other closing conditions are not satisfied in a timely manner, or at all; reputational risks and the reaction of the parties’ customers to the merger transaction; diversion of management time to merger-related issues; and the success of DNB at managing the risks involved in the foregoing. Further, DNB’s expectations with respect to the effects of the new tax law could be affected by future clarifications, amendments, and interpretations of such law. Annualized, pro forma, projected and estimated numbers presented herein are presented for illustrative purpose only, are not forecasts and may not reflect actual results.

DNB cautions that the foregoing list of important factors is not exclusive. Readers are also cautioned not to place undue reliance on these forward-looking statements, which reflect management's analysis only as of the date of this press release, even if subsequently made available by DNB on its website or otherwise. DNB does not undertake to update any forward-looking statement, whether written or oral, that may be made from time to time by or on behalf of DNB to reflect events or circumstances occurring after the date of this press release.

For a complete discussion of the assumptions, risks and uncertainties related to our business, you are encouraged to review our filings with the SEC, including our most recent annual report on Form 10-K, as supplemented by our quarterly or other reports subsequently filed with the SEC. 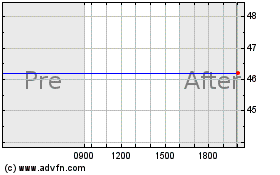