Once it sheds its media business, AT&T Inc. will be a smaller, less-indebted company devoted to selling cellphone plans and broadband internet access.

In other words, customers and investors will see an AT&T much like the one that existed before its foray into streaming video and satellite TV. But its rivals haven't been sitting still.

"AT&T has a lot of catching up to do," said Craig Moffett, a longtime telecom analyst at industry research firm MoffettNathanson LLC. "They're almost certain to be a third player in a three-horse race."

Mr. Moffett said company leaders made the right decision by refocusing their attention on AT&T's core strengths, though the business will face challenges getting an edge over rivals. But they must still contend with business units facing high costs and shrinking revenue.

An AT&T spokesman disagreed, saying the company's wireless spectrum position "has never been stronger" and still has slack capacity to serve more data to wireless customers. The company told investors it expects to increase its overall revenue and adjusted per-share earnings in the long run.

AT&T shares fell 5.8% Tuesday, after slipping nearly 3% on Monday after the deal with Discovery Inc. was announced. The stock has gained about 3% so far this year, while the S&P 500 climbed 10%.

The deal announced Monday earned praise from former SBC Communications Inc. boss Ed Whitacre, who stitched together the landline and wireless assets that formed the modern AT&T before his retirement in 2007. Randall Stephenson, who as CEO from 2007 to 2020 led AT&T's attack on the entertainment business, wasn't immediately available for comment.

"I'm happy to see us move back into a different type of company," Mr. Whitacre said in an interview. "The wireless, the broadband -- the businesses that we're used to...It's a very wise move for AT&T."

AT&T won't own an equity stake in the newly formed media company with Discovery, though its shareholders will get a 71% share of the new business. AT&T will receive about $43 billion through cash, debt securities and other debt shifted to WarnerMedia.

The smaller telecom company will mean less cash returned to investors. AT&T predicted it will pay out about $8 billion to $8.6 billion of its cash flow as dividends, down from roughly $15 billion paid last year. AT&T declined to quantify the size of its per-share dividend after the Discovery deal closes. The new media business formed with Discovery is expected to prioritize stock-price growth over dividends.

AT&T is still the country's No. 3 wireless carrier after falling behind a newly enlarged T-Mobile US Inc. in 2020. It serves more than 83 million cellphone customers and many more Wi-Fi hot spots, connected cars and other mobile devices. The company also connects 14 million residential internet users through its network of fiber-optic cables and copper wires, the latter a legacy of its Ma Bell heritage.

Wireless-industry analysts say timing will be especially important as telecom operators catch the next wave of mobile technology called 5G. The fifth-generation specifications allow cellphone carriers to serve many more devices in a cost-effective way, opening up a broad market of vehicles, industrial machines and corporate campuses to wireless service.

AT&T had an early advantage in 2007 when its wireless service, then called Cingular, secured exclusive U.S. rights to carry Apple Inc.'s new iPhone. The coup drew millions of subscribers to its network and helped fuel AT&T's steadily growing dividend.

The company later lost ground to Verizon Communications Inc., the country's largest wireless carrier in terms of subscribers. Verizon invested heavily in its 4G network over the past decade, allowing it to advertise a superior network for streaming videos and other data-heavy services that thrived on the next-generation network's fast speeds.

Over the past five years, AT&T has generated total shareholder returns, a measure of share-price changes and dividend income, of 1.8%, compared with more than 235% for T-Mobile, 40% for Verizon and 124% for the S&P 500, according to FactSet.

Some Wall Street analysts consider T-Mobile in the best spot to capitalize on 5G technology hitting the market this year. The Bellevue, Wash., company's 2020 merger with former rival Sprint Corp. gave it a cache of wireless spectrum that supports the ultrafast mobile service.

To catch up, Verizon and AT&T spent $45.5 billion and $23.4 billion, respectively, to secure "C-band" spectrum licenses from the Federal Communications Commission. The companies will spend several billion more dollars to compensate satellite operators shifting their operations from those valuable frequencies. T-Mobile spent $9.3 billion on the licenses, which will add to a cache of similar assets it already bought from Sprint.

AT&T says it is still investing in its future. Annual capital spending will rise to $24 billion because of the Discovery deal, up from a projected $22 billion in 2021 after accounting for certain adjustments for equipment financing and reimbursements from its FirstNet public-safety network.

The Dallas company projected its ramped-up spending will allow it to reach 200 million people with C-band 5G service by the end of 2023, up from its previous 100 million-person target. The company also said it would broaden its network of fiber-optic cables to cover 30 million locations. 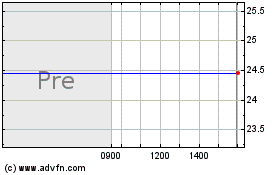