AT&T Inc. and Discovery Inc. reached a deal to combine their media assets into a new publicly traded company, unwinding the telecom company's big bet on entertainment after less than three years.

The new business, which isn't yet named, will be led by current Discovery Chief Executive David Zaslav. The companies said AT&T's Jason Kilar will retain his title as WarnerMedia CEO but declined to say whether he would remain with the newly combined company after it secures regulatory approval.

AT&T Chief Executive John Stankey said in an online news conference Monday that he had been "contemplating the structure of our business for some time" and eventually decided that the pairing with Mr. Zaslav's company would benefit both parties.

Mr. Zaslav, a media mogul and longtime friend of WarnerMedia executive and CNN boss Jeff Zucker, said the transaction came together over several months of talks that included chats in the Discovery chief's Greenwich Village brownstone.

Mr. Zaslav said the two media businesses already spend about $20 billion a year to produce new content. WarnerMedia owns cable channels such as HBO, CNN, TNT and TBS as well as the Warner Bros. television and film studio. Discovery has a portfolio that includes its namesake network and HGTV.

Both companies also offer streaming video portals that compete with larger on-demand services like Netflix Inc. and Walt Disney Co.'s Disney+. The two CEOs declined to detail their long-term plans for HBO Max and Discovery+, which could remain separate or be combined into an even larger online video library.

Under the deal, AT&T shareholders will hold a 71% stake in the new entity, while Discovery shareholders own a 29% stake. In exchange, AT&T said it will receive $43 billion of cash, debt securities and WarnerMedia's retention of certain debt.

AT&T also said it will adjust its dividend policy to reflect the structure of the new media business. The company said it expects an annual dividend payout ratio of 40% to 43% from more than $20 billion of expected free cash flow.

The Dallas company spent about $15 billion last year on the shareholder payouts, which many mom-and-pop investors have long valued as a stable source of income.

AT&T reported $169 billion of net debt at the end of March, a level that has troubled some investors worried about the conglomerate's financial flexibility. Mr. Zaslav said the new media business will hold a little over $55 billion of debt.

The transaction unwinds a hard-fought acquisition that AT&T closed for about $81 billion in 2018 after beating a court challenge by U.S. Justice Department officials, who argued that the combination would hurt competition in the pay-TV market.

The telecom company at the time controlled the country's largest pay-TV distribution network, mostly through DirecTV, before it added one of the biggest cable channel owners.

The deal will complete AT&T's retreat from the media business. Earlier this year the company reached an agreement with private-equity firm TPG to shed a 30% stake in its DirecTV business for $1.8 billion. AT&T had acquired DirecTV in 2015 for $49 billion, at the height of a pay-TV market that has since collapsed due to cord-cutting subscribers.

AT&T, meanwhile, faces mounting demands on the wireless and broadband networks that still generate most of its profits. The company spent more than $23 billion on a recent Federal Communications Commission auction of wireless licenses and will need to spend tens of billions of dollars more in the coming years to match investments by rivals Verizon Communications Inc. and T-Mobile US Inc. in improving their networks.

AT&T on Monday said it would boost its planned capital expenditures to about $24 billion once the transaction closes. Executives earlier this year projected $18 billion of capital spending in 2021.

The companies said they expect to close the transaction in mid-2022.

AT&T shares, down about 25% since mid-2016, rose more than 3% in premarket trading Monday after the deal was announced. Shares of Discovery jumped more than 12%. 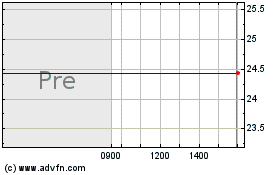