of the Securities Exchange Act of 1934, as Amended

and Further Adjournment of its Special Meeting of Stockholders

to Approve Additional Time to Complete its Initial Business Combination

The Company recommends all of its stockholders to vote FOR the Extension at the upcoming Special Meeting.

Miami, FL, September 8, 2022 — Digital World Acquisition Corp. (Nasdaq: DWAC) (“Digital World” or the “Company”) today announced that its sponsor, ARC Global Investments II LLC (the “Sponsor”), has deposited an aggregate of $2,875,000 (representing an additional $0.10 per public share) into the Company’s trust account for the benefit of its valued public stockholders. This additional contribution enables the Company to extend the date by which the Company has to complete its initial business combination for an initial three-month extension from September 8, 2022 to December 8, 2022. This is the first of two three-month extensions available under the Company’s current governing documents. Such contribution effectively increases the pro rata portion of the funds available in the Company’s trust account in the event of the consummation of an initial business combination, liquidation, or other redemption event, from approximately $10.20 per share to approximately $10.30 per share.

The Company is also further adjourning its special meeting of stockholders (the “Special Meeting”) from September 8, 2022 to 12:00 p.m. Eastern Time on Columbus Day, which falls on Monday, October 10, 2022. The Special Meeting, which was originally scheduled for September 6, 2022, is being further adjourned in order to solicit more votes toward quorum. The Special Meeting is for stockholders to consider amending the Company’s amended and restated certificate of incorporation (“Extension Amendment”) to extend the period of time available to complete a business combination up to four times, each by an additional three months, for an aggregate of 12 additional months (or until September 8, 2023) or such earlier date as determined by the Company’s Board of Directors. The Extension Amendment would effectively provide for an additional six months, past the two three-month extensions currently permitted by the Company’s existing governing documents, to complete a business combination. The Company plans to continue to solicit proxies for the Special Meeting until Columbus Day 2022, which falls on Monday October 10 this year.

Important: Digital World’s public filings and voting instructions can be found on its website, which is dwacspac.com. Patrick Orlando, Digital World’s CEO, is also disseminating important public information about Digital World on TruthSocial (“TRUTH”) and his handle is @thepatrickorlando on TRUTH. To receive updates about the Special Meeting, Stockholders may follow him on TRUTH if they already utilize the platform, or sign up for TRUTH and follow @thepatrickorlando if they are not on the platform just yet.

Mr. Orlando added, “We continue to strongly believe that a stockholder vote to approve a one-year extension is important and in the best interests of our stockholders. As of today, those who have voted have overwhelmingly voted “FOR” the Extension Amendment, and we have added additional phone lines along with other resources to record the incoming participation; however, we feel it advisable to adjourn our meeting to continue to receive votes and to accommodate the sheer number of voters that have not yet been able to cast their vote. We are going to keep the vote open to permit, to the best of our ability, all of those stockholders who want to vote — whether a large institution, medium size stockholder, or a small retail stockholder with a single share — to have their vote counted. I believe we have some, if not the most, passionate and enthusiastic stockholders of any public company I know of, and I am extremely excited to be amazed by how many our stockholders put in the effort to vote and have their vote counted along with their fellow stockholders.”

The record date for the stockholders’ meeting to vote on the Extension Amendment remains the close of business on August 12, 2022 (the “Record Date”). Stockholders who have previously submitted their proxy or otherwise voted and who do not want to change their vote need not take any action. Stockholders as of the Record Date can vote, even if they have subsequently sold their shares. In connection with the adjourned date, the Company has further extended the deadline for holders of the Company’s Class A common stock issued in the Company’s initial public offering to submit their shares for redemption in connection with the Extension Amendment to 5:00 p.m. Eastern

Time on October 7, 2022. Stockholders who wish to withdraw their previously submitted redemption request may do so prior to the rescheduled meeting by requesting that the transfer agent return such shares. Today’s Sponsor contribution has increased the per share redemption price in connection with the Extension Amendment from approximately $10.20 per share to approximately $10.30 per share.

Today’s Sponsor contribution was funded as a non-interest bearing loan that will either be paid upon earlier of consummation of an initial business combination or the company’s liquidation, or, at the lender’s discretion and subject to certain conditions, converted upon consummation of the initial business combination into additional into units, at a price of $10.00 per unit, identical to the units issued in the Company’s private placement that was consummated in connection with the Company’s initial public offering.

This press release is not a proxy statement or solicitation of a proxy, consent or authorization with respect to any securities or in respect of the proposed Extension Amendment or Business Combination and shall not constitute an offer to sell or a solicitation of an offer to buy the securities of Digital World, nor shall there be any sale of any such securities in any state or jurisdiction in which such offer, solicitation, or sale would be unlawful prior to registration or qualification under the securities laws of such state or jurisdiction. No offer of securities shall be made except by means of a prospectus meeting the requirements of Section 10 of the Securities Act of 1933, as amended. 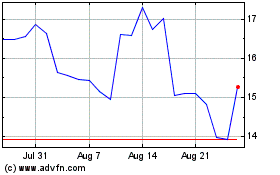 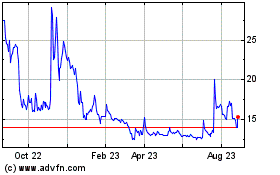 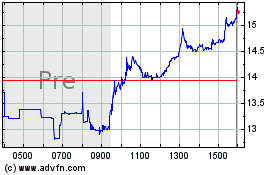