Dermira, Inc. (NASDAQ: DERM), a biopharmaceutical company dedicated to bringing biotech ingenuity to medical dermatology by delivering differentiated, new therapies to the millions of patients living with chronic skin conditions, today announced that new scientific findings highlighting the role of interleukin-13 (IL-13) in amplifying itch and the role lebrikizumab plays in reducing itch, will be presented at the 10th World Congress on Itch taking place November 17-19 in Sydney, Australia.

Itch is defined as an unpleasant sensation causing the desire to scratch the surface of the skin. Chronic itch affects approximately one-fifth of the global population and can have a significant impact on a person’s quality of life. Itch is often associated with sleep disorders, depression and anxiety and is cited as one of the most burdensome aspects of atopic dermatitis, as underscored during a recent Patient-Focused Drug Development meeting.

IL-13 is believed to be a central pathogenic mediator that drives multiple aspects of the pathophysiology underlying the range of signs and symptoms of atopic dermatitis by promoting type 2 inflammation and mediating its effects on tissue, resulting in skin barrier dysfunction, itch, skin thickening and infection.

When lebrikizumab was introduced, it significantly inhibited these potentiated itch signals to known pruritogens, demonstrating that lebrikizumab has the potential to block enhanced itch signals in inflammatory skin conditions such as atopic dermatitis. This finding supports the results observed in Dermira’s Phase 2b dose-ranging study evaluating lebrikizumab in patients with moderate-to-severe atopic dermatitis, who reported improvements in itch symptoms as early as day two of treatment.

The findings will be submitted for publication in a peer-reviewed journal.

“People suffering from chronic itch associated with a host of dermatologic diseases often cite it as the most debilitating symptom,” said Luis Peña, chief development officer of Dermira. “We believe these findings support our understanding of the role of lebrikizumab in reducing itch, helping to explain the improvement in itch observed in atopic dermatitis patients treated with the investigational therapy in our Phase 2b study.”

Lebrikizumab is a novel, investigational, monoclonal antibody designed to bind IL-13 with very high affinity, specifically preventing the formation of the IL-13Rα1/IL-4Rα heterodimer complex and subsequent signaling, thereby inhibiting the biological effects of IL-13 in a targeted and efficient fashion.

The findings on itch will be presented by Ferda Cevikbas, Ph.D., director of research at Dermira, on November 19, 2019 during a session titled, Concurrent Session 2: New receptors, channels and pathways for itch. Dr. Cevikbas is also serving as co-chair of the session.

Dr. Cevikbas is a noted expert in the pathophysiology of itch, having spent much of her career at the University of California, San Francisco, where she studied the differences and similarities between itch and pain. Prior to joining Dermira, she worked with a team of researchers at a biotechnology company exploring the mechanism of action for research compounds in inflammation and itch. Dr. Cevikbas is trained in dermatology and neuroscience.

“IL-13 has long been viewed as an important target in atopic dermatitis,” said Dr. Cevikbas. “For the first time, IL-13 has been investigated in translational neuroscience studies in human sensory neurons to understand its role in chronic itch and the ability of lebrikizumab to block the effects of neuroactive IL-13. This translational work will inform future research and enhance our understanding of chronic itch in atopic dermatitis.”

Atopic dermatitis is the most common and severe form of eczema, a chronic inflammatory condition that can present as early as childhood and continue into adulthood. A moderate-to-severe form of the disease is characterized by a range of signs and symptoms, including rashes on the skin that often cover much of the body, as well as intense, persistent itching. The condition can have a negative impact on patients’ mental and physical functioning, limiting their daily activities and health-related quality of life. Patients with moderate-to-severe atopic dermatitis have reported a larger impact on quality of life than patients with psoriasis.

Lebrikizumab is a novel, investigational, monoclonal antibody designed to bind IL-13 with very high affinity, specifically preventing the formation of the IL-13Rα1/IL-4Rα heterodimer complex and subsequent signaling, thereby inhibiting the biological effects of IL-13 in a targeted and efficient fashion. IL-13 is believed to be a central pathogenic mediator that drives multiple aspects of the pathophysiology underlying the range of signs and symptoms of atopic dermatitis by promoting type 2 inflammation and mediating its effects on tissue, resulting in skin barrier dysfunction, itch, skin thickening and infection.

Dermira is a biopharmaceutical company dedicated to bringing biotech ingenuity to medical dermatology by delivering differentiated, new therapies to the millions of patients living with chronic skin conditions. Dermira is committed to understanding the needs of both patients and physicians and using its insight to identify, develop and commercialize leading-edge medical dermatology products. The company’s approved treatment, QBREXZA® (glycopyrronium) cloth, is indicated for pediatric and adult patients (ages 9 and older) with primary axillary hyperhidrosis (excessive underarm sweating). Please see the QBREXZA prescribing information. Dermira is evaluating lebrikizumab in a Phase 3 clinical development program for the treatment of moderate-to-severe atopic dermatitis (a severe form of eczema) and has early-stage research and development programs in other areas of dermatology. Dermira is headquartered in Menlo Park, Calif. For more information, please visit http://www.dermira.com. Follow Dermira on Twitter, LinkedIn and Instagram.

In addition to filings with the Securities and Exchange Commission (SEC), press releases, public conference calls and webcasts, Dermira uses its website (www.dermira.com), LinkedIn page (https://www.linkedin.com/company/dermira-inc-), corporate Instagram account (https://www.instagram.com/dermira_inc/) and corporate Twitter account (@DermiraInc) as channels of distribution of information about its company, product candidates, planned financial and other announcements, attendance at upcoming investor and industry conferences and other matters. Such information may be deemed material information and Dermira may use these channels to comply with its disclosure obligations under Regulation FD. Therefore, investors should monitor Dermira’s website, LinkedIn page, Instagram and Twitter accounts in addition to following its SEC filings, news releases, public conference calls and webcasts.

The information in this news release contains forward-looking statements and information within the meaning of Section 27A of the Securities Act of 1933, as amended, and Section 21E of the Securities Exchange Act of 1934, as amended, which are subject to the “safe harbor” created by those sections. This news release contains forward-looking statements that involve substantial risks and uncertainties, including statements with respect to Dermira’s goal of bringing biotech ingenuity to medical dermatology by delivering differentiated, new therapies to the millions of patients living with chronic skin conditions; the belief, based on results of the scientific experiments, that lebrikizumab plays a role in reducing itch; and that lebrikizumab has the potential to block enhanced itch signals in inflammatory skin conditions such as atopic dermatitis. These statements deal with future events and involve known and unknown risks, uncertainties and other factors that may cause actual results, performance or achievements to be materially different from the information expressed or implied by these forward-looking statements. Factors that could cause actual results to differ materially include risks and uncertainties such as those relating to the design, implementation and outcomes of Dermira’s Phase 3 clinical trials evaluating lebrikizumab in adult and adolescent patients with moderate-to-severe atopic dermatitis; the impact of competitive clinical trials, products and therapies; Dermira’s dependence on third-party clinical research organizations, manufacturers, suppliers and distributors; the outcomes of future meetings with regulatory agencies; market acceptance of Dermira’s current and potential products; Dermira’s ability to attract and retain key employees; Dermira’s ability to manage the growth and complexity of its organization; Dermira’s ability to maintain, protect and enhance its intellectual property; and Dermira’s ability to continue to stay in compliance with its material contractual obligations, applicable laws and regulations. You should refer to the section entitled “Risk Factors” set forth in Dermira’s Annual Report on Form 10-K, Dermira’s Quarterly Reports on Form 10-Q and other filings Dermira makes with the SEC from time to time for a discussion of important factors that may cause actual results to differ materially from those expressed or implied by Dermira’s forward-looking statements. Furthermore, such forward-looking statements speak only as of the date of this news release. Dermira undertakes no obligation to publicly update any forward-looking statements or reasons why actual results might differ, whether as a result of new information, future events or otherwise, except as required by law. 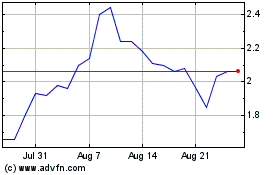 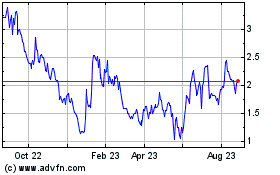 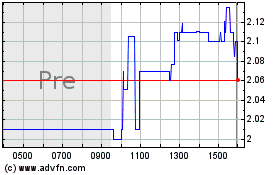