DENTSPLY SIRONA Inc. (“Dentsply Sirona”) (Nasdaq: XRAY) today announced that Mr. John P. Groetelaars has been appointed to its Board of Directors (the “Board”), increasing the size of its Board from eleven to twelve members.

“We are pleased to welcome John Groetelaars to the Dentsply Sirona Board of Directors,” said Eric K. Brandt, Non-Executive Chairman of the Board. “John brings more than 30 years of MedTech experience with 20 years of international experience, including as the former CEO of Hillrom. John’s deep medical technology experience and leadership roles will be a valuable addition to our Board of Directors. We look forward to working with him as we continue to advance patient care through high-quality and innovative dental solutions.“

Mr. John P. Groetelaars served as President, CEO and a Board member at Hillrom from May 2018 until the company’s acquisition by Baxter International, Inc., in December 2021. At Hillrom, he had enterprise responsibility for a global healthcare technology company with $3 billion in revenue and more than 10,000 employees. Mr. Groetelaars led a transformation of Hillrom’s business, successfully articulating and launching a new connected-care strategy and vision, growing the portfolio through seven acquisitions and one divestiture, and driving record financial performance. In addition, he championed and actively led diversity, inclusion, equity and belonging initiatives across the company, which led to record levels of employee engagement, and external recognition from DiversityInc, Forbes and many other organizations. Prior to Hillrom, Mr. Groetelaars served as executive vice president and president of the Interventional Segment at Becton, Dickinson and Company, a medical technology company, since December 2017 following its acquisition of C.R. Bard Inc., a medical technology company, where his responsibilities included global strategic, financial, operational and innovation platforms. He previously served in a variety of progressive roles at C.R. Bard during his 10-year career there, including as a group president from 2015 to 2017. Mr. Groetelaars joined C.R. Bard in 2008 as vice president and general manager, Davol Inc., and was appointed president of Davol in 2009. In 2013, Mr. Groetelaars was promoted to group vice president and in 2015 he was promoted to group president, a position he held until C.R. Bard was acquired by Becton, Dickinson and Company in December 2017. Prior to joining C.R. Bard, Mr. Groetelaars held various international leadership positions in Canada, Denmark and the United Kingdom at Boston Scientific Corporation from 2001 until 2008. Prior to joining Boston Scientific, Mr. Groetelaars held positions in general management, marketing, business development and sales with Guidant Corporation and with Eli Lilly. He was also formerly a director on the AdvaMed board.

Dentsply Sirona is the world’s largest manufacturer of professional dental products and technologies, with a 135-year history of innovation and service to the dental industry and patients worldwide. Dentsply Sirona develops, manufactures, and markets a comprehensive solutions offering including dental and oral health products as well as other consumable medical devices under a strong portfolio of world class brands. As The Dental Solutions Company, Dentsply Sirona’s products provide innovative, high-quality and effective solutions to advance patient care and deliver better, safer and faster dentistry. The Company’s shares of common stock are listed in the United States on Nasdaq under the symbol XRAY. Visit www.dentsplysirona.com for more information about Dentsply Sirona and its products. 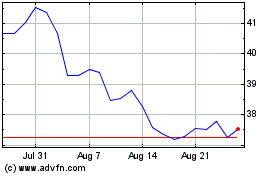 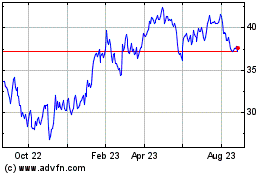 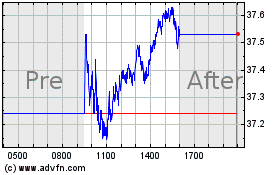