If an emerging growth company, indicate by check mark if the registrant has elected not to use the extended transition period for complying with any new or revised financial accounting standards provided pursuant to Section 13(a) of the Exchange Act   ☐

On November 5, 2020, Daseke, Inc. (the “Company”), Daseke Companies, Inc., a wholly-owned subsidiary of the Company, and the Company’s other domestic subsidiaries party thereto (together with Daseke Companies, Inc., the “Borrowers”) entered into the Fourth Amendment and Waiver to Fifth Amended and Restated Revolving Credit and Security Agreement (the “Amendment”) with the financial institutions party thereto as lenders (the “Lenders”) and PNC Bank, National Association, as agent for the Lenders (the “Agent”), which amends certain terms of the Fifth Amended and Restated Revolving Credit and Security Agreement, dated as of February 27, 2017, among the Company, the Borrowers, the Agent and the Lenders (as amended, supplemented, or otherwise modified, the “Credit Agreement”). Capitalized terms used, but not otherwise defined, in this Current Report on Form 8-K have the meanings given to them in Exhibit A to the Amendment.

Principally, the Amendment extended the scheduled maturity date of the revolving credit facility provided by the Credit Agreement from February 27, 2022 to the earliest of (a) February 27, 2025 and (b) if the Term Loans have not been repaid, repurchased, redeemed, refinanced, exchanged or otherwise satisfied in full by January 2, 2024, the later of (i) January 2, 2024 and (ii) 60 days prior to the stated maturity date of the Term Loan Agreement in effect at such time. The Amendment also, among other things, (x) increased the letter of credit sublimit from $20 million to $40 million, (y) provides that the Maximum Revolving Advance Amount may be increased from $100 million to $150 million (for the avoidance of doubt, the Amendment did not result in such an increase), and (z) provides that upon the occurrence of certain events relating to a transition from the use of LIBOR Rate, the Agent and the Borrowers may amend the Credit Agreement to replace the LIBOR Rate with a Benchmark Replacement, in each case, as further set forth in the Credit Agreement.

The foregoing description of the Amendment is not complete and is qualified in its entirety by reference to the Amendment, a copy of which is filed herewith as Exhibit 10.1 and is incorporated herein by reference. 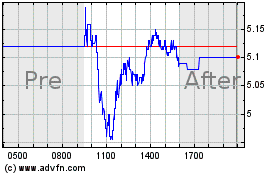