CURRENT REPORT
Pursuant to Section 13 or 15(d)
of the Securities Exchange Act of 1934
Date of Report (Date of earliest event reported): April 21, 2021
CYCLERION THERAPEUTICS, INC.
(Exact name of registrant as specified in its charter)
245 First Street, 18th Floor
Cambridge, Massachusetts 02142
(Address of principal executive offices, including Zip Code)
Registrant’s telephone number, including area code: (857) 327-8778
Check the appropriate box below if the Form 8-K filing is intended to simultaneously satisfy the filing obligation of the registrant under any of the following provisions:
Securities registered pursuant to Section 12(b) of the Act:
Indicate by check mark whether the registrant is an emerging growth company as defined in Rule 405 of the Securities Act of 1933 (§230.405 of this chapter) or Rule 12b-2 of the Securities Exchange Act of 1934 (§240.12b-2 of this chapter). Emerging growth company  ☒
If an emerging growth company, indicate by check mark if the registrant has elected not to use the extended transition period for complying with any new or revised financial accounting standards provided pursuant to Section 13(a) of the Exchange Act. ☐
Cyclerion Therapeutics, Inc. (the “Company”) has announced that Errol De Souza was appointed to the Company’s board of directors (the "Board") on April 21, 2021. Dr. De Souza’s appointment was made immediately after the Board increased the size of the Board from eight to nine members.  Dr. De Souza has been appointed by the Board to serve on the Compensation Committee and the Science Committee of the Board.
Dr. De Souza has been the executive chairman of Bionomics Limited since November 2018.  Previously, Dr. De Souza served as president, chief executive officer, and director of several companies, including Neuropore Therapies, Inc. from January 2017 to December 2019, Biodel, Inc. from March 2010 to January 2016, Archemix Corp from April 2003 to March 2009 and Synaptic Pharmaceutical Corporation from September 2002 to March 2003.  From September 1998 to September 2002 Dr. De Souza held senior vice president roles at Hoechst Marion Roussel Pharmaceuticals, Inc. and Aventis Pharmaceuticals, Inc.  He was also founder, chief scientific officer and director at Neurocrine Biosciences, Inc. from October 1992 to August 1998 and head of CNS Diseases Research at DuPont Merck from May 1990 to October 1992.  Dr. De Souza is currently a member of the board of directors of Catalyst Biosciences, Inc., Bionomics Limited and Royalty Pharma.  He has previously served on the board of directors of Targacept, Inc., IDEXX Laboratories, Palatin Technologies, Inc. and a number of private company boards.
Dr. De Souza received a B.A. in physiology and a Ph.D. in endocrinology from the University of Toronto. Dr. De Souza brings to our board extensive strategic and CNS experience as an executive in the biopharmaceutical industry, having founded companies and served as executive chairman, president and CEO of several public and private biopharmaceutical companies.
On April 26, 2021, the Company issued a press release announcing Dr. De Souza’s appointment to the Board. A copy of the press release is attached hereto as Exhibit 99.1 and is incorporated by reference herein.
The information set forth in and incorporated by reference into this Item 7.01 is being furnished pursuant to Item 7.01 of Form 8-K and shall not be deemed “filed” for purposes of Section 18 of the Securities Exchange Act of 1934, as amended (the “Exchange Act”), or otherwise subject to the liabilities of that section, and it shall not be deemed incorporated by reference in any filing under the Securities Act of 1933, as amended, or under the Exchange Act, whether made before or after the date hereof, except as expressly provided by specific reference in such a filing.
(d)
SIGNATURES
Pursuant to the requirements of the Securities Exchange Act of 1934, the registrant has duly caused this report to be signed on its behalf by the undersigned hereunto duly authorized. 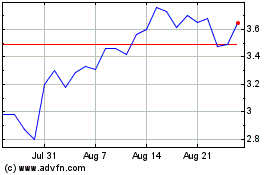 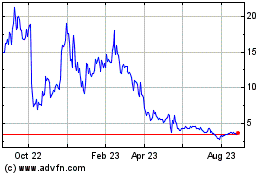 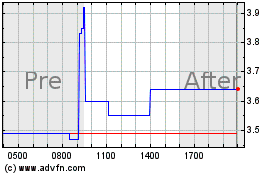