The two-dose vaccine is in late-stage testing, and CureVac has said results could come as soon as next month.

Novartis, one of the world's biggest drugmakers by sales, said Thursday it would upgrade its plant in Kundl, Austria, so that it can help make up to 50 million doses of CureVac's vaccine this year and up to 200 million doses next year.

The Swiss drug giant said it is preparing to begin production on the vaccine in the second quarter, and expects to begin delivering key components of the shot to CureVac in the summer.

CureVac will finish manufacturing and prepare doses for shipment, should regulators give the green light. The company has assembled a manufacturing network that aims to produce up to 300 million doses this year.

The arrangement with Novartis is the latest instance of drug companies joining to boost vaccine supply as the world looks to increase immunization and end the pandemic.

This week, Merck & Co. said it would help to manufacture Johnson & Johnson's vaccine, which was recently cleared by health regulators for use in the U.S.

Novartis, which sold its vaccine business in 2014, also signed up to perform fill-finish for Pfizer Inc. and BioNTech SE, a last step in which vials are filled, capped and readied for shipment. Novartis's Swiss plant is scheduled to deliver doses as early as July.

The collaborations have brought together rivals. They promise to substantially increase the output of Covid-19 shots amid heavy demand, though the partners must first master complex production processes.

Researchers designed mRNA vaccines to teach cells to make a harmless version of the spike protein that juts from the new coronavirus. Production of the protein trains the immune system to recognize the real coronavirus and fight it.

Novartis said it would make the mRNA for the vaccine, and encapsulate the molecules with tiny fat particles for protection as they travel to a cell.

Novartis invested $10 million as part of adapting its facility in Austria to produce CureVac's vaccine, said Steffen Lang, who oversees the company's manufacturing and supply operations, in an interview.

Mr. Lang said the deal grew out of Novartis's efforts last year offering manufacturing help to companies developing Covid-19 vaccines and drugs. He said Novartis is in discussions with other firms, but declined to name them.

The mRNA approach is also the basis for vaccines from Moderna Inc. and Pfizer-BioNTech that have been cleared for use around the world.

CureVac, based in the southern German state of Baden-Württemberg, in December began a late-stage clinical trial in about 37,000 people of the vaccine, called CVnCoV. Last month, it began a rolling submission with European regulators for the shot's authorization.

Another big drugmaker, Bayer AG, has been assisting with development of the vaccine.

Should regulators clear CureVac's vaccine, it would boost the world's limited vaccine stock. The company struck a deal to provide up to 405 million doses to European member states.

The new mRNA vaccines from Moderna and Pfizer-BioNTech have contributed to a global vaccine rollout, but health authorities have confronted limited supplies as companies increase manufacturing.

The manufacturing partnerships promise higher output, but some of the steps have been tough to scale up quickly, in part because they haven't been performed before, according to manufacturing experts. 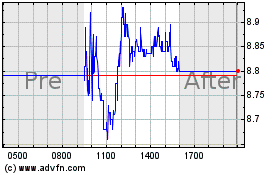