CPS Technologies Corporation (Nasdaq: CPSH) congratulates NASA and the Jet Propulsion Laboratory on the successful launch of the Mars 2020 Mission Perseverance Rover. CPS is proud to have produced the AlSiC hermetic housing for the turret power supply for the SHERLOC scientific instrument on the Perseverance Rover.

AlSiC is a metal-matrix composite consisting of the metal aluminum and the ceramic silicon carbide. In power modules and power supplies, as well as many other electronic applications, AlSiC enables higher reliability and higher performance as a result of its material properties, particularly thermal expansion, thermal conductivity and stiffness-to-weight ratio. AlSiC is very light weight, which is an important consideration in space-based and airborne applications.

In addition to the Mars 2020 Mission Perseverance Rover, CPS AlSiC components are also found on the International Space Station and in the most recent generation of GPS satellites (GPS III) for the U.S. Space Force. CPS believes AlSiC components will increasingly be used in space-based and airborne applications because of the compelling performance advantages AlSiC provides.

For additional information on the remarkable technologies and capabilities of the Perseverance Rover please see NASA’s webpage: https://mars.nasa.gov/mars2020/mission/overview/. 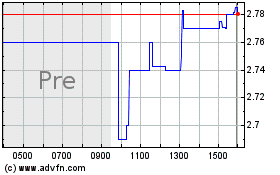