For the month of November 2021

INFORMATION CONTAINED IN THIS REPORT ON FORM 6-K

The data show that the trial met its primary efficacy endpoint, with statistically significant improvements in the percentage reduction in the Eczema Area and Severity Index (EASI) score from baseline to Week 16. All three CBP-201 arms (300mg Q2W, 150mg Q2W or 300mg Q4W) were statistically superior to placebo at Week 16. Further, all three CBP-201 arms showed statistically significant improvements in the proportion of patients achieving at least a 50% or 75% reduction in EASI score from baseline at Week 16, compared with placebo (EASI-50 or EASI-75, respectively).

Improvements with CBP-201 over placebo were seen for other key secondary efficacy endpoints, including the proportion of patients achieving an Investigator Global Assessment (IGA) score of 0 or 1 (clear or almost clear) and a reduction of ³2 points from baseline at Week 16; and change from baseline to Week 16 in weekly average Peak Pruritus Numerical Rating Scale (PP-NRS), as well as a range of other endpoints. CBP-201 was also observed to have a favorable safety profile, with a similar incidence of Treatment-Emergent Adverse Events (TEAEs), Serious Adverse Events (SAEs) and TEAEs leading to study drug discontinuation reported for CBP-201 treatment and placebo groups. Finally, there were a low reported incidence of injection site reactions (1.8%) and conjunctivitis (3.5%) in patients receiving CBP-201.

The global Phase 2 clinical trial, “A Randomized, Double-Blind, Placebo-Controlled Multi-Centered Study of the Efficacy, Safety, Pharmacokinetics and Pharmacodynamics of CBP-201 in Adult Subjects With Moderate to Severe Atopic Dermatitis”, enrolled 226 patients (ages 18–75 years) throughout the United States, China, Australia and New Zealand. Patients were randomized to one of three CBP-201 treatment groups or the placebo group. The CBP-201 treatment groups all received a 600 mg loading dose on Day 1 and then received 300 mg every two weeks (Q2W), 150 mg Q2W or 300 mg every four weeks (Q4W). The treatment period was 16 weeks, and all patients were followed for an additional period of 8 weeks.

CBP-201 and placebo were administered via subcutaneous (SC) injection.

The primary efficacy endpoint was percentage reduction in the EASI score from baseline to Week 16 for each CBP-201 group compared with the placebo group; the key secondary endpoints were the proportion of patients with Investigator Global Assessment (IGA) score 0 or 1 and a reduction of >2 points at Week 16; the proportion of patients achieving EASI-50, EASI-75 or EASI-90 from baseline at Week 16; and change from baseline to Week 16 in weekly average PP-NRS. Safety assessments included reported adverse events (AEs), vital signs (VS), physical examinations and injection site changes; laboratory and electrocardiogram (ECG) evaluations; and the number of patients displaying anti-drug antibodies (ADA).

The Company intends to share additional trial results from this global Phase 2 clinical trial at an upcoming medical conference after completing its analyses.

On November 18, 2021, the Company issued the press release attached hereto as Exhibit 99.1, which is incorporated herein by reference.

The furnishing of the attached press release is not an admission as to the materiality of any information therein. The information contained in the press release is summary information that is intended to be considered in the context of more complete information included in the Company’s filings with the Securities and Exchange Commission (the “SEC”) and other public announcements that the Company has made and may make from time to time. The Company undertakes no duty or obligation to update or revise the information contained in this report, although it may do so from time to time as its management believes is appropriate. Any such updating may be made through the filing or furnishing of other reports or documents with the SEC or through other public disclosures. 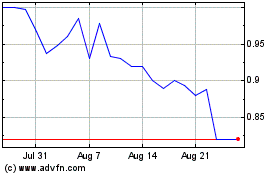 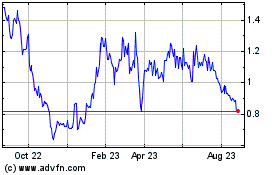 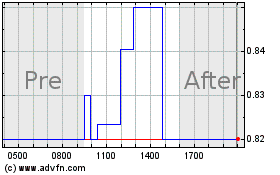