SAN DIEGO, May 14, 2020 – Histogen Inc., a regenerative medicine company with a novel biological platform that replaces and regenerates tissues in the body, announced today the publication of data on HST 004, its patented, naturally-derived material for spinal disc repair in the Journal of Medicine and Surgical Sciences.

Histogen has developed a cell conditioned media (CCM) that is embryonic-like in composition and that has been shown to stimulate stem cells in vivo. The material expresses stem cell-associated proteins, including nodal, brachyury, nestin and Oct4, and has the potential to reduce inflammation and stimulate autologous intravertebral disc (IVD) cells, which can lead to the repair of IVD matrix.

In a spinal disc study, HST 004 reversed inflammation and protease activity and stimulated aggrecan secretion in the thrombin-induced rabbit ex vivo model. In vivo studies in the rabbit degenerative disc model showed that, in as little as 4 weeks post treatment with HST 004, disc height increased as compared to the control. MRI analysis demonstrated regeneration of the disc tissue (Pfirrmann grading analysis p<0.05).

“Disc degeneration due to traumatic injury is associated with inflammation and breakdown of the disc tissue,” said Dr. Gail K. Naughton, Founder and Chief Scientific Officer of Histogen. “We are very excited that studies with HST 004 demonstrated a significant and rapid reduction in inflammation and degradation markers, and a stimulation of disc cells to produce new matrix. The in vivo model results support the regeneration of the disc to a pre-damaged state.”

Pain associated with degenerative disc disease or spinal disc injury affects 21 million patients in the U.S. With surgical intervention considered a last resort and utilized in only 5% of cases, a minimally invasive treatment that helps to restore cartilage and reduce inflammation could fill a significant unmet need.

“We are encouraged by this data on HST 004 and we look forward to generating additional pre-clinical data later this year in anticipation of filing an investigational new drug application on spinal disc repair in 2021,” said Richard Pascoe, Chairman and CEO of Histogen.

The research paper entitled “A Novel Bioengineered Material to Reverse Intervertebral Disc Degeneration” has been published in Volume 2, Issue 1 of Journal of Medicine and Surgical Sciences, and is currently available electronically at https://escientificpublishers.com/a-novel-bioengineered-material-to-reverse-intervertebral-disc-degeneration-JMSS-02-0018.

On January 28, 2020, Histogen announced that it entered into a definitive agreement with Conatus Pharmaceuticals Inc. (Nasdaq: CNAT) pursuant to which Histogen will merge with and into a wholly-

Under the terms of the merger agreement, pending stockholder approval of the transaction, Histogen will merge with a wholly-owned subsidiary of Conatus and Histogen stockholders will receive newly issued shares of Conatus common stock. The exchange ratio used to determine the number of shares of Conatus common stock issuable to Histogen stockholders pursuant to the merger will be determined using a pre-transaction valuation of $100 million for Histogen’s business, based on its latest priced investment round and clinical pipeline advancement, and $35.135 million for Conatus’ business, an approximately 155% premium to the 20-day volume weighted average closing share price of Conatus common stock prior to the announcement date on the Nasdaq Capital Market. As a result, current Conatus stockholders will collectively own approximately 26%, and Histogen stockholders will collectively own approximately 74%, of the combined company on a fully-diluted basis, after taking into account Histogen’s and Conatus’ outstanding options and warrants at the time of closing, irrespective of the exercise prices of such options and warrants, with such ratio subject to adjustment based on each company’s net cash balance at closing.

The combined company, led by Histogen’s current management team, will be named Histogen Inc. and be headquartered in San Diego, CA. After closing, the combined company is expected to change its trading symbol to “HSTO” and trade on the Nasdaq Capital Market. At closing, the combined company’s board of directors is anticipated to consist of eight members, including six members of Histogen’s current board and two members of Conatus’ current board. The merger agreement has been unanimously approved by the board of directors of each company, who have also recommended to their respective company’s stockholders that they approve the merger agreement, the merger and, with respect to Conatus’ stockholders, a reverse stock split. The merger is expected to close by the end of the second quarter of 2020, subject to approvals by the stockholders of Histogen and Conatus, a reverse stock split being implemented by Conatus, the continued listing of the combined company on Nasdaq and other customary closing conditions.

A more complete description of the terms of and conditions of the merger can be found in Conatus’ Form 8-K filed on January 28, 2020, with the SEC and in the Merger Agreement, which is filed as an exhibit to that Form 8-K.

Conatus is a biotechnology company that had been focused on the development of novel medicines to treat chronic diseases with significant unmet need. For additional information, please visit www.conatuspharma.com.

Certain statements herein constitute forward-looking statements within the meaning of Section 27A of the Securities Act of 1933, as amended, and Section 21E of the Securities Exchange Act of 1934, as amended, and are intended to be covered by the safe harbor provisions of the Private Securities Litigation Reform Act of 1995. Such statements may be identified by words such as “believes,” “will,” “would,” “expects,” “project,” “may,” “could,” “developments,” “launching,” “opportunities,” “anticipates,” “estimates,” “intends,” “plans,” “targets” and similar expressions. These forward-looking statements include, but are not limited to, statements concerning: the expected structure, timing and completion of the proposed merger; future product development plans and projected timelines for the initiation and completion of preclinical and clinical trials; the potential for the results of ongoing preclinical or clinical trials and the efficacy of Histogen’s drug candidates; the potential market opportunities and value of drug candidates; risks related to business interruptions, including the outbreak of COVID-19 coronavirus, which could seriously harm our financial condition and increase our costs and expenses; other statements regarding future product development and regulatory strategies, including with respect to specific indications; any statements regarding the combined company’s future financial performance, results of operations or sufficiency of capital resources to fund operating requirements; any statements relating to future Nasdaq listing; the executive and board structure of the combined company; and any other statements that are not statements of historical fact. These statements are based upon the current beliefs and expectations of each company’s management and are subject to significant risks and uncertainties.

Actual results may differ materially from those set forth in the forward-looking statements as a result of numerous factors. The following factors, among others, could cause actual results to differ materially from the anticipated results expressed in the forward-looking statements: the risk that the conditions to the closing of the proposed merger are not satisfied, including the failure to timely obtain stockholder approval for the transaction, if at all; uncertainties as to the timing of the consummation of the proposed merger; risks related to each company’s ability to manage its operating expenses and its expenses associated with the proposed merger pending closing; the risk that as a result of adjustments to the exchange ratio, Conatus stockholders and Histogen stockholders could own more or less of the combined company than is currently anticipated; risks related to the market price of Conatus’ common stock relative to the exchange ratio; the businesses of Histogen and Conatus may not be combined successfully, or such combination may take longer than expected; the combined company’s need for, and the availability of, substantial capital in the future to fund its operations and research and development activities; the combined company’s ability to continue to successfully progress research and development efforts and to create effective, commercially-viable products; and the success of the combined company’s product candidates in completing pre-clinical or clinical testing and being granted regulatory approval to be sold and marketed in the United States or elsewhere. Additional factors that could cause actual results to differ materially from those expressed in the forward-looking statements are discussed in Conatus’ reports (such as the Annual Report on Form 10-K, Quarterly Reports on Form 10-Q and Current Reports on Form 8-K) filed with the Securities and Exchange Commission (the “SEC”) and available at the SEC’s Internet website (www.sec.gov). All subsequent written and oral forward-looking statements concerning the proposed transaction or other matters attributable to Histogen or Conatus or any person acting on their behalf are expressly qualified in their entirety by the cautionary statements above. Except as required by law, neither Conatus nor Histogen undertakes any obligation to update any forward-looking statement to reflect circumstances or events that occur after the date the forward-looking statement is made.

This communication is not intended to and does not constitute an offer to sell or the solicitation of an offer to buy any securities or a solicitation of any vote or approval. This communication may be deemed to be solicitation material in respect of the proposed merger. Conatus has filed a registration statement on Form S-4 (File No. 333-236332) containing a definitive proxy statement/ prospectus/information statement of Conatus and Histogen and other documents concerning the proposed merger with the SEC (which registration statement was declared effective by the SEC on April 1, 2020). BEFORE MAKING ANY VOTING DECISION, CONATUS’ AND HISTOGEN’S RESPECTIVE STOCKHOLDERS ARE URGED TO READ THE DEFINITIVE PROXY STATEMENT/PROSPECTUS/INFORMATION STATEMENT, AND OTHER RELEVANT DOCUMENTS FILED WITH THE SEC RELATING TO THE PROPOSED MERGER, INCLUDING DOCUMENTS INCORPORATED INTO THE REGISTRATION STATEMENT BY REFERENCE, AS THEY CONTAIN IMPORTANT INFORMATION ABOUT THE PROPOSED MERGER.

In addition to receiving the proxy statement by mail, stockholders also will be able to obtain these documents, as well as other filings containing information about Conatus, the proposed Merger and related matters, without charge, from the SEC’s website at www.sec.gov. In addition, these documents can be obtained, without charge, by sending an e-mail to info@conatuspharma.com, along with complete contact details and a mailing address or by contacting Conatus at (858) 376-2600.

This communication may be deemed to be solicitation material in respect of the proposed Merger. Conatus and Histogen, and certain of their respective directors, executive officers and other members of management and employees, may, under SEC rules, be deemed to be participants in the solicitation of proxies from Conatus stockholders with respect to the proposed merger. Information regarding the interests of the directors and executive officers of Conatus and Histogen is set forth in Conatus’ registration statement on Form S-4 referenced above, containing a definitive proxy statement/ prospectus/information statement of Conatus and Histogen and other documents concerning the proposed merger. Changes to the holdings of Conatus securities by Conatus’ directors and executive officers have been or will be reflected on Statements of Change in Ownership on Form 4 filed with the SEC. These documents (when available) may be obtained free of charge from the SEC’s website at www.sec.gov.

This communication is not intended to, and does not, constitute a solicitation of proxy or an offer to sell or purchase, or a solicitation of an offer to sell or purchase, any securities; nor shall there be any offer or sale of securities in any jurisdiction in which such offer, solicitation or sale would be unlawful prior to registration or qualification under the securities laws of any such jurisdiction. No public offer of securities in connection with the proposed Merger shall be made except by means of a prospectus meeting the requirements of Section 10 of the Securities Act of 1933, as amended. 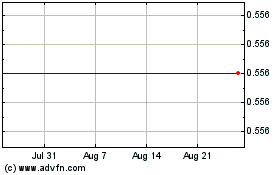 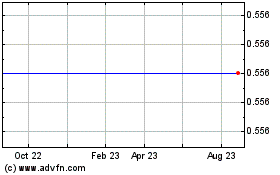 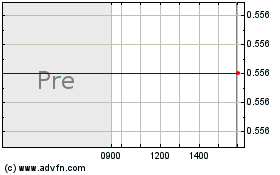