Comscore Inc. is nearing a deal with Charter Communications Inc., Qurate Retail Inc. and private-equity firm Cerberus Capital Management LP aimed at bolstering the finances of the troubled media-measurement company and potentially strengthening its commercial relationships, according to people familiar with the matter.

The exact structure of the deal couldn't be learned. Comscore said in November it was in advanced discussions for a "recapitalization transaction" that would lower its debt and provide it with greater liquidity.

The deal could help free Comscore from its loan arrangement with activist investor Starboard Value LP, which imposed strict covenants requiring it to have a minimum cash balance and steep interest payments, as well as terms for repayment of $204 million next year, according to securities filings.

Comscore, known for its measurement tools for online and local media, as well as film viewing, has faced a number of challenges in recent years, including executive departures, an accounting scandal and a subsequent Securities and Exchange Commission investigation, which resulted in a $5 million settlement in 2019. The company has also faced increasing demand from media and marketing clients for new measurement capabilities.

Comscore already has relationships with various cable operators and data providers, including Charter. But the deal could improve the measurement company's access to the company's trove of set-top box viewership data, helping it better compete with larger rival Nielsen Holdings PLC.

Media giants reliant on Nielsen ratings have called for more competition in media measurement. Both companies are under enormous pressure to adapt their services to keep up with the rapidly changing media consumption habits of consumers.

Comscore in late 2019 named Bill Livek its CEO. Months earlier, Bryan Wiener, the company's former chief executive, and Sarah Hofstetter, its former president, announced their resignations after less than a year in the roles, citing disagreements with the board over the execution of the company's strategy.

Shortly after their departures, the company announced layoffs and said it was working to renegotiate data contracts and lower its fixed costs.

--Lillian Rizzo contributed to this article.

Write to Alexandra Bruell at alexandra.bruell@wsj.com, Miriam Gottfried at Miriam.Gottfried@wsj.com and Suzanne Vranica at suzanne.vranica@wsj.com 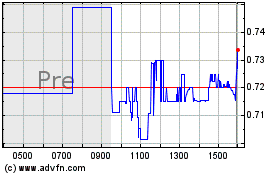