Comcast and LA28 to highlight diversity, equity and inclusion efforts with commitment to lasting social impact

“Supporting Team USA is one of our greatest honors, and we are proud to extend this special partnership and begin the exciting journey toward the LA28 Games,” said Brian L. Roberts, Chairman and CEO of Comcast Corporation. “Every Games year, our company comes together to share the extraordinary moments and stories of the world’s best athletes and celebrate their hope and resiliency. It is truly a privilege to be able to bring that inspiration home to America for years to come, and we’re looking forward to doing just that this summer in Tokyo.”

As Founding Partner of the LA28 Olympic and Paralympic Games, Comcast will work with LA28 over the next several years to drive lasting social change and build a more equitable and inclusive society, including by championing the Paralympic Movement as Los Angeles prepares for its first-ever Paralympic Games. These efforts will support LA28’s Diversity, Equity and Inclusion Collective, raising awareness for underrepresented communities.

“Our journey to the LA28 Olympic and Paralympic Games is fueled by limitless possibility,” said Casey Wasserman, LA28 Chairperson. “As we look to inspire and connect with the next generation of fans across Los Angeles and around the world, we will share thousands of stories of sport, creativity and inclusion. Comcast is the perfect partner to bring those stories to life and we look forward to working together over the next eight years to create real, sustainable, positive change in our communities.”

Under the new agreement, Comcast brands, including Xfinity and Comcast Business, will continue as the official communications services provider to consumers and businesses, including Internet, video distribution, wireless and electronic home security for Team USA for Beijing 2022, Paris 2024, Milan Cortina 2026 and Los Angeles 2028. Comcast has been an Official Partner of Team USA since 2017.

This partnership builds on Comcast NBCUniversal’s long-standing commitment to the Olympic Games. For decades, NBC has been home to the incredible stories and inspiration of the Olympic and Paralympic Games for millions of Americans, a legacy that Comcast embraced when it acquired NBCUniversal in 2011, immediately securing the U.S. broadcasting rights from the International Olympic Committee, which now extend through 2032.

Comcast Corporation (Nasdaq: CMCSA) is a global media and technology company that connects people to moments that matter. We are principally focused on broadband, aggregation, and streaming with over 56 million customer relationships across the United States and Europe. We deliver broadband, wireless and video through our Xfinity, Comcast Business and Sky brands; create, distribute, and stream leading entertainment, sports, and news through Universal Filmed Entertainment Group, Universal Studio Group, Sky Studios, the NBC and Telemundo broadcast networks, Peacock, NBC News, NBC Sports, Sky News, and Sky Sports; and provide memorable experiences at Universal Parks and Resorts in the United States and Asia.

The LA28 Olympic and Paralympic Games will be a platform of inclusion and creativity for athletes and fans around the world, harnessing Los Angeles’ diversity, optimism and youthful energy. LA28 will mark Los Angeles’ third time to host the Olympic Games (previously hosted in 1984 and 1932) and first time to host the Paralympic Games. The LA28 Games Plan will use existing world-class stadiums and sports venues across the Los Angeles region, ensuring a sustainable and fiscally responsible event. The LA28 Games are independently operated by a privately funded, non-profit organization with revenue from corporate partners, consumer products, hospitality and ticketing programs and a significant contribution from the International Olympic Committee. 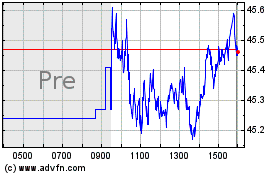