Futures-exchange operator CME Group Inc. has agreed to pay a fine of up to $4 million to settle a long-running lawsuit with its regulator over accusations that former exchange employees leaked confidential trading information.

The Commodity Futures Trading Commission brought the case in 2013 against a CME unit, the New York Mercantile Exchange, and two former employees of the unit, known as Nymex. The CFTC accused the former employees of disclosing private information on client activities to a commodities broker in return for meals and entertainment. The regulator later added the broker as a target of its civil lawsuit.

Nymex and the two former employees, William Byrnes and Christopher Curtin, agreed to pay a $4 million fine as part of the settlement. Judge Vernon Broderick of the Southern District of New York approved the settlement on Monday, in an order that was made public Tuesday.

Under the settlement, Mr. Byrnes's contribution to the fine is capped at $300,000 and Mr. Curtin's is capped at $200,000, meaning CME must pay at least $3.5 million to the CFTC and could potentially pay up to $4 million. Chicago-based CME acquired Nymex, a marketplace for oil and natural gas futures and options, in 2008.

Nymex and Messrs. Byrnes and Curtin neither admitted nor denied the CFTC's allegations. The two former Nymex employees agreed to lifetime bans from futures trading as part of the settlement.

A CME spokeswoman declined to comment. A lawyer for Mr. Byrnes said he was pleased with the resolution of the dispute. CFTC representatives and a lawyer for Mr. Curtin didn't respond to requests for comment.

Between 2008 and 2010, Messrs. Byrnes and Curtin divulged information about the oil and gas options trades of Nymex clients to Mr. Eibschutz, including the identities of the firms behind specific trades, according to this week's settlement. Such information can be useful to brokers for the purposes of drumming up business or offering a more detailed picture of market activity to their clients. It is normally closely guarded by exchanges.

Nymex fired Mr. Byrnes in 2010, while Mr. Curtin resigned from his job at the exchange in 2009, the settlement said.

CME had unsuccessfully sought to have the CFTC's lawsuit thrown out, arguing it shouldn't be held liable for the actions of the former employees and that Nymex was harmed by their misconduct. Judge Broderick allowed the case to go forward in 2014. In this week's settlement, Nymex agreed that it was "vicariously liable" for their violations.

The case was an unusual clash between the U.S. futures regulator and an exchange that it regulates. Normally the CFTC works with CME to oversee trading in futures and options markets.

CME is one of the world's largest exchange groups, offering futures and options contracts on markets ranging from energy to metals to interest rates. 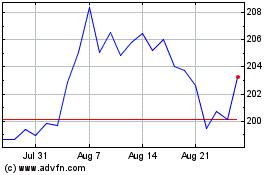 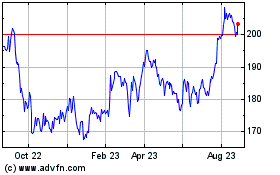 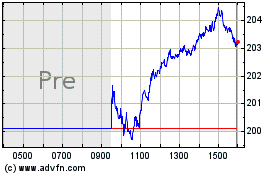