(Exact name of Registrant as specified in charter)

On May 14, 2021, China Jo-Jo Drugstores, Inc., a Nevada corporation (the “Company”) and China Jo-Jo Drugstores Holdings, Inc., an exempted company incorporated under the laws of the Cayman Islands and a wholly owned subsidiary of the Company (“CJJD Cayman”) entered into a definitive agreement and plan of merger (the “Merger Agreement”) related to a proposed merger transaction. The Merger Agreement provides that, upon the terms and subject to the conditions set forth therein, the Company will merge with and into CJJD Cayman (the “Redomicile Merger”), with CJJD Cayman surviving and changing its name to China Jo-Jo Drugstores, Inc. Following the Redomicile Merger, CJJD Cayman, together with its subsidiaries, will own and continue to conduct the Company’s business in substantially the same manner as is currently being conducted by the Company and its subsidiaries.

At the Effective Time, the obligations of the Company under or with respect to every plan, trust, program and benefit then in effect or administered by the Company for the benefit of the directors, officers and employees of the Company or any of its subsidiaries will become the obligations of CJJD Cayman and will be implemented and administered in the same manner and without interruption until the same are amended or otherwise altered or terminated.

Additionally, at the Effective Time, CJJD Cayman will adopt and assume the obligations of the Company under or with respect to certain contracts or agreements as described in the Merger Agreement. The contracts and agreements will become the obligations of CJJD Cayman and will be performed in the same manner and without interruption until the same are amended or otherwise lawfully altered or terminated.

The Merger Agreement contains customary closing conditions, including, among others, approval of the Redomicile Merger by the Company’s stockholders, the effectiveness of the registration statement on Form F-4 filed by CJJD Cayman related to the Redomicile Merger and receipt of required regulatory approvals.

The Merger Agreement has been approved by the Boards of Directors of each of the Company and CJJD Cayman. The Completion of the Redomicile Merger is subject to the required approval of the Company’s stockholders, requisite regulatory approvals, the effectiveness of the registration statement on Form F-4 filed by CJJD Cayman related to the Redomicile Merger, and other customary closing conditions.

Additional information about the Redomicile Merger and where to find it

This communication does not constitute an offer to sell or the solicitation of an offer to buy any securities or a solicitation of any vote or approval. Stockholders of the Company are urged to read the registration statement on Form F-4 and the proxy statement/prospectus included within the registration statement and any other relevant documents to be filed with the SEC in connection with the proposed Redomicile Merger because they will contain important information about the Company, CJJD Cayman and the proposed transaction. 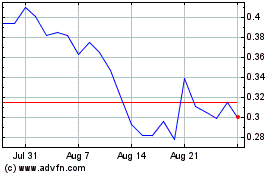 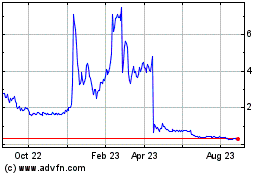 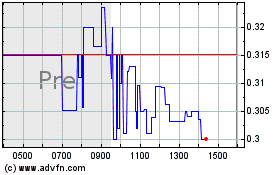