On April 27, 2021, the Board of Directors (the “Board”) of Chesapeake Energy Corporation (the “Company”) and Robert D. Lawler reached an agreement that Mr. Lawler will no longer serve in his position as President and Chief Executive Officer of the Company and as a director on the Board.

The foregoing description of the terms and conditions of the Severance Agreement does not purport to be complete and is qualified in its entirety by the full text of the Agreement, a copy of which is attached hereto as Exhibit 10.1 and incorporated herein by reference.

In connection with his appointment, the Company entered into a letter agreement with Mr. Wichterich (the “Interim CEO Agreement”). Pursuant to the Interim CEO Agreement, during the period in which Mr. Wichterich serves as Interim Chief Executive Officer, he will receive a salary at the rate of (a) $61,250.00 per month through July 31, 2021 and (b) $204,583.33 per month thereafter. In addition, in consideration for Mr. Wichterich’s services as Interim Chief Executive Officer, he will receive an award of performance share units with a grant date value of $430,000 that will generally become vested if, on any date prior to March 1, 2024, the 60-day volume weighted average price of the Company’s common stock equals or exceeds $55. The foregoing description of the terms and conditions of the Interim CEO Agreement does not purport to be complete and is qualified in its entirety by the full text of the Interim CEO Agreement, a copy of which is attached hereto as Exhibit 10.2 and incorporated herein by reference.

On April 26, 2021, the Board approved an amendment to the Chesapeake Energy Corporation 2021 Long Term Incentive Plan to clarify that the limits on awards for non-employee directors in the plan only apply to awards granted in respect of service on the Board. A copy of the amendment is attached hereto as Exhibit 10.3. 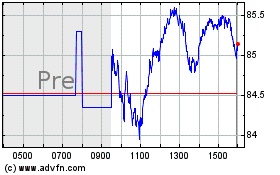