On April 7, 2021, Century Bancorp, Inc. (“Century”), the holding company of Century Bank and Trust Company, and Eastern Bankshares, Inc. (“Eastern”), the holding company of Eastern Bank, entered into an Agreement and Plan of Merger by and among Eastern, Clarion Acquisition Corp. (the “Merger Sub”), Century, and Century Bank and Trust Company (the “Merger Agreement”). Pursuant to the Merger Agreement, Century will merge with and into the Merger Sub, with Century as the surviving entity (the “Merger”). Immediately after the Merger, Century will merge with and into Eastern, with Eastern as the surviving entity (the “Holdco Merger”). It is anticipated that immediately following the Holdco Merger, Century Bank and Trust Company will merge with and into Eastern Bank, with Eastern Bank as the surviving bank. The Merger Agreement has been unanimously approved by the Boards of Directors of each of Century and Eastern.

The consummation of the Merger is subject to customary closing conditions, including the receipt of regulatory approval and Century shareholder approval. The affirmative vote of the holders of a majority of Century’s Class A common stock and Century Class B common stock, voting separately by class, is required to approve the Merger Agreement. The approval of Eastern’s shareholders is not required. The Merger is currently expected to be completed during the fourth quarter of 2021.

The foregoing description of the Voting Agreements does not purport to be complete and is qualified in its entirety by reference to the form of Voting Agreement, which is filed as Exhibit 99.1 to this Current Report on Form 8-K and is incorporated herein by reference.

Except for the historical information contained herein, this report may contain forward-looking statements within the meaning of Section 27A of the Securities Act of 1933 as amended and Section 21E of the Securities Exchange Act of 1934 as amended. Investors are cautioned that forward-looking statements are inherently uncertain. Actual performance and results of operations may differ materially from those projected or suggested in the forward-looking statements due to certain risks and uncertainties, including, without limitation, (i) the fact of the indeterminant length and extent of the economic contraction resulting from the COVID-19 pandemic, (ii) the fact that Century’s business, financial condition and results of operation have been or may be negatively impacted by the extent and duration of the COVID-19 pandemic, (iii) the fact that consumer behavior may change due to changing political, business and economic conditions, including increased unemployment, or legislative or regulatory initiatives, (iv) the fact that Century’s success is dependent to a significant extent upon general economic conditions in New England, (v) the fact that Century’s earnings depend to a great extent upon the level of net interest income (the difference between interest income earned on loans and investments and the interest expense paid on deposits and other borrowings) generated by Century Bank and Trust Company and thus Century Bank and Trust Company’s results of operations may be adversely affected by increases or decreases in interest rates, (vi) the fact that Century Bank and Trust Company’s participation in the Paycheck Protection Program involves reputational risks (vii) the fact that the banking business is highly competitive and the profitability of Century depends upon the Bank’s ability to attract loans and deposits within its market area, where the Bank competes with a variety of traditional banking and other institutions such as credit unions and finance companies, (viii) the fact that our operations are subject to risks including, but not limited to, cybersecurity incidents, fraud, natural disasters and future pandemics, (ix) the fact that future credit losses may be higher than currently expected due to changes in economic assumptions and adverse economic developments, and (x) the fact that a significant portion of Century’s loan portfolio is comprised of commercial loans, exposing Century to the risks inherent in loans based upon analyses of credit risk, the value of underlying collateral, including real estate, and other more intangible factors, which are considered in making commercial loans. Accordingly, Century’s profitability may be negatively impacted by errors in risk analyses, and by loan defaults, and the ability of certain borrowers to repay such loans may be adversely affected by any downturn in general economic conditions, These factors, as well as general economic and market conditions, may materially and adversely affect the market price of shares of Century’s common stock. Because of these and other factors, including those described under “Risk Factors” in Item 1A. of Century’s Annual Report on Form 10-K, past financial performance should not be considered an indicator of future performance. You should not place undue reliance on our forward-looking statements. You should exercise caution in interpreting and relying on forward-looking statements because they are subject to significant risks, uncertainties and other factors which are, in some cases, beyond Century’s control. The forward-looking statements contained herein represent the Company’s judgment as of the date of this report, and Century cautions readers not to place undue reliance on such statement.

In connection with the proposed merger, Century will provide its shareholders with a proxy statement and other relevant documents concerning the proposed transaction. Eastern will also file relevant materials in connection with its proposed acquisition of Eastern. Shareholders of Century are urged to read the proxy statement and other relevant documents and any amendments or supplements to those documents, because they will contain important information which should be considered before making any decision regarding the transaction. A free copy of the proxy statement, as well as other filings containing information about Century and Eastern, when they become available, may be obtained at the SEC’s Internet site (http://www.sec.gov). Copies of the proxy statement may also be obtained, free of charge, from Century’s website at https://investors.centurybank.com/, or by contacting Century’s Investor Relations at 400 Mystic Avenue, Medford, MA, Attention: William P. Hornby, Telephone: (781) 391-4000.

On April 7, 2021, Eastern and Century issued a press release announcing entry into the Merger Agreement. A copy of the press release is furnished as Exhibit 99.2 to this Current Report on Form 8-K.

Pursuant to the requirement of the Securities Exchange Act of 1934, the Company has duly caused this report to be signed on its behalf by the undersigned hereunto duly authorized. 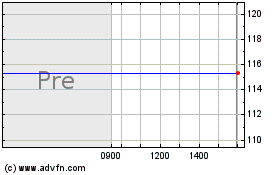