Ant Group Co.'s market debut will bring a windfall to a carefully curated group of international investors that bought a piece of the company two years ago.

In the summer of 2018, the fast-growing financial-technology giant raised $10.3 billion from investors outside mainland China, including wealthy individuals and private funds as well as larger institutions. It was Ant's third private capital raise and the company's only sale of stock to foreign investors before its initial public offering. The deal more than doubled Ant's valuation, brought in high-profile backers and built a large war chest to fund the company's growth and expansion plans.

The deal was highly coveted, allowing the Chinese company to dictate terms and choose who would be allowed to buy -- and so, to reap huge profits when it eventually went public. Ant rebuffed some institutions that weren't offering to invest a sufficient sum, or that had backed its rival Tencent Holdings Ltd., the Journal previously reported. The company emerged from the sale, which totaled $14 billion with the domestic investors included, as the world's most valuable technology startup.

Private-equity firm KKR & Co. considered investing but ultimately didn't, according to a person familiar with the matter. Instead, current and former executives, including Henry Kravis, KKR's co-chairman and co-chief executive officer, invested around $35 million via a private investment vehicle they controlled, according to Ant's prospectus and the person familiar with the move. KKR declined to comment.

Other well-connected buyers in 2018, according to the prospectus, included Hong Kong billionaire and tycoon Li Ka-shing, the children of Tung Chee-hwa -- Hong Kong's chief executive from 1997 to 2005 -- and the son of Taiwanese tycoon Samuel Yin. All invested using private investment vehicles.

The more than 40 foreign investors in Ant, which is controlled by Chinese billionaire Jack Ma, are likely to see their stakes nearly double in value when the company is listed in early November. It is raising at least $34.4 billion in IPOs split equally between Hong Kong and Shanghai.

The share sales will value Ant at $313 billion just before its trading debut, more than twice the $150 billion valuation it achieved in the 2018 fundraising. At the IPO price, those investors' gain will be roughly 84%, The Wall Street Journal calculates.

"It is unusual for investors to put in so much money and make big returns so quickly," said Min Lin, a founding partner at NewQuest Capital Partners, a firm that provides liquidity solutions to private-equity funds. China has produced many high-growth companies in recent years, she said, but few with the size and scale of Ant.

"Ant's earlier fundraising was very tightly controlled, and everyone who got to invest earlier was selected by Ant's management because of their status or their strategic importance to the company," Ms. Lin added.

Ant's market value could climb after the company is listed. A recent Bernstein Research poll of 94 investors found most believed Ant was worth between $300 billion and $375 billion, and its implied price-to-earnings multiples were more like those of technology companies than financial-services firms.

The Hangzhou-headquartered company owns Alipay, a payments and lifestyle app with more than one billion users in China. Ant has grown revenues rapidly by facilitating more mobile payments, originating numerous loans to individuals and businesses, and selling mutual funds and insurance products.

The company closed the books for the $17.2 billion Hong Kong leg of its IPO on Wednesday, a day earlier than scheduled, due to strong world-wide demand -- including from U.S. mutual funds and other large institutions.

In Shanghai, Ant earlier sold about 80% of its shares on offer to so-called strategic investors, among them its former parent Alibaba Group Holding Ltd. and institutions including China's national pension fund, Singapore's sovereign-wealth fund and the Canada Pension Plan Investment Board. The strategic investors agreed not to sell shares for 12 months and to keep at least half their stake for a minimum of two years.

"The very solid commitments from investors with long lockup periods shows that the stock markets in China and Hong Kong aren't just about the frothy retail approach," said Duncan Clark, chairman of BDA China, a business consulting firm, and author of a book about Jack Ma and Alibaba.

Back in 2018, some foreign investment firms decided against buying Ant's shares because they didn't meet the standards set out by the firms' corporate-governance rules, according to a person familiar with the matter. What investors outside China bought was nonvoting stock, via a Cayman Islands-incorporated subsidiary called Ant International.

While those investors bought in expecting Ant to go public within a few years, the company couldn't ensure that would happen. Ant agreed to guarantee some profits to the international investors if a listing didn't take place, according to a person familiar with the matter.

That is now moot. The nonvoting shares investors hold will be swapped for Ant Group's new Hong Kong-listed shares upon the IPO's completion, according to the company's prospectus.

Zhou Wei contributed to this article.

Write to Stella Yifan Xie at stella.xie@wsj.com and Serena Ng at serena.ng@wsj.com 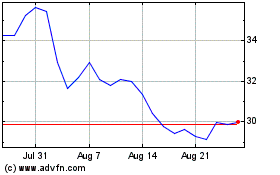 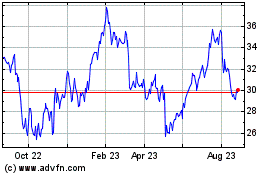 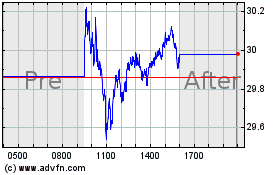