As previously disclosed, on October 26, 2021, Logan Ridge Finance Corporation (the “Company”) priced an offering of $50,000,000 in aggregate principal amount of its 5.25% Notes due 2026 (the “Notes”) in a private placement exempt from registration under the Section 4(a)(2) of the Securities Act of 1933, as amended (the “Securities Act”). The private offering closed on October 29, 2021. The Notes have not been registered under the Securities Act or any state securities laws and may not be reoffered or resold in the United States absent registration or an applicable exemption from such registration requirements. The net proceeds to the Company were approximately $48.8 million, after deducting estimated offering expenses. The Company intends to use the net proceeds of this offering to repay certain indebtedness, including to redeem a portion of the outstanding 2022 Notes, and for general corporate purposes.

The Indenture contains certain covenants, including covenants requiring the Company to comply with the asset coverage requirements of Sections 18(a)(1)(A) and 18(a)(1)(B) as modified by Section 61(a)(2) of the Investment Company Act of 1940, as amended, whether or not it is subject to those requirements, and to provide financial information to the holders of the Notes and the Trustee if the Company is no longer subject to the reporting requirements under the Securities Exchange Act of 1934, as amended. Additionally, the Company has agreed to use its commercially reasonable efforts to maintain a rating of the Notes from a rating agency, as defined in the Indenture, as long as the Notes are outstanding. These covenants are subject to important limitations and exceptions that are described in the Indenture.

Capitala Finance (NASDAQ:CPTA)
Historical Stock Chart
From May 2022 to Jun 2022 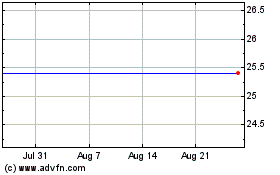 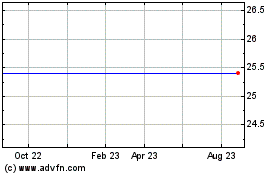 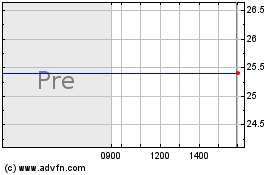