Impact of Merge on BTCS The Merge offers the potential for operators such as BTCS, which currently runs 240 validator nodes and has staked over 8,350 ETH to see a material increase in its ETH rewards, potentially driving increased revenue.

“Our decision to secure Ethereum’s Proof-of-Stake (“PoS”) beacon chain in early 2021 has proved sound. With the success of the merge, our conviction that Ethereum would successfully transition to a greener and more ESG-friendly chain has now come to fruition” stated Charles Allen, Chief Executive Officer of BTCS. “Not only will the merge dramatically increase our rewards, but it should also improve scalability, increase energy efficiency by 99.95%, and enhance the security of Ethereum’s blockchain” continued Allen.

“Imagine a diesel-engine freight train moving at the speed of light carrying items of significant value like digital assets and banknotes. The diesel engine had served the train well in powering the transportation of goods. However, now imagine that there are a few problems with the diesel engine that would be eliminated if a newer, electric engine was swapped in while the train was still driving. The diesel engine being hinted at in the scenario above is the Proof-of-Work (“PoW”) engine, and the Merge is that engine swap-- Ethereum's transition into a newer electric engine, PoS consensus algorithm” stated Allen. “Consensus algorithms are the equivalent of engines that power some of the largest blockchains in the world today” continued Allen.

Maximum Extractable Value (“MEV”) is a value that can be abstracted from modifying the order of transactions within a specific block(s). Miners largely captured MEV before the Merge; however, now, MEV (as well as other protocol rewards and transaction fees) will be distributed to validators.

“Following the Merge, transaction fees once earned by miners will flow to validators such as BTCS” stated Adele Carey, BTCS’ VP of Investor Relations. “Validator’s rewards are also increased due to a redistribution of MEV which should benefit BTCS,” Carey said.

What is the Merge and Why it Matters?

Ethereum’s Merge is one of the most important events in crypto since the publication of Bitcoin’s white paper. The transition from PoW to PoS eliminates the mining process from Ethereum, which is the consensus algorithm Bitcoin uses for security. Instead of being secured by miners that compete to solve a computational puzzle the fastest, like Bitcoin, Ethereum is now secured by collateral (staked ETH--the native token of Ethereum). Validators deposit 32 ETH to ensure they behave in line with the rules of the network. That 32 ETH deposit is subject to slashing, which means if a validator’s behavior is not aligned with the protocol’s rules it could be reduced. The Ethereum network Post-Merge relies on validators to authenticate transactions, thus eliminating the need for mining.

The transition to PoS will improve Ethereum in the following ways:

BTCS is an early mover in the blockchain and digital currency ecosystem, and the first “Pure Play” U.S. publicly traded company focused on blockchain infrastructure and technology. Through its blockchain infrastructure operations, the Company secures Proof-of-Stake blockchains by actively processing and validating blockchain transactions and is rewarded with native digital tokens. The Company is developing a proprietary Staking-as-a-Service platform to allow users to stake and delegate supported cryptocurrencies through a non-custodial platform, which it plans to integrate with its Digital Asset Dashboard, now in beta release. BTCS’ proprietary Digital Asset Platform currently supports six exchanges and over 800 digital assets, and the Company plans to further broaden its suite of performance-tracking tools, add additional centralized and decentralized exchanges, as well as wallets, and validator monitoring. For more information visit: www.btcs.com.

Forward-Looking Statements:Certain statements in this press release constitute “forward-looking statements” within the meaning of the federal securities laws including statements regarding our optimism of the Ethereum transition, the Ethereum transition generating additional interest in the Company, opportunity to build value for our shareholders. Words such as “may,” “might,” “will,” “should,” “believe,” “expect,” “anticipate,” “estimate,” “continue,” “predict,” “forecast,” “project,” “plan,” “intend” or similar expressions, or statements regarding intent, belief, or current expectations, are forward-looking statements. While the Company believes these forward-looking statements are reasonable, undue reliance should not be placed on any such forward-looking statements, which are based on information available to us on the date of this release. These forward-looking statements are based upon current estimates and assumptions and are subject to various risks and uncertainties, including without limitation, the rewards and costs associated with validating transactions on proof-of-stake blockchains, a significant decrease in the value in the crypto that we currently own, loss or theft of the private withdrawal keys resulting in the complete loss of digital assets and reward, regulatory issues, unexpected issues with our Digital Asset Platform, reluctance of users to accept our product, as well as risks set forth in the Company’s filings with the Securities and Exchange Commission including its Form 10-K for the year ended December 31, 2021 and the Prospectus Supplement dated September 14, 2021. Thus, actual results could be materially different. The Company expressly disclaims any obligation to update or alter statements whether as a result of new information, future events or otherwise, except as required by law. 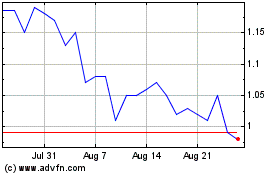 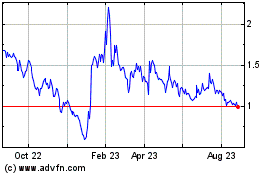 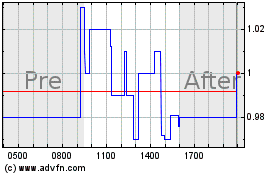