The abstract was originally planned for presentation at the recently cancelled 2020 American Academy of Neurology (AAN) annual meeting. In addition to the online supplement, the abstract is also available through the AAN online abstracts website.

“Neuroinflammation is a prominent pathological feature of ALS and progressive MS. Reduced T and B regulatory function may contribute to disease progression, and lower IL-10 levels may be associated with reduced ALS function and with higher disability and MRI lesion load in secondary progressive MS,” said Ralph Kern MD, MHSc, President and Chief Medical Officer of Brainstorm, “The immunomodulatory properties of MSC-NTF cells, including their effects on T and B regulatory cells, and the observed increase in IL-10 secretion, may be an important contributor to the potential therapeutic benefits of NurOwn in ALS and progressive MS.”

“Brainstorm is committed to fully developing NurOwn technology while continuing to expand our understanding of potential biological mechanisms of action that may contribute to its therapeutic effects in neurodegenerative diseases,” said Chaim Lebovits, Brainstorm CEO, “We look forward to advance our technology platform across several neurodegenerative disease indications and bring much-needed solutions to patients.”

About NurOwn® NurOwn® (autologous MSC-NTF cells) represent a promising investigational approach to targeting disease pathways important in neurodegenerative disorders. MSC-NTF cells are produced from autologous, bone marrow-derived mesenchymal stem cells (MSCs) that have been expanded and differentiated ex vivo. MSCs are converted into MSC-NTF cells by growing them under patented conditions that induce the cells to secrete high levels of neurotrophic factors. Autologous MSC-NTF cells can effectively deliver multiple NTFs and immunomodulatory cytokines directly to the site of damage to elicit a desired biological effect and ultimately slow or stabilize disease progression. NurOwn® is currently being evaluated in a Phase 3 ALS randomized placebo-controlled trial and in a Phase 2 open-label multicenter trial in Progressive MS.

About BrainStorm Cell Therapeutics Inc.   BrainStorm Cell Therapeutics Inc. is a leading developer of innovative autologous adult stem cell therapeutics for debilitating neurodegenerative diseases. The Company holds the rights to clinical development and commercialization of the NurOwn® Cellular Therapeutic Technology Platform used to produce autologous MSC-NTF cells through an exclusive, worldwide licensing agreement as well as through its own patents, patent applications and proprietary know-how. Autologous MSC-NTF cells have received Orphan Drug status designation from the U.S. Food and Drug Administration (U.S. FDA) and the European Medicines Agency (EMA) in ALS. BrainStorm has fully enrolled the Phase 3 pivotal trial in ALS (NCT03280056), investigating repeat-administration of autologous MSC-NTF cells at six sites in the U.S., supported by a grant from the California Institute for Regenerative Medicine (CIRM CLIN2-0989). The pivotal study is intended to support a BLA filing for U.S. FDA approval of autologous MSC-NTF cells in ALS. BrainStorm received U.S. FDA clearance to initiate a Phase 2 open-label multi-center trial of repeat intrathecal dosing of MSC-NTF cells in Progressive Multiple Sclerosis (NCT03799718) in December 2018 and has been enrolling clinical trial participants since March 2019. For more information, visit the company's website.

Safe-Harbor Statement       Statements in this announcement other than historical data and information, including statements regarding future clinical trial enrollment and data, constitute "forward-looking statements" and involve risks and uncertainties that could cause BrainStorm Cell Therapeutics Inc.'s actual results to differ materially from those stated or implied by such forward-looking statements. Terms and phrases such as "may", "should", "would", "could", "will", "expect", "likely", "believe", "plan", "estimate", "predict", "potential", and similar terms and phrases are intended to identify these forward-looking statements. The potential risks and uncertainties include, without limitation, BrainStorm’s need to raise additional capital, BrainStorm’s ability to continue as a going concern, regulatory approval of BrainStorm’s NurOwn® treatment candidate, the success of BrainStorm’s product development programs and research, regulatory and personnel issues, development of a global market for our services, the ability to secure and maintain research institutions to conduct our clinical trials, the ability to generate significant revenue, the ability of BrainStorm’s NurOwn® treatment candidate to achieve broad acceptance as a treatment option for ALS or other neurodegenerative diseases, BrainStorm’s ability to manufacture and commercialize the NurOwn® treatment candidate, obtaining patents that provide meaningful protection, competition and market developments, BrainStorm’s ability to protect our intellectual property from infringement by third parties, heath reform legislation, demand for our services, currency exchange rates and product liability claims and litigation,; and other factors detailed in BrainStorm's annual report on Form 10-K and quarterly reports on Form 10-Q available at http://www.sec.gov. These factors should be considered carefully, and readers should not place undue reliance on BrainStorm's forward-looking statements. The forward-looking statements contained in this press release are based on the beliefs, expectations and opinions of management as of the date of this press release. We do not assume any obligation to update forward-looking statements to reflect actual results or assumptions if circumstances or management's beliefs, expectations or opinions should change, unless otherwise required by law. Although we believe that the expectations reflected in the forward-looking statements are reasonable, we cannot guarantee future results, levels of activity, performance or achievements. 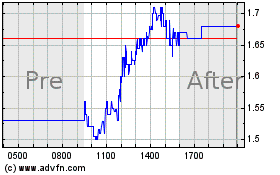