“Accomplishing a significant milestone in early September, we initiated production in Rio Cuarto, Argentina with our first 10-megawatt (MW) module,” said Geoff Morphy, President and COO of Bitfarms. “As of September 30, we installed 1,751 miners at this location and have pending 3,000 miners at Argentina Customs slotted to add to production throughout Q4 2022. During the month, we also began construction at our second 50 MW warehouse in Rio Cuarto, which is on target to be completed during Q2 2023.”

“Reaching 4.2 exahash/second (EH/s), we achieved our September 30, 2022 target operating hashrate,” said Ben Gagnon, Chief Mining Officer of Bitfarms. “During September, we mined 481 BTC, averaging 16 BTC mined per day and exited the month at 17 BTC mined per day. Our increased capacity continues to deliver growth, even while network difficulty increased as much as 13%. A higher network hashrate, due in part to previously idle miners coming back online, and the shorter 30-day month were the primary drivers of lower monthly production compared to August. In the first nine months of 2022, we mined 3,733 BTC, surpassing 2021 full-year production of 3,452 BTC by 8% heading into Q4. With 229 MW planned to be developed by the end of the year, we are well positioned to further grow production in 2023.”

Bitfarms plans to host or attend the following events in the next month:

Bitfarms has 10 mining facilities in production around the world, which are housed in four countries: Canada, the United States, Paraguay, and Argentina. Powered by predominantly environmentally friendly hydro-electric and long-term power contracts, Bitfarms is committed to using renewable, locally based, and often underutilized energy infrastructure.

Trading in the securities of the Company should be considered highly speculative. No stock exchange, securities commission or other regulatory authority has approved or disapproved the information contained herein. Neither the Toronto Stock Exchange, Nasdaq, or any other securities exchange or regulatory authority accepts responsibility for the adequacy or accuracy of this release.

This forward-looking information is based on assumptions and estimates of management of the Company at the time they were made, and involves known and unknown risks, uncertainties and other factors which may cause the actual results, performance, or achievements of the Company to be materially different from any future results, performance or achievements expressed or implied by such forward-looking information. Such factors include, among others, risks relating to: the global economic climate; dilution; the Company’s limited operating history; future capital needs and uncertainty of additional financing, including the Company’s ability to utilize the Company’s at-the-market offering (the “ATM Program”) and the prices at which the Company may sell Common Shares in the ATM Program, as well as capital market conditions in general; risks relating to the strategy of maintaining and increasing Bitcoin holdings and the impact of depreciating Bitcoin prices on working capital; the competitive nature of the industry; currency exchange risks; the need for the Company to manage its planned growth and expansion; the effects of product development and need for continued technology change; the ability to maintain reliable and economical sources of power to run its cryptocurrency mining assets; the impact of energy curtailment or regulatory changes in the energy regimes in the jurisdictions in which the Company operates; protection of proprietary rights; the effect of government regulation and compliance on the Company and the industry; network security risks; the ability of the Company to maintain properly working systems; reliance on key personnel; global economic and financial market deterioration impeding access to capital or increasing the cost of capital; share dilution resulting from the ATM Program and from other equity issuances; and volatile securities markets impacting security pricing unrelated to operating performance. In addition, particular factors that could impact future results of the business of Bitfarms include, but are not limited to: the construction and operation of facilities may not occur as currently planned, or at all; expansion may not materialize as currently anticipated, or at all; the digital currency market; the ability to successfully mine digital currency; revenue may not increase as currently anticipated, or at all; it may not be possible to profitably liquidate the current digital currency inventory, or at all; a decline in digital currency prices may have a significant negative impact on operations; an increase in network difficulty may have a significant negative impact on operations; the volatility of digital currency prices; the anticipated growth and sustainability of hydroelectricity for the purposes of cryptocurrency mining in the applicable jurisdictions; the inability to maintain reliable and economical sources of power for the Company to operate cryptocurrency mining assets; the risks of an increase in the Company’s electricity costs, cost of natural gas, changes in currency exchange rates, energy curtailment or regulatory changes in the energy regimes in the jurisdictions in which the Company operates and the adverse impact on the Company’s profitability; the ability to complete current and future financings, any regulations or laws that will prevent Bitfarms from operating its business; historical prices of digital currencies and the ability to mine digital currencies that will be consistent with historical prices; an inability to predict and counteract the effects of COVID-19 on the business of the Company, including but not limited to the effects of COVID-19 on the price of digital currencies, capital market conditions, restriction on labour and international travel and supply chains; and, the adoption or expansion of any regulation or law that will prevent Bitfarms from operating its business, or make it more costly to do so. For further information concerning these and other risks and uncertainties, refer to the Company’s filings on www.SEDAR.com (which are also available on the website of the U.S. Securities and Exchange Commission at www.sec.gov), including the annual information form for the year-ended December 31, 2021, filed on March 28, 2022. The Company has also assumed that no significant events occur outside of Bitfarms’ normal course of business. Although the Company has attempted to identify important factors that could cause actual results to differ materially from those expressed in forward-looking statements, there may be other factors that cause results not to be as anticipated, estimated or intended. There can be no assurance that such statements will prove to be accurate as actual results and future events could differ materially from those anticipated in such statements. Accordingly, readers should not place undue reliance on any forward-looking information. The Company undertakes no obligation to revise or update any forward-looking information other than as required by law. 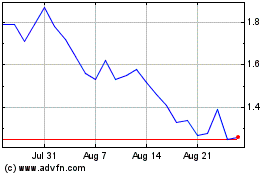 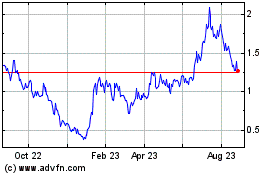 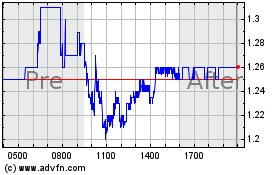