On May 14, 2020, BioMarin Pharmaceutical Inc. (the “Company” or “BioMarin”) completed its previously announced private offering of $550.0 million aggregate principal amount of 1.25% Senior Subordinated Convertible Notes due 2027 (the “Notes”). BioMarin also granted the initial purchasers of the Notes a 13-day option to purchase up to an additional $50.0 million principal amount of Notes. The Notes are the senior subordinated, unsecured obligations of the Company. The Notes were issued pursuant to an Indenture, dated May 14, 2020 (the “Indenture”), between the Company and U.S. Bank National Association, as trustee.

The Notes will mature on May 15, 2027, unless earlier repurchased, redeemed or converted. The Notes will bear interest from May 14, 2020 at a rate of 1.25% per year payable semiannually in arrears on May 15 and November 15 of each year, beginning on November 15, 2020. The Notes will be convertible at the option of the holders at any time before the close of business on the second scheduled trading day immediately preceding the maturity date. The conversion rate for the Notes will initially be 7.2743 shares of the Company’s common stock (the “Common Stock”) per $1,000 principal amount of Notes, which is equivalent to an initial conversion price of approximately $137.47 per share of Common Stock. The initial conversion price of the Notes represents a premium of approximately 42.50% to the $96.47 per share closing price of the Common Stock on May 11, 2020. The conversion rate is subject to adjustment under certain circumstances in accordance with the terms of the Indenture. In addition, following certain corporate transactions, the Company will, in certain circumstances, increase the conversion rate for a holder who elects to convert its Notes in connection with such corporate transactions by a number of additional shares of Common Stock.

The Notes are redeemable in whole or in part, at the Company’s option at any time, and from time to time, on or after May 20, 2024, at a cash redemption price equal to 100% of the principal amount of the Notes to be redeemed, plus accrued and unpaid interest, if any, to, but excluding, the redemption date, but only if the last reported sale price of the Common Stock exceeds 130% of the conversion price on (i) each of at least 20 trading days, whether or not consecutive, during the 30 consecutive trading days ending on, and including, the trading day immediately before the date the Company sends the relevant redemption notice; and (2) the trading day immediately before the date the Company sends such redemption notice. In addition, calling any Note for redemption will constitute a make-whole fundamental change (as defined in the Indenture) with respect to that Note, in which case the conversion rate applicable to the conversion of that Note will be increased, in certain circumstances, if it is converted after it is called for redemption.

The Indenture provides that the Company shall not, without the consent of the holders, consolidate with or merge with or into another person, or sell, convey, transfer or lease all or substantially all of its consolidated properties and assets to, another person, unless: (i) the surviving entity (if not the Company) assumes all our obligations under the indenture and the Notes, as provided in the Indenture; (ii) at the time of and immediately after giving effect to such transaction, no event of default, and no event which, after notice or lapse of time, would become an event of default, shall have happened and be continuing; and (iii) if the Company will not be the resulting or surviving corporation from the consolidation, merger or transfer, an officer’s certificate and an opinion of counsel, each stating that the consolidation, merger or transfer complies with the Indenture, have been delivered to the trustee.

A copy of the Indenture (including the form of the Notes) is attached as an exhibit to this report and is incorporated herein by reference (and this description is qualified in its entirety by reference to such document).

The information set forth under Item 1.01 of this Current Report on Form 8-K is incorporated herein by reference.

The information set forth under Item 1.01 of this Current Report on Form 8-K is incorporated herein by reference.

To the extent that any shares of the Common Stock are issued upon conversion of the Notes, they will be issued in transactions anticipated to be exempt from registration under the Securities Act by virtue of Section 3(a)(9) thereof, because no commission or other remuneration is expected to be paid in connection with conversion of the Notes, and any resulting issuance of shares of the Common Stock.

On May 11, 2020, the Company issued a press release announcing the Company’s proposed private offering of $500 million principal amount of the Notes pursuant to Rule 144A under the Securities Act of 1933, as amended. A copy of the press release is filed as Exhibit 99.1 hereto and is incorporated herein by reference.

On May 11, 2020, the Company issued a press release announcing that it had priced an upsized offering of $550 million principal amount of the Notes. A copy of the press release is filed as Exhibit 99.2 hereto and is incorporated herein by reference. 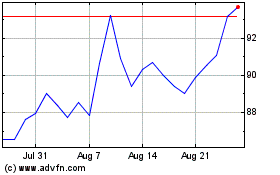 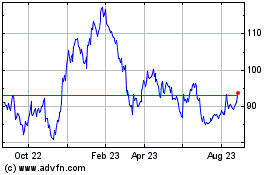 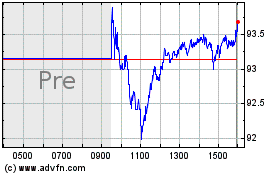