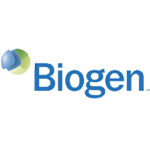 A prominent Harvard drug researcher on Thursday became the third member of a Food and Drug Administration advisory committee to resign over the agency's decision to approve a drug for Alzheimer's, questioning whether the drug works.

The outside advisory committee that he served on -- the FDA's panel on peripheral and central nervous-system pharmaceuticals -- had rejected supporting the drug, known generically as aducanumab, saying the company needed to conduct further study.

Early this week, David S. Knopman, a neurologist at the Mayo Clinic, and Joel S. Perlmutter, a neurologist at Washington University in St. Louis, resigned from the advisory committee in protest over the FDA decision. The recommendations of advisory panels, which consist of acknowledged experts in their fields, are generally accepted by the FDA.

Dr. Perlmutter said in his resignation letter to Stat, a health news organization, that he was quitting "due to this ruling by the FDA without further discussion with our advisory committee."

The agency said it was approving the drug on the basis that it lowered levels of a sticky substance in the brain linked to Alzheimer's called amyloid, which the critics said hasn't been proven to be a driver of the disease.

The FDA on Monday said it gave the green light under its process of accelerated approval because Aduhelm is a drug for a "serious or life-threatening illness that provides a meaningful therapeutic advantage over existing treatments."

The principle behind accelerated approval is that it makes medicines available to severely ill patients faster while a company does further research.

The agency said the drug showed benefit in reducing amyloid plaque, which may play a role in Alzheimer's, which ravages memory and thinking skills.

But the question over Aduhelm is whether it provides any benefit at all, and the role of amyloid in the disease isn't clear.

Dr. Kesselheim said in his resignation letter that the FDA decision was "based on the debatable premise that the drug's effect on brain amyloid was likely to help patients with Alzheimer's disease."

"This pivotal question was not discussed at the advisory committee meeting, and its premise was specifically excluded from discussion," he wrote in his letter of resignation to FDA Acting Commissioner Janet Woodcock.

Calling the agency's decision a "debacle," Dr. Kesselheim said the move "will undermine the care of these patients, public trust in the FDA, the pursuit of useful therapeutic innovation and the affordability of the healthcare system."

Biogen has set the cost of the injectable drug at about $56,000 annually, another issue that has contributed to criticism of the medicine. 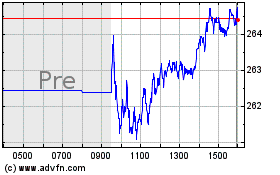