Bank of Commerce Holdings (NASDAQ: BOCH) (the “Company”), a $1.740 billion asset bank holding company and parent company of Merchants Bank of Commerce (the “Bank”), today announced the Bank’s expansion to San Francisco’s North Bay markets through the opening of a Loan Production Office (LPO) in Santa Rosa on December 1, 2020. The LPO will be led by Steve Tagnolli whose title will be Senior Vice President, North Bay Regional Manager. The Bank fully intends to transition the LPO into a full service deposit and loan operation.

“This expansion of our operations into the North Bay aligns with our strategic vision of pursuing opportunities in economically attractive markets near our existing footprint and led by talented bankers,” said Randy Eslick, President and Chief Executive Officer. “I am pleased and excited to have Steve join our team. He is a highly skilled and experienced banker, and a lifelong resident of the North Bay who is well known in these attractive markets.”

“I am thrilled to be a part of a company that can pivot during an unprecedented global pandemic and expand their services into the North Bay. As a 3rd generation Santa Rosan, I look forward to building a talented team to provide the exceptional service Merchants Bank of Commerce is known for,” said Steve Tagnolli, Regional Manager.

About Bank of Commerce Holdings

Bank of Commerce Holdings is a bank holding company headquartered in Sacramento, California and is the parent company for Merchants Bank of Commerce. The Bank is an FDIC-insured California banking corporation providing community banking and financial services in northern California’s wine country and the Sacramento Valley along the Interstate 5 corridor from Sacramento to Yreka. The Bank was incorporated as a California banking corporation on November 25, 1981 and opened for business on October 22, 1982. The Company’s common stock is listed on the NASDAQ Global Market and trades under the symbol “BOCH”. 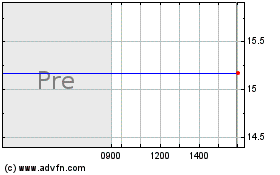