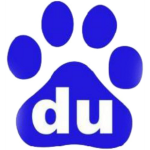 The U.S. government is expected to let Americans continue to invest in Chinese technology giants Alibaba Group Holding Ltd., Tencent Holdings Ltd. and Baidu Inc., after weighing the firms' alleged ties to China's military against the potential economic impact of banning them.

New York-listed Alibaba and Baidu, and Hong Kong-listed Tencent, were among a dozen companies being examined for inclusion in a Defense Department list of firms deemed to support China's military, intelligence and security services, according to people familiar with the matter. U.S. investors have until November to divest their holdings of any firm on the list.

The U.S. no longer plans to add the three firms, which have about $1.4 trillion in combined market capitalization, to the list. Nine other Chinese companies will be added, as well as more than 100 subsidiaries of companies already on the list, the people said.

The decision caps off a weekslong battle that pit Treasury officials, who feared widespread selloffs and economic fallout, against State Department and Pentagon officials seeking a tougher line against Beijing. In the end, Treasury Secretary Steven Mnuchin prevailed.

The additions to the list will be submitted to Congress and released publicly as soon as Wednesday, said two of the people familiar.

U.S. government officials agreed to keep the three companies off the list following a meeting of top officials on Tuesday afternoon, according to people familiar with the matter. After reviewing classified material, members of the National Security Council, State Department and Pentagon agreed that the companies should be classified as linked to Chinese military, intelligence and security services.

Until the last minute, many in the State Department and Pentagon believed that this agreement made a compelling case for the companies to be included in the list once administrative kinks were ironed out, said the people familiar with the matter.

Mr. Mnuchin disagreed. Without a clear consensus, the group couldn't proceed with adding the companies to the list.

Mr. Mnuchin has said that he believed including such major companies would destabilize markets and create economic fallout, said a person familiar with the matter. Alibaba and Tencent are China's most valuable publicly listed companies. Treasury has been concerned about the capital markets impact of extending the ban, which has already roiled investors and prompted stock exchanges and index providers to drop some companies, and U.S. investment banks to delist some derivative products.

Baidu, Alibaba and Tencent, known colloquially by investors as the 'BAT, ' have long been synonymous with China's internet and their growing clout in the world's second-largest economy. They are heavyweights in popular global stock indexes and exchange-traded funds that track those benchmarks, and their market values have soared in recent years.

E-commerce giant Alibaba, which raised $25 billion in a listing on the New York Stock Exchange in 2014, still holds the record for the largest U.S. initial public offering. Baidu, which operates a popular Chinese search engine, has been listed on the Nasdaq Stock Market since 2005. Tencent, which owns the popular WeChat social media app and is the world's largest videogame company by revenue, has ADRs that trade in the U.S. over-the-counter market.

In recent years, government officials and many businesses have come to regard China as a bigger economic and political rival. However, Wall Street remains enthusiastic and investors continue to plow money into China.

Declining to ban the companies "would be a recipe for America being held hostage to Chinese success in ramping up its investment exposure in the U.S. capital markets," said Roger Robinson, chief executive of RWR Advisory Group and former chairman of the Congressional U.S.-China Economic and Security Review Commission.

Bans on investment in new companies on the list will take effect in 60 days, after which investors have a year to divest their holdings.

The list was expanded in December and recently had 35 companies. They include the privately held parents of China's three listed telecommunications carriers, as well as China's largest chip maker, plus surveillance, aerospace, shipbuilding, and construction companies.

With the top ranks of government having weighed in on the matter, the most important shot at blacklisting the three companies in the Trump administration has now passed, a U.S. government official said. It is unclear if the incoming Biden administration will seek to keep the ban.

Write to Jing Yang at Jing.Yang@wsj.com, Dawn Lim at dawn.lim@wsj.com and Gordon Lubold at Gordon.Lubold@wsj.com 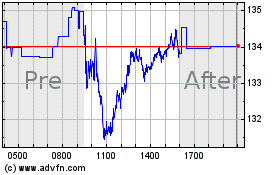