FDA approval results in the only label of its kind for more than 3 million patients in the United States, significantly expanding AtriCure’s addressable market

AtriCure, Inc. (Nasdaq: ATRC), a leading innovator in treatments for atrial fibrillation (Afib) and left atrial appendage (LAA) management, today announced U.S. Food and Drug Administration (FDA) approval of the EPi-Sense® System to treat patients diagnosed with long-standing persistent Afib. The CONVERGE™ trial demonstrated superiority in the hybrid AF™ therapy arm compared to endocardial catheter ablation alone. In patients diagnosed with long-standing persistent Afib, the hybrid therapy arm showed a 29% absolute difference in efficacy at 12-months (78% relative improvement) and an absolute difference of 35% at 18 months (110% relative improvement). There was also a 33% absolute difference in Afib burden reduction in favor of the hybrid AF therapy at 12 months, which increased to 37% at 18 months.

“FDA approval is a monumental step forward in the market focused on patients with the most advanced and difficult to treat Afib,” said Michael Carrel, President and Chief Executive Officer at AtriCure. “The long-standing persistent Afib population represents over three million patients in the United States alone, or nearly half of all diagnosed Afib patients. This approval will enable us to educate and train physicians across the country on the benefits of hybrid AF therapy in treating long-standing persistent Afib patients. In addition to superior clinical results, the procedure significantly improves electrophysiology lab efficiency by reducing endocardial ablation times by over 40 minutes, improving throughput and enabling more patients to be treated.”

“This therapy should help change the standard of care and improve the lives of millions of patients. Due to less than optimal outcomes with endocardial ablation alone, many patients in whom Afib has progressed are not even considered for ablation treatment today. The high-quality evidence from the CONVERGE trial should encourage cardiologists, electrophysiologists and surgeons, as a team, to consider this procedure for these patients,” said David DeLurgio, M.D., Director of Electrophysiology at Emory St. Joseph’s Hospital, and the trial’s global principal investigator. “The improvement using the EPi-Sense System for posterior left atrial wall and pulmonary vein ablation, in combination with an endocardial catheter to address lesion gaps, is truly remarkable. Additionally, Afib burden reduction results are especially encouraging as they mirror our experience as well as peer reviewed published data outside of the trial.”

Afib affects over 33 million people worldwide and approximately 45% of those people have long-standing persistent Afib.1 Afib increases the risk of stroke and is linked with increased risk of mortality. The number of people with Afib is expected to increase significantly over the next decade.

“Hybrid AF therapy is the only FDA-approved minimally invasive ablation procedure to treat patients who have been in continuous Afib for more than one year, which is a large number of my patients,” said Hugh Calkins, M.D., Director of the Arrhythmia Service and the Clinical Electrophysiology Lab at Johns Hopkins University. “These patients with advanced Afib are very difficult to treat with catheter ablation alone. The data from the CONVERGE trial is compelling, and patients will benefit greatly from having this treatment.”

Data from the CONVERGE trial at 18 months has shown that hybrid AF therapy provides durable, sustained efficacy. In the treatment arm, freedom from all arrhythmias in the long-standing persistent population was 61%, versus 26% for endocardial catheter ablation alone. Freedom from Afib alone at 18-months was 68% for hybrid AF therapy, versus 30% in the catheter ablation arm for the same group of patients.

“These 18-month results are incredible and demonstrate the durability of the procedure,” said Dr. DeLurgio. “This is a key finding from the trial and shows that patients who undergo a hybrid procedure should expect continued freedom from Afib. I’m really looking forward to seeing this therapy expand and impact more patients who have no other effective treatment options.”

Freedom from AF through 12 months *

Freedom from AF through 18 months *

About the CONVERGE Trial

The CONVERGE trial was a landmark prospective, superiority, randomized controlled pivotal trial to evaluate the overall success of hybrid ablation compared to endocardial catheter ablation alone for patients with persistent or long-standing persistent Afib. The procedure combines a minimally invasive, closed chest epicardial ablation performed by a surgeon using the AtriCure EPi-Sense System with endocardial radiofrequency catheter ablation performed by an electrophysiologist. The trial enrolled 153 patients at 27 locations (25 in the United States and 2 in the United Kingdom). Patients were randomized at a rate of 2:1 and received either the hybrid procedure or an endocardial catheter ablation alone.

This press release contains “forward-looking statements,” which are statements related to future events that by their nature address matters that are uncertain. All forward-looking information is inherently uncertain and actual results may differ materially from assumptions, estimates or expectations reflected or contained in the forward-looking statements as a result of various factors. For details on the uncertainties that may cause our actual results to be materially different than those expressed in our forward-looking statements, see our Annual Report on Form 10-K and Quarterly Reports on Form 10- Q filed with the SEC and available at http://www.sec.gov, which contain risk factors. Forward-looking statements address our expected future business, financial performance, financial condition as well as results of operations, and often contain words such as “intends,” “estimates,” “anticipates,” “hopes,” “projects,” “plans,” “expects,” “seek,” “believes,” “see,” “should,” “will,” “would,” “could,” “target,” “guidance,” “forecast,” “goal,” “objective,” “aim,” and similar expressions and the negative versions thereof. Such statements are based only upon current expectations of AtriCure. Any forward-looking statement speaks only as of the date made. Reliance should not be placed on forward-looking statements because they involve known and unknown risks, uncertainties and other factors which may cause actual results, performance or achievements to differ materially from those expressed or implied. Forward-looking statements include statements that address activities, events or developments that AtriCure expects, believes or anticipates will or may occur in the future, including, without limitation, statements about AtriCure's anticipated future operating and financial performance, business plans, clinical trials, and prospects and expectations for our product pipeline. Forward-looking statements are based on AtriCure's experience and perception of current conditions, trends, expected future developments and other factors it believes are appropriate under the circumstances and are subject to numerous substantial risks and uncertainties, many of which are beyond AtriCure's control. These risks and uncertainties include, but are not limited to: whether AtriCure will be able to successfully execute its commercialization plans for or otherwise expand the development of CONVERGE; whether the market opportunity for CONVERGE is consistent with the Company’s expectations and market research; whether AtriCure will be able to generate its projected net product revenue in the timeline expected, or at all; whether AtriCure’s cash resources or other financing sources will be sufficient to fund AtriCure’s foreseeable and unforeseeable operating expenses and capital expenditure requirements; other matters that could affect the availability or commercial potential of CONVERGE and AtriCure’s other product candidates; risks associated with market acceptance of CONVERGE; costs associated with defending intellectual property infringement, product liability and other claims; regulatory developments in the United States, Europe and other jurisdictions; and other important factors, including, without limitation, the effects of the coronavirus COVID-19 pandemic on the market and AtriCure’s financial condition and results of operations, any of which could cause AtriCure’s actual results to differ from those contained in the forward-looking statements or otherwise discussed in AtriCure’s reports filed with the U.S. Securities and Exchange Commission. With respect to the forward-looking statements, we claim the protection of the safe harbor for forward-looking statements contained in the Private Securities Litigation Reform Act of 1995. We undertake no obligation to publicly update or revise any forward-looking statements to reflect new information or future events or otherwise unless required by law. 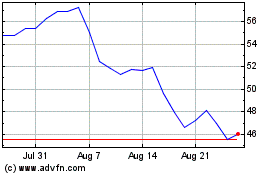 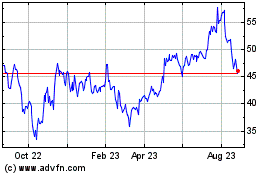 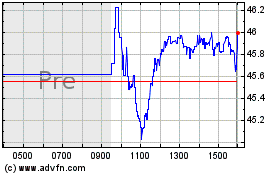