If an emerging growth company, indicate by check mark if the registrant has elected not to use the extended transition period for complying with any new or revised financial accounting standards provided pursuant to Section 13(a) of the Exchange Act.     ¨

On August 6, 2019, the Board of Directors (the “Board”) of Assembly Biosciences, Inc. (the “Company”) appointed John G. McHutchison, A.O., M.D. as the Company’s Chief Executive Officer and President, effective as of August 6, 2019 (the “Start Date”). In this role, Dr. McHutchison will be the Company’s “principal executive officer” as such term is used for purposes of the rules and regulations of the Securities and Exchange Commission. In connection with his appointment as Chief Executive Officer and President, Dr. McHutchison was also appointed a director of the Company to fill the newly created vacancy resulting from an increase in the number of authorized members of the Board, as described below under Item 5.03, until the Company’s 2020 annual meeting of stockholders and until his successor is duly elected and qualified, or, if sooner, until his earlier death, resignation or removal.

If Dr. McHutchison’s employment is terminated as a result of his death, then the Company will pay to his estate his then-current base salary for a period of 12 months following such termination, reduced to the extent of any life insurance benefit provided by the Company.

Dr. McHutchison also was granted a non-qualified stock option to purchase 500,000 shares of the Company’s common stock (the “New Hire Stock Option”). The New Hire Stock Option vests over three years as follows: one-third will vest on the first anniversary of the date of grant, August 6, 2020; and the remaining two-thirds will vest in 24 equal monthly installments, with the option becoming fully vested on August 6, 2022. Dr. McHutchison also was granted 100,000 restricted stock units, which vest over three years in approximately three equal installments on the first three anniversaries of the date of grant and, within 45 days of the Start Date, he will be granted 100,000 performance-based restricted stock units, which will vest upon the achievement of performance metrics to be determined by the Board in consultation with Dr. McHutchison (collectively, the restricted stock units and the New Hire Stock Options, the “New Hire Equity Awards”). The New Hire Equity Awards are subject to Dr. McHutchison’s continued service with the Company through the applicable vesting dates and to acceleration upon the occurrence of certain events as set forth in the equity award agreements and his employment agreement.

The foregoing description of the terms of Dr. McHutchison’s employment agreement does not purport to be complete and is qualified in their entirety by reference to the complete text of the employment agreement, which will be filed as an exhibit to the Company’s Quarterly Report on Form 10-Q for the period ended September 30, 2019.

Prior to joining the Company, Dr. McHutchison, age 61, was the Chief Scientific Officer and Head of Research and Development of Gilead Sciences, Inc. (“Gilead”). Prior to joining Gilead in 2010, Dr. McHutchison worked at Duke University Medical Center, where he served as Associate Director of the Duke Clinical Research Institute. He also held the positions of Professor of Medicine in the Division of Gastroenterology at Duke University Medical Center, Associate Director at Duke Clinical Research Institute and Co-Director of the Duke Clinical and Translational Science Award. Prior to his positions at Duke University, Dr. McHutchison spent nearly 10 years at Scripps Clinic, most recently as Medical Director, Liver Transplantation. He also previously held an Assistant Professorship in Medicine at the University of Southern California. In June 2018, Dr. McHutchison was appointed an Officer of the Order of Australia in recognition of his distinguished service to medical research in gastroenterology and hepatology. Dr. McHutchison has undergraduate degrees in medicine and surgery from the University of Melbourne in Australia and completed his residency in internal medicine and fellowship in gastroenterology at the Royal Melbourne Hospital. He is a member of the Royal Australasian College of Physicians.

Transition of Derek A. Small, as Chief Executive Officer and President

On August 7, 2019, the Company announced that Derek A. Small has stepped down as the Company’s Chief Executive Officer and President effective as of August 6, 2019. Mr. Small also resigned from the positions of principal executive officer and principal financial officer. Mr. Small will continue as an employee in the role of Senior Advisor to the Chief Executive Officer through December 31, 2019 (the “Separation Date”) and then following the Separation Date, Mr. Small will transition to a consultant. Mr. Small will remain on the Board until the Company’s 2020 annual meeting of stockholders and until his successor is duly elected and qualified, or, if sooner, until his earlier death, resignation or removal.

Item 5.03 Amendments to Articles of Incorporation or Bylaws; Change in Fiscal Year.

On August 6, 2019, the Board amended the Company’s amended and restated bylaws (the “Bylaws”). The amendment took effect immediately upon approval by the Board. The amendment increased the maximum number of individuals that may serve on the Board to ten (10).

The amendment changes the range in which the number of directors on the Board may be set to not more than ten (10) but not less than three (3). 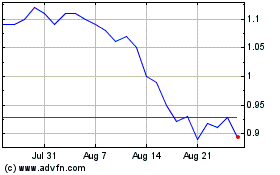 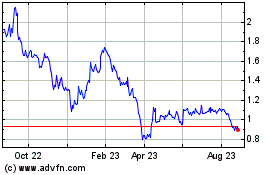 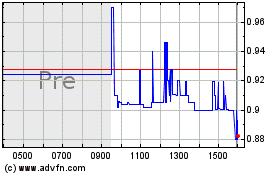