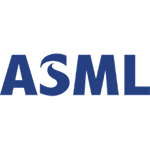 ASML Holding NV on Wednesday raised its revenue guidance for 2021 citing a significant increase in demand, as semiconductor makers worldwide look to increase production to address a global chip shortage.

The Dutch company, which supplies equipment to the world's largest chip makers, said it received a boost from the semiconductor shortage in the first quarter as customers sought to upgrade their machines to enhance productivity. As a result, ASML's net profit soared and sales were ahead of the company's forecasts.

Analysts say ASML stands to gain further as chip makers accelerate their spending plans to strengthen production capacity amid a chip shortage that has slowed production at car makers and electronics companies around the world.

"We have seen a significant spurt in terms of customer demand," ASML President and Chief Executive Peter Wennink said.

ASML now expects revenue growth to be toward 30% this year compared with its previous guidance of double-digit sales growth. Based on divisional guidance, analysts had estimated that ASML's previous revenue expectations implied a 12% rise.

The Dutch maker of semiconductor equipment made a net profit for the first quarter of 1.33 billion euros ($1.60 billion) compared with EUR390.6 million for the same period last year.

Quarterly net sales increased to EUR4.36 billion from EUR2.44 billion a year before, with a gross margin of 53.9%.

The company had guided for first-quarter net sales of between EUR3.9 billion and EUR4.1 billion, and for a gross margin of between 50% and 51%.

For the second quarter, ASML expects revenue to be between EUR4.0 billion and EUR4.1 billion with a gross margin around 49%.

Mr. Wennink said the company's second-quarter performance will be held back by software upgrades that were brought forward to the first quarter and revenue recognition that will be booked in the third.

To accelerate chip production, customers have asked ASML to skip machine factory-acceptance tests in the Netherlands and ship the units directly to the customers to do tests at their facilities, which saves a couple of weeks, Mr. Wennink added.

The current surge in demand is being driven by last year's caution regarding Covid-19 and should subside in 2022, Mr. Wennink said. However, there is a secular demand driver linked to innovations like 5G, artificial intelligence and high-performance computing that will be there for years to come, he added.

Geopolitical tensions and a desire for tech sovereignty in the U.S., Europe and Asia are also expected to create additional demand for semiconductor equipment, as more chip-fabrication plants are built across the globe, he said.

The company said it is planning to increase production of EUV tools to 55 systems next year, but that it is limited by supply constraints for this year.

ASML also said it expects an early completion of its EUR6 billion share-buyback program launched in January 2020, as its expected cash generation will enable significant share repurchases in the coming quarters. 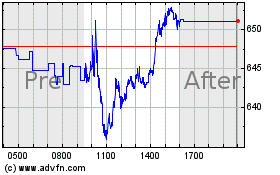