Aptinyx Inc. (Nasdaq: APTX), a clinical-stage biopharmaceutical company developing transformative therapies for the treatment of brain and nervous system disorders, today announced the initiation of a Phase 2 clinical study of its novel NMDA receptor modulator, NYX-458, for the treatment of mild cognitive impairment associated with Parkinson’s disease. The company expects to report top-line data from the 135-patient Phase 2 study in the second half of 2021.

“The initiation of this study marks an important milestone as we seek to bring a better therapeutic option to patients suffering from cognitive impairment,” said Norbert Riedel, Ph.D., president and chief executive officer of Aptinyx. “Based on the striking reversal of cognitive deficits we observed with NYX-458 in a non-human primate model of Parkinson’s disease, as well as the favorable safety we observed in a Phase 1 study, we are excited about the potential for NYX-458 to alleviate the cognitive impairment associated with Parkinson’s disease.”

“While motor symptoms represent the classical features of Parkinson’s patients, more than half of all people suffering from the disease are also afflicted by cognitive symptoms,” said C. Warren Olanow, M.D., chief executive officer of CLINTREX, professor emeritus in the Departments of Neurology and Neuroscience at the Mount Sinai School of Medicine, and renowned Parkinson’s expert. “The neurodegeneration that occurs in Parkinson’s disease is believed to cause a disruption in NMDA receptor processes that are critical for normal cognitive function. If NYX-458 can address these aberrant processes, it could prove to be an important therapeutic advance, as currently available therapies for treating cognitive symptoms in PD have limited efficacy. Indeed, no therapy has been approved for the treatment of MCI in PD, which remains a substantial unmet need.”

About the Phase 2 Cognitive Impairment in Parkinson’s Disease StudyThe Phase 2 study is a randomized, double-blind, parallel-design, placebo-controlled study to evaluate the safety and potential cognitive benefits of NYX-458 in approximately 135 patients with mild cognitive impairment associated with Parkinson’s disease. The study will evaluate daily oral dosing of NYX-458—10 mg, 30 mg, or 100 mg—compared to placebo over a 12-week period. The effects of NYX-458 on cognitive performance will be evaluated across multiple endpoints related to attention, memory, executive function, visuospatial deficits, and patient quality of life. Aptinyx anticipates reporting top-line data from this study in the second half of 2021.

About NYX-458NYX-458 is a novel oral NMDA receptor modulator currently in clinical development for the treatment of cognitive impairment associated with Parkinson’s disease. NYX-458 has been shown to reverse cognitive deficits in non-human primates in a model that is highly translatable to Parkinson’s disease in humans. NYX-458 has also been shown to improve cognitive performance across various other preclinical models of neurodegeneration. In a Phase 1 clinical study, NYX-458 exhibited a favorable safety and tolerability profile across a wide dose range and achieved CNS exposures consistent with exposures observed at efficacious preclinical dose levels.

About AptinyxAptinyx Inc. is a clinical-stage biopharmaceutical company focused on the discovery, development, and commercialization of proprietary synthetic small molecules for the treatment of brain and nervous system disorders. Aptinyx has a platform for discovery of novel compounds that work through a unique mechanism to modulate—rather than block or over-activate—NMDA receptors and enhance synaptic plasticity, the foundation of neural cell communication. The company has three product candidates in clinical development in central nervous system indications, including chronic pain, post-traumatic stress disorder, and cognitive impairment associated with Parkinson’s disease. Aptinyx is also advancing additional compounds from its proprietary discovery platform, which continues to generate a rich and diverse pipeline of small-molecule NMDA receptor modulators with the potential to treat an array of neurologic disorders. For more information, visit www.aptinyx.com.

Forward-Looking StatementsStatements contained in this press release regarding matters that are not historical facts are “forward-looking statements” within the meaning of the Private Securities Litigation Reform Act of 1995. Because such statements are subject to risks and uncertainties, actual results may differ materially from those expressed or implied by such forward-looking statements. Such statements include, but are not limited to, statements regarding the company’s business plans and objectives, including future plans or expectations for NYX-458, therapeutic effects of the company’s product candidates, expectations regarding the design, implementation, timing, and success of its current and planned clinical trials, expectations regarding its preclinical development activities, and expectations regarding its uses and sufficiency of capital. Risks that contribute to the uncertain nature of the forward-looking statements include: the success, cost, and timing of the company’s product candidate development activities and planned clinical studies; the company’s ability to execute on its strategy; regulatory developments in the United States and foreign countries; as well as those risks and uncertainties set forth in the company’s most recent annual report on Form 10-K and in its other filings and reports with the United States Securities and Exchange Commission. All forward-looking statements contained in this press release speak only as of the date on which they were made. Aptinyx undertakes no obligation to update such statements to reflect events that occur or circumstances that exist after the date on which they were made. 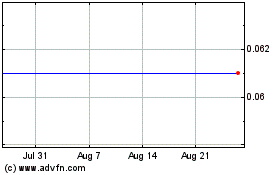 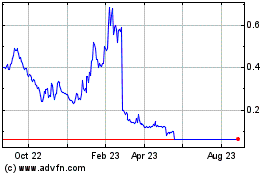 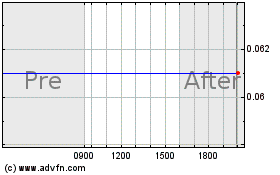