Applied DNA Sciences, Inc. (NASDAQ: APDN) (the “Company”), a leader in cell-free, enzymatic DNA production, and Spindle Biotech Inc. (“Spindle Biotech”), a company focused on the development of a novel, high yield, and low-cost RNA production systems, today announced that the two companies have executed a non-binding letter of intent (“LOI”) that outlines the terms of a collaborative research agreement (the “Definitive Agreement”) to investigate the feasibility of utilizing the Company’s LinearDNATM platform to produce chemically modified DNA templates for use in Spindle Biotech’s proprietary, high yield RNA manufacturing system. The companies believe the combination of their respective platforms provides for a simplified, high yield, and 100% cell-free workflow that is differentiated from current mRNA production that uses plasmid DNA (pDNA). In addition to increased speed and purity, the use of LinearDNA as an IVT template for mRNA production removes several complex manufacturing steps necessitated by pDNA.

Dr. James A. Hayward, president and CEO of Applied DNA, stated, “We believe that Spindle’s mRNA manufacturing approach is a very good fit for our LinearDNA platform, which excels at the efficient production of chemically modified DNA constructs. As demand for mRNA therapeutics grows, Spindle Biotech and we are pursuing a simplified and efficient method to produce mRNAs with potential advantages in terms of cost, complexity, and production time versus standard pDNA methods to produce mRNA.”

The LinearDNA platform also has non-biologic applications, such as supply chain security, anti-counterfeiting and anti-theft technology. Key end-markets include textiles, pharmaceuticals and nutraceuticals, and cannabis, among others.

Applied DNA is a member of the Russell Microcap® Index.

Spindle Biotech Inc. is commercializing a proprietary RNA polymerase for large-scale mRNA vaccine production. Recent advances in mRNA technology have shown the growing importance of synthetic RNA in biological systems due to its desirable transient property. Typical mRNA vaccine companies spend up to 60% of their cost of goods on raw materials such as enzymes and DNA templates. Spindle's platform provides a unique solution in producing high-quality RNA on-demand and in high yield, significantly reducing the cost of goods for mRNA production. The company will initially focus on commercializing mRNA production, then on other biomolecules syntheses, such as protein or antibody, for broader biological applications.

The statements made by Applied DNA in this press release may be “forward-looking” in nature within the meaning of Section 27A of the Securities Act of 1933, Section 21E of the Securities Exchange Act of 1934 and the Private Securities Litigation Reform Act of 1995. Forward-looking statements describe Applied DNA’s future plans, projections, strategies, and expectations, and are based on assumptions and involve a number of risks and uncertainties, many of which are beyond the control of Applied DNA. Actual results could differ materially from those projected due to, its history of net losses, limited financial resources, limited market acceptance, the uncertainties inherent in research and development, future clinical data and analysis, including whether any of Applied DNA’s or its partner’s therapeutic candidates or manufacturing platforms will advance further in the preclinical research or clinical trial process, including receiving clearance from the U.S. Food and Drug Administration (FDA), United State Department of Agriculture (USDA) or equivalent foreign regulatory agencies to conduct clinical trials and whether and when, if at all, they will receive final or conditional approval from the FDA, USDA or equivalent foreign regulatory agencies, the unknown outcome of any applications or requests to FDA, USDA or equivalent foreign regulatory agencies, whether results from preclinical studies will be predictive of the results of later preclinical studies and clinical trials, the unknown ability to manufacture therapeutic grade DNA in large quantities, the fact that there has never been a commercial drug product utilizing PCR-produced DNA technology approved for therapeutic use, and various other factors detailed from time to time in Applied DNA’s SEC reports and filings, including our Annual Report on Form 10-K filed on December 9, 2021, its Quarterly Report on Form 10-Q filed on February 10, 2022 and other reports it files with the SEC, which are available at www.sec.gov. Applied DNA undertakes no obligation to update publicly any forward-looking statements to reflect new information, events, or circumstances after the date hereof or to reflect the occurrence of unanticipated events, unless otherwise required by law. 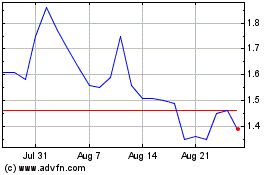 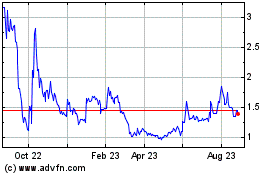 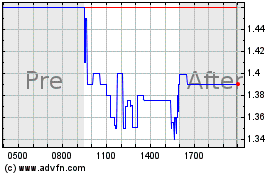