Popular trading platforms run by Bank of America Corp., TD Ameritrade Holding Corp. and Vanguard Group suffered glitches Tuesday that rendered them inaccessible or slow to use, frustrating investors on a landmark day for the U.S. stock market.

The snafus began as markets opened at 9:30 a.m. ET, before the Dow Jones Industrial Average surpassed 30000 for the first time, according to the tech-service tracker Downdetector.

Users of Bank of America's Merrill Edge platform shared screenshots indicating that its site was temporarily unavailable. Mark Chockalingam, an investor in Sudbury, Mass., said he was unable to log into Merrill Edge for about four hours.

Mr. Chockalingam said he was hoping to lock in a profit on call options he recently bought on energy companies including Apache Corp. and Pioneer Natural Resources Co., which had jumped in value after a rally in the price of oil.

"If the brokerage is out, I'll be out thousands of dollars, even though I made the right call," said Mr. Chockalingam, who runs a supply-chain-management consulting firm. He was later able to connect to Merrill Edge.

A Bank of America spokesman said on Tuesday afternoon: "All systems are currently operating business as usual. Earlier, some clients experienced a technical issue when trying to log into MyMerrill and Merrill Edge."

Brokerage platforms run by TD Ameritrade -- including thinkorswim, which is popular with day traders -- suffered slowdowns at the start of the trading day, making it difficult to use its website or submit orders, users said.

"This morning, clients experienced a few minutes of slowness across our trading platforms at Market Open," said a spokeswoman for TD Ameritrade, which was recently acquired by Charles Schwab Corp. "The issue was quickly resolved."

A Vanguard spokeswoman confirmed that some clients may have experienced difficulty navigating its website for individual investors. "The issue is now resolved," she said. "We apologize for the inconvenience and thank clients for their patience."

U.S. stocks rallied after President Trump signaled late Monday that his administration would cooperate with President-elect Joe Biden to allow the presidential transition to go forward, removing a source of uncertainty that had dogged the market in recent weeks.

That triggered a huge spike in trading volume. Some 2.9 billion shares of New York Stock Exchange- and Nasdaq-listed stocks changed hands during the first half hour of trading on Tuesday, more than 80% higher than the average full-day volume this year, according to Dow Jones Market Data. 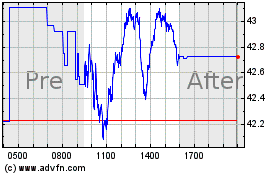