"Today's announcement officially launches the utility industry's capturing of the tremendous benefits of 900 MHz private LTE, a foundational element of a reliable and secure electric grid," said Anterix President & CEO Rob Schwartz. "As Anterix continues to collaborate with the fantastic team at Ameren to help achieve their broadband vision beyond these milestone agreements, we believe this partnership will also drive the utility sector's collective adoption of 900 MHz private LTE."

"We see 900 MHz private LTE as a vital component of our digitization strategy to support a wide range of benefits to Ameren and its customers, allowing for the eventual consolidation of over 20 of our legacy networks onto one platform," said Bhavani Amirthalingam, Senior Vice President and Chief Digital Information Officer for Ameren. "Anterix has been a valuable partner in our pursuit of the critical communications layer of our digital grid. Over the next several decades, this private LTE network will advance the reliability and security of the electric grid through a range of broadband-enabled applications and services, including the integration of distributed energy resources to help us meet our net-zero carbon emissions goal by 2050."

Recognizing the scarcity of the spectrum asset, Ameren was an early advocate for regulatory changes by the FCC that would enable broadband services in the 900 MHz spectrum band and is a founding member, along with Anterix, of the Utility Broadband Alliance. Ameren piloted multiple use cases, and after a successful outcome, elected to execute these agreements. Following Ameren's lead, numerous additional utilities are working with Anterix to explore 900 MHz private LTE opportunities.

The agreements are subject to customary terms and conditions, including board approvals as well as the conversion of Anterix's spectrum into broadband licenses in Ameren's service territories. For additional information regarding the terms of the lease agreements between Ameren and Anterix, please visit the Investor Relations page of the Anterix website at anterix.com/investors/.

At Anterix (NASDAQ: ATEX), we are focused on delivering transformative broadband that enables the modernization of critical infrastructure for the energy, transportation, logistics and other sectors of our economy. As the largest holder of licensed spectrum in the 900 MHz band, with nationwide coverage throughout the contiguous United States, Hawaii, Alaska and Puerto Rico, we are uniquely positioned to enable the private LTE broadband solutions that support secure, resilient and customer-controlled operations.

Any statements contained in this press release that do not describe historical facts are forward-looking statements as defined under the Federal securities laws. These forward-looking statements include statements regarding: (i) the Company's ability to qualify for and obtain broadband licenses pursuant to the terms of the Report & Order, (ii) the Ameren Board of Directors will approve the lease agreements, and (iii) the demand by other utilities and critical infrastructure enterprises to enter into long-term lease arrangements for the Company's spectrum assets and to deploy broadband LTE networks and solutions. Any such forward-looking statements are based on the Company's current expectations and are subject to a number of risks and uncertainties that could cause its actual future results to differ materially from its current expectations or those implied by the forward-looking statements, including: (i) Ameren Board of Directors may not approve the lease agreement; (ii) the Company may not be able to obtain broadband licenses on favorable terms and on a timely basis, or at all; (iii) the Company may not be successful in commercializing its spectrum assets to its targeted critical infrastructure and enterprise customers; (iv) the Company has no operating history with its proposed business plan, which makes it difficult to evaluate its prospects and future financial results; and (v) the ongoing coronavirus outbreak could adversely impact the Company's business, including its broadband licensing and commercialization efforts. These risks and uncertainties and other factors that may affect the Company's future results of operations are identified and described in more detail in its filings with the Securities and Exchange Commission (the "SEC"), including its Annual Report on Form 10-K for the fiscal year ended March 31, 2020, filed with the SEC on May 28, 2020. You should not place undue reliance on these forward-looking statements, which speak only as of the date of this press release. Except as required by applicable law, the Company does not intend to update any of the forward-looking statements to conform these statements to actual results, later events or circumstances, or to reflect the occurrence of unanticipated events. 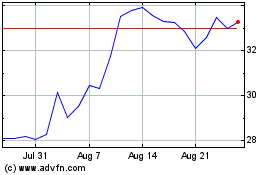 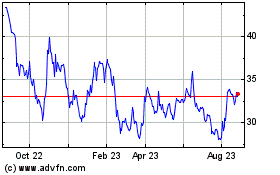 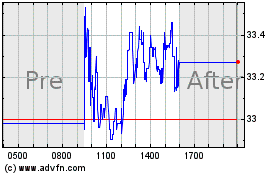