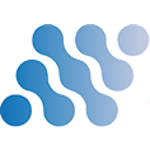 Such defects encompass a range of neurodevelopmental and neurological disorders, including but not limited to, Rett syndrome, Angelman syndrome, Williams syndrome, cerebral palsy, autism spectrum disorder, and multiple sclerosis.

ANAVEX®2-73 (blarcamesine) is an orally available, small-molecule activator of the sigma-1 receptor, which, data suggest, is pivotal to restoring neural cell homeostasis and promoting neuroplasticity.1

About and Rett Syndrome and Neurodevelopmental Disorders

Rett syndrome is a devastating, non-inherited genetic post-natal progressive neurodevelopmental disorder that occurs almost exclusively in girls and leads to severe impairments, affecting nearly every aspect of the child’s life: their ability to speak, walk, eat, and control some autonomic functions (e.g., peripheral vasomotor, breathing). The hallmark of Rett syndrome is near constant repetitive hand movements while awake. The disease is characterized by normal early growth and development (6 to 18 months) followed by a slowing of development, loss of purposeful use of the hands and spoken language, repetitive hand movements, gait impairments, autistic features, and, in a high proportion of individuals, seizures and behavioral abnormalities. Although there could be partial recovery of loss functions, most affected individuals showed marked communication and motor impairments and are diagnosed with intellectual disability.

Rett syndrome is caused by mutations in the MECP2 gene and strikes all racial and ethnic groups. The disease occurs worldwide in approximately one in every 10,000 to 15,000 live births. There is currently no cure for Rett syndrome. MECP2 mutations have been also associated with other clinical presentations, including autism spectrum disorder, Angelman-like syndrome, attention-deficit–hyperactivity disorder, nonspecific intellectual disability, bipolar disorder, schizophrenia, and in males severe postnatal encephalopathy. Abnormal MeCP2 expression has also been reported in the brain of individuals with autism spectrum disorder. While rare, health care costs associated with these conditions are long term and can be devastating.

About Multiple Sclerosis and Neurological Disorders

Neurological disorders are diseases of the peripheral and central nervous system (CNS). They include disorders of the brain, spinal cord, cranial nerves, peripheral nerves, nerve roots, autonomic nervous system, neuromuscular junction, and muscle. Multiple sclerosis (MS) is a type of neurological disorder, specifically a chronic inflammatory-neurodegenerative disease of the central nervous system (CNS), resulting in the accumulation of irreversible disabilities such as muscle weakness, visual disturbances, and other neurological impairments. MS is the most common autoimmune disorder of the CNS, and worldwide, ~2.3 million people are affected. Most people experience their first symptoms of MS between the ages of 20 and 40. Currently there is no cure for MS and many medications have serious side effects and some carry significant risks. A huge unmet need remains for agents directly interacting with the central nervous system to achieve regeneration, axonal protection, neuronal protection and remyelination.

Anavex Life Sciences Corp. (Nasdaq: AVXL) is a publicly traded biopharmaceutical company dedicated to the development of novel therapeutics for the treatment of neurodegenerative and neurodevelopmental disorders, including Alzheimer's disease, Parkinson's disease, Rett syndrome, and other central nervous system (CNS) diseases, pain, and various types of cancer. Anavex's lead drug candidate, ANAVEX®2-73 (blarcamesine), has successfully completed a Phase 2a clinical trial for Alzheimer's disease, a Phase 2 proof-of-concept study in Parkinson's disease dementia, and both a Phase 2 and a Phase 3 study in adult patients with Rett syndrome. ANAVEX®2-73 is an orally available drug candidate that restores cellular homeostasis by targeting sigma-1 and muscarinic receptors. Preclinical studies demonstrated its potential to halt and/or reverse the course of Alzheimer's disease. ANAVEX®2-73 also exhibited anticonvulsant, anti-amnesic, neuroprotective, and anti-depressant properties in animal models, indicating its potential to treat additional CNS disorders, including epilepsy. The Michael J. Fox Foundation for Parkinson's Research previously awarded Anavex a research grant, which fully funded a preclinical study to develop ANAVEX®2-73 for the treatment of Parkinson's disease. ANAVEX®3-71, which targets sigma-1 and M1 muscarinic receptors, is a promising clinical stage drug candidate demonstrating disease-modifying activity against the major hallmarks of Alzheimer's disease in transgenic (3xTg-AD) mice, including cognitive deficits, amyloid, and tau pathologies. In preclinical trials, ANAVEX®3-71 has shown beneficial effects on mitochondrial dysfunction and neuroinflammation. Further information is available at www.anavex.com. You can also connect with the company on Twitter, Facebook, Instagram, and LinkedIn.

1 Advances in Experimental Medicine and Biology Volume 964 (2017) Sigma Receptors: Their Role in Disease and as Therapeutic Targets. 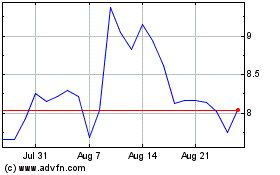 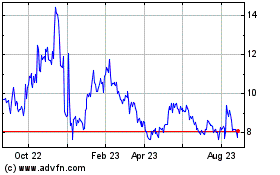 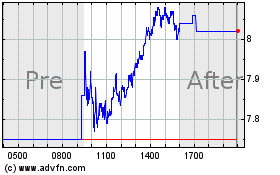