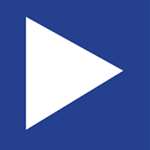 (Exact name of Registrant as Specified in its Charter)

On October 8, 2020, Analog Devices, Inc. (“ADI”) held a special meeting of shareholders (the “Special Meeting”). At the Special Meeting, ADI shareholders voted on the proposals identified below. Each of the proposals is described in detail in the definitive joint proxy statement/prospectus, dated September 4, 2020 (the “Definitive Joint Proxy Statement/Prospectus”), which ADI filed with the U.S. Securities and Exchange Commission and mailed to ADI shareholders in connection with the merger contemplated by the Agreement and Plan of Merger, dated as of July 12, 2020 (the “Merger Agreement”), by and among ADI, Magneto Corp., a wholly owned subsidiary of ADI, and Maxim Integrated Products, Inc. (“Maxim”).

As of the close of business on August 31, 2020, the record date for the Special Meeting, 369,559,767 shares of ADI common stock were issued and outstanding and entitled to vote at the Special Meeting. Proposal 1 below was approved and, although sufficient votes were received to approve Proposal 2, an adjournment of the Special Meeting was not necessary due to the approval of Proposal 1. The number of votes cast for or against, as well as abstentions, if applicable, with respect to each proposal is set out below:

Proposal 2: To approve the adjournment of the Special Meeting, if necessary or appropriate, to solicit additional proxies if there are insufficient votes at the time of the Special Meeting to approve the ADI Share Issuance Proposal or to ensure that any supplement or amendment to the Definitive Joint Proxy Statement/Prospectus is timely provided to ADI’s shareholders (the “ADI Adjournment Proposal”). The ADI Adjournment Proposal was approved by the following vote: 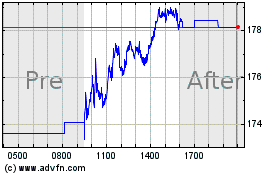